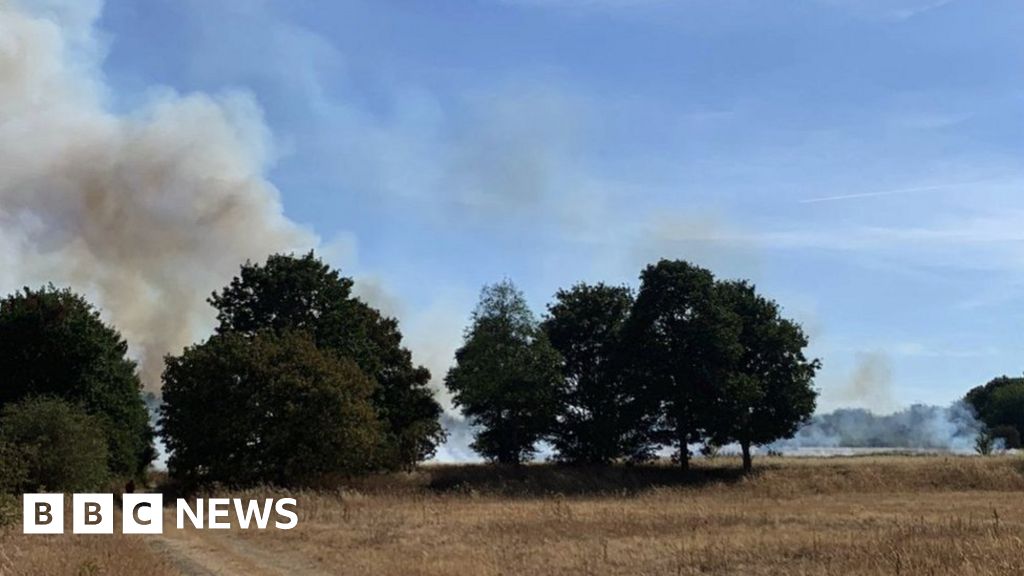 Eight fire engines and about 60 firefighters were sent to tackling a grass fire in south-east London.

About two hectares of shrubland are ablaze on Woolwich Common.

Crews from Plumstead, Eltham, Lee Green and other surrounding stations were called to the scene at about 16:20 BST.

The cause of the fire is not yet known.

Image caption, Smoke from the blaze could be seen across the area

An LFB spokesman said: “The fire is now under control. Firefighters will remain at the scene to dampen down the area.

“Please help to keep our city safe in the hot weather by ensuring cigarettes are properly disposed of and by clearing away any rubbish and glass.”

Red Cross official warns not to forget Yemen, other...

Royal Edinburgh Military Tattoo back with a bang after...

Nintendo Switch Online app just made it easier than...

China: Why some think “small eyes” are not beautiful

Electric buses to be introduced in West Yorkshire in...

Jamal Edwards: ‘Every young guy wanted to do what...

Three of the best Resident Evil games just got...

Meet The Cast of ‘Minx’ on HBO Max

What it will take to save American democracy

Court may pare back secrecy in campus sexual misconduct...

Prime-time network and cable viewership for week of July...

Record 46% of All Covid Tests in Philippines Come...

25 missing after ferry sinks in Indonesia

China’s ‘zero-COVID’ strategy failing to hold back coronavirus in...

Newcastle 2-0 Nottingham Forest: Howe says his side were 'excellent from start...