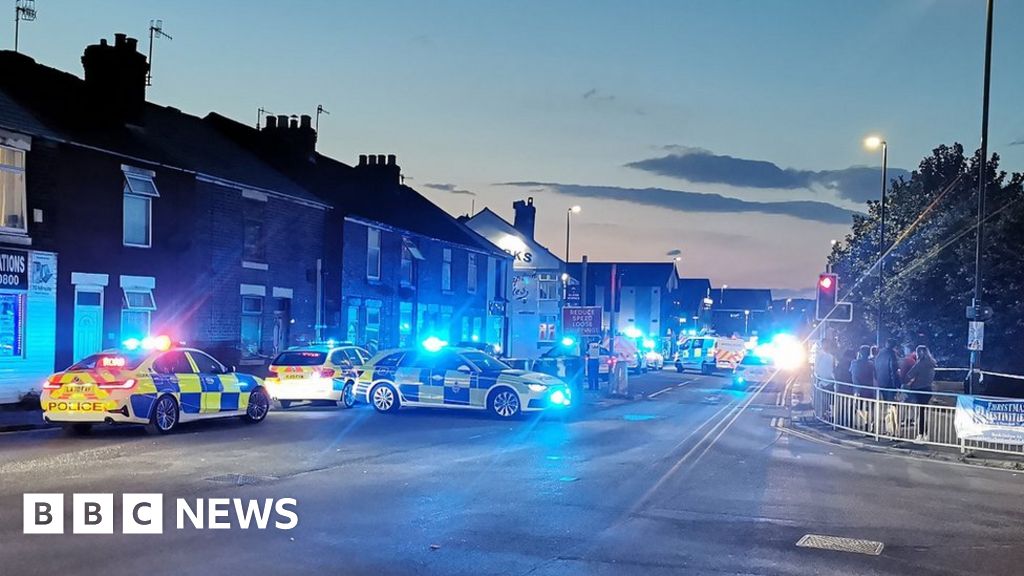 Five people have been injured when a vehicle crashed into a food hall in Derbyshire.

Emergency services were called to the Batch House food hall in Sheffield Road, in Chesterfield, just before 20:30 BST on Friday.

A spokesperson for the venue said a number of customers were “seriously injured” in the incident.

Derbyshire Police said that “following early enquiries officers do not believe it was a deliberate act”.

The Batch House – a venue for a number of food and drink sellers – put out a statement saying it would be closed on Saturday.

It added: “Last night, a car left the road collided into the rear of our building.

“This was a major incident with several of our customers seriously injured. Today our main priority are these customers.”

Emergency services, including the air ambulance, were at the scene opposite the Technique Stadium overnight and the road has been closed.

Police said those hurt included the vehicle driver and one person had been taken to hospital.

Officers have appealed for witnesses, especially anyone with dashcam footage to come forward.

Man charged with threatening the queen, possessing a weapon

India captained by Rohit Sharma for entire T20I and...

US intel assessment notes multiple Ukraine cities that may...

US says it will not resume Sudan aid after...

Police warned of US trucker protests around Super Bowl,...

The Climate Anxiety Discussion Has a Whiteness Problem

US Embassy warns Americans to avoid crowds in Russian...

The Last Case of Benedict Fox looks like my...

Officer and suspect killed, two other officers hospitalized in...

London fires: Thousands of calls on busiest day since...

Rogan mocks controversies in return to stand-up comedy: ‘I...

EXPLAINER: What is driving the current Israel-Gaza violence