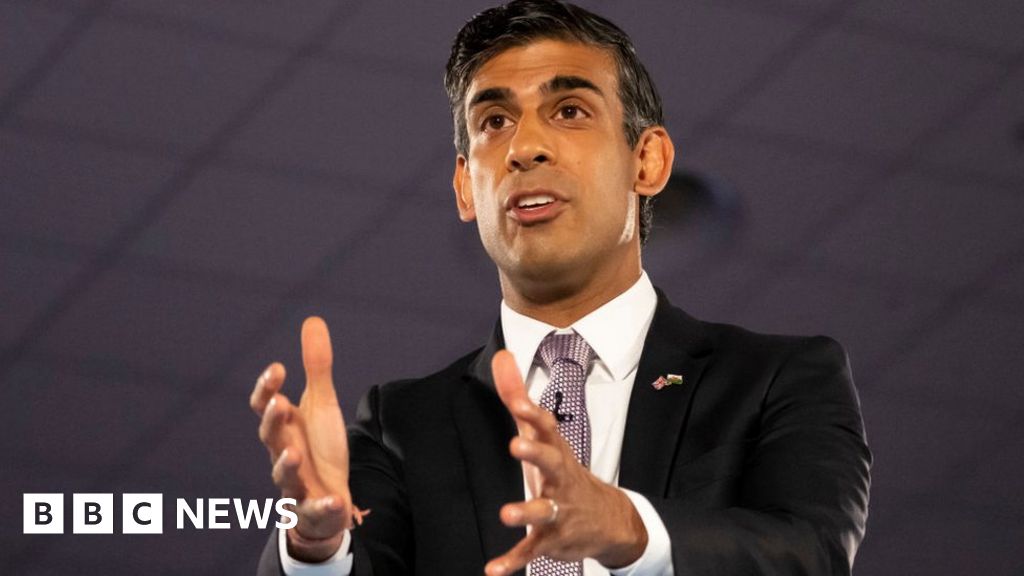 Mr Sunak said a UK government with him as prime minister would be the most active in Scotland in decades.

He has vowed to send ministers to Scotland more regularly and reform the so-called Union unit within Number 10.

It comes after Mr Sunak’s opponent Liz Truss said she would “ignore” Nicola Sturgeon and described the first minister as an “attention seeker”.

The SNP have accused Mr Sunak of not having “the faintest idea” about what people in Scotland are concerned with.

The former chancellor said his future reforms would ensure “every single” government department operates UK-wide, despite key policy areas like education and health having been in the control of Holyrood since devolution in 1999.

His plan also includes bolstering the Scottish Conservatives, providing a campaign manager in every seat at Holyrood elections, as well as conducting a review of the support from the central party for Douglas Ross’s Scottish team.

“Nicola Sturgeon and the SNP pose an existential threat to our cherished union,” Mr Sunak said.

“Arguing that we should ignore them is dangerously complacent.

“We can’t just bury our heads in the sand and pretend they aren’t there – we need to stop them in their tracks.

“That’s exactly what I would do as prime minister – holding the SNP to account for its failings and personally ensuring that the UK government has a laser focus on delivering for every part of our United Kingdom.”

SNP MP Mhairi Black said Mr Sunak does not have “the faintest idea” what ordinary people are dealing with.

“Rishi Sunak is the same man who has slashed Universal Credit by over £1,000 for millions, hiked National Insurance payments and has now just admitted he wants to take public money from the areas that need it most and hand it over to the wealthier towns,” she said.

“He has made it crystal clear that he stands for just one thing, making the rich richer and the poor poorer, and people across Scotland know this.

“As the richest MP in Westminster, he doesn’t have the faintest idea what ordinary people in Scotland, and elsewhere, are facing daily during this Tory-made cost-of-living crisis as bills and food prices sky-rocket.

“Scotland hasn’t voted for the Tories for more than 50 years, yet we keep getting saddled with Tory governments and Tory prime ministers who will only ever work to widen the inequalities gap and try to block Scotland’s democratic right to choose its own future.”

This Windows 11 update breaks as much as it...

One of the most prominent crypto hedge funds just...

What the Mormon Church Has Said About ‘Under the...

At least 10 dead in Indonesia earthquake as search...

Death of doctor who faced threats over COVID shocks...

‘Now I Had Proof’: Internet Backs Woman Who Put...

Trial delayed for man pictured in Pelosi’s office at...

Bear Kills Three Before Being Beaten to Death by...

Cost of living: Silly to give more support on...

The 2023 Toyota Sequoia SUV is a monster hybrid...

‘Uterus surveillance’: The scramble to keep abortion data from...

Donald Trump Arrives in New York, Yet To Share...

Former US attorney considering Senate run in Vermont as...

Kuwaiti minister in Lebanon over diplomatic row with gulf

California steps into the post-Roe future