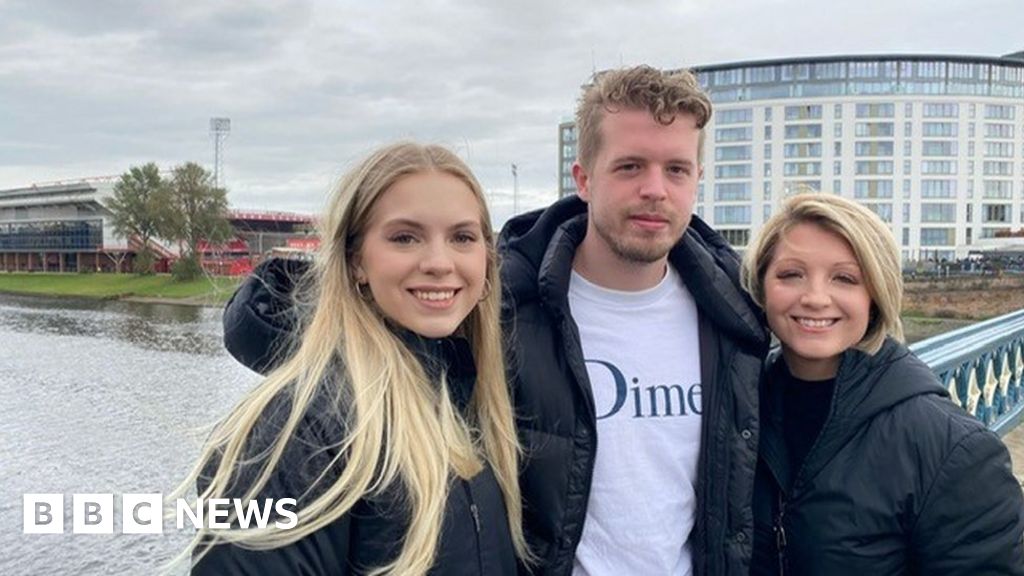 Nottingham Forest fans have spoken of their delight at the club’s return to the Premier League after more than two decades.

The Reds kick off their top flight comeback with a trip to Newcastle United.

Fan Tom Newton, 34, is making the trip to St James’s Park with his father and uncle.

Mr Newton said he and his family planned to drive up, due to the rail strikes.

“My dad is 61, so he remembers the glory days. He’s seen the good times but, apart from that early part of my life, the last few years have been pretty bleak,” he said.

“I don’t think it’s really sunk in yet that we are back.”

He said he was looking forward to seeing how players such as Brendan Johnson fared in the top flight.

“Also Jesse Lingard, who is one of the most high-profile players we have signed,” he said.

He said he knew the season would be tough but he hoped his team would follow in the footsteps of clubs such as Leicester City and Wolverhampton Wanderers, who have stabilised and thrived since promotion – Leicester spectacularly so.

“I think it’s too far-fetched to say we can be like Leicester but they have set the blueprint,” he said.

Image caption, Michaela (right) and her children are excited to be making the trip to Newcastle

Michaela Wilkinson, 45, from Wollaton is also making the trip up to Newcastle with her family.

“Twenty-three years is a long time to wait for this game, so I am thrilled to be going.

“I’m going to be wearing the T-shirt I wore to Wembley because it’s my lucky T-shirt now.”

“I think just going, to drive to Newcastle, to park and get that atmosphere will be amazing.

“I just hope we get behind them whatever happens.” Women’s Champions League: Rangers face Ferencvaros in round one...

Munich’s Oktoberfest finally back on after pandemic pause

Federal investigation continues into Hunter Biden even after he...

Russia’s war on Ukraine will shape the Czech EU...

We’re Seeing in Real Time Why We Don’t Build...

Plastic PPE to be recycled in waste-reduction project

What Americans think about the Capitol riot, as one...

Gwyneth Paltrow’s $120 disposable Goop diapers are not what...

‘How fast could you sell this?’ Russian elites scramble...

EXCLUSIVE Pope Francis denies he is planning to resign...

Can Arslan broke speed limit before murdering his neighbour

Africa finally has enough Covid shots. Is it too...

Laura Ingraham reveals the similarities between Joe Biden and...

Missouri officer dies after being shot during traffic stop

A judge could decide today if the Tulsa Race...

Cat’s Reaction After Realizing He’s at the Groomers Delights...