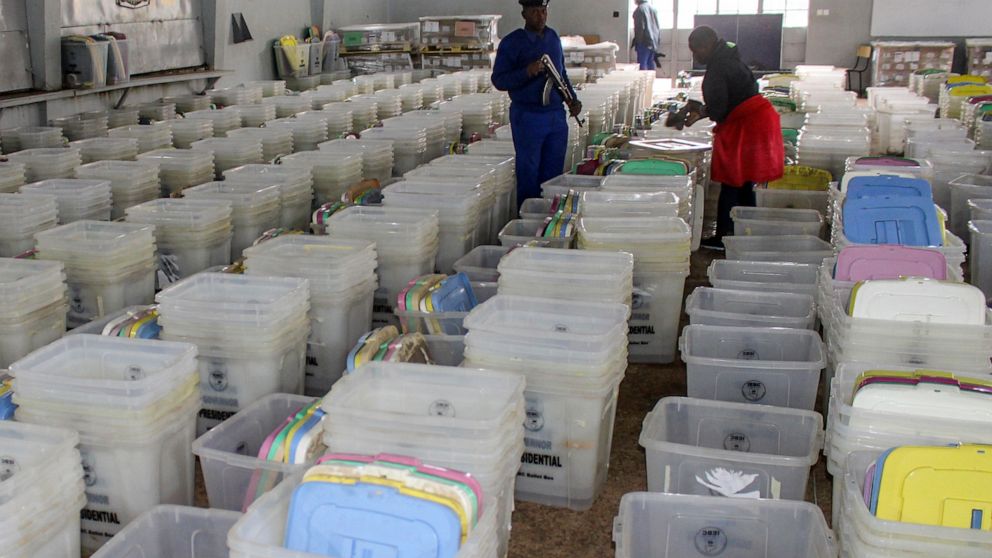 NAIROBI, Kenya — Kenyans vote Tuesday to choose a successor to President Uhuru Kenyatta. The race is close and could go to a runoff for the first time.

One top candidate is Raila Odinga, an opposition leader in his fifth run for the presidency who is being supported by former rival Kenyatta. The other is William Ruto, Kenyattas deputy who fell out with the president earlier in their decade in power.

Both tend to focus far more on domestic issues, raising the question of how either will follow up on Kenyatta’s diplomatic efforts for calm in neighboring Ethiopia or in the tensions between Rwanda and Congo.

Kenya is East Africas economic hub and home to about 56 million people. The country has a recent history of turbulent elections. Even then, it stands out for its relative stability in a region where some elections are deeply challenged and longtime leaders such as Rwandan President Paul Kagame and Ugandan President Yoweri Museveni have been declared the winner with almost 99% of votes, or been widely accused of physically cracking down on contenders.

Kenya has no transparency in campaign donations or spending. Some candidates for Parliament and other posts are estimated to be spending hundreds of thousands of dollars to gain access to power and its benefits, both legal and illegal.

WHAT ARE THE MAIN CANDIDATES’ PLATFORMS?

The 55-year-old Ruto promotes himself to the young and poor as a hustler who rose from humble beginnings as a chicken seller in contrast to the elite backgrounds of Kenyatta and Odinga. He seeks greater agricultural productivity and financial inclusion. Agriculture is a main driver of Kenyas economy and about 70% of the rural workforce is in farming.

The 77-year-old Odinga, famous for being jailed while fighting for multi-party democracy decades ago, has promised cash handouts to Kenyas poorest and more accessible health care for all.

WHAT DO VOTERS CARE ABOUT?

Odinga and Ruto have long circled among contenders for the presidency, and there is a measure of apathy among Kenyans, especially younger ones in a country where the median age is about 20. The electoral commission signed up less than half of the new voters it had hoped for, just 2.5 million.

Key issues in every election include widespread corruption and the economy. Kenyans have been hurt by rising prices for food and fuel in the wake of Russias invasion of Ukraine, and that comes after the financial pain of the COVID-19 pandemic. More than a third of the countrys youth are unemployed.

WHEN WILL KENYA HAVE A WINNER?

The previous presidential election in 2017 made history when a top court overturned the results and ordered a new vote, a first in Africa. If the courts again call for a new vote, such an election would take place within 60 days of the ruling. Candidates or others have a week after the results are declared to file a petition to the court, which has two weeks to rule on it.

Blake Masters: King of the Trolls

Two years on, foundations stand by issuing bonds in pandemic

The Secretary-General of the Organization of Petroleum Exporting Countries,...

Here’s How to Get into the Best Shape of...

U.S. soldier who was born into slavery promoted to...

New EU Rules on USB-C Charging Could Force an...

US Shipping Law Won’t Do Much to Address Soaring...

$61 million in refunds for customers in SC nuclear...

Suetonius says that Caligula wanted to be treated as...

Brexit Hobbled London Crypto. But That Could Soon Change

I would love a universal charger for iPhone and...

Former GOP rep says US should give Ukraine ‘as...

Diablo Immortal doubles down on social play with snazzy...

‘Striking:’ Top American CEOs earn this much more than...

Cardona on why “fixing a broken” student loan system...

Pro-Trump lawyer who boosted election-reversal bid under investigation by...

Atletico close in on Champions League spot with 1-0...

Family of Man Beaten With Traffic Cone Speaks Out:...

Covid Testing Frays in Helsinki as Half of Results...