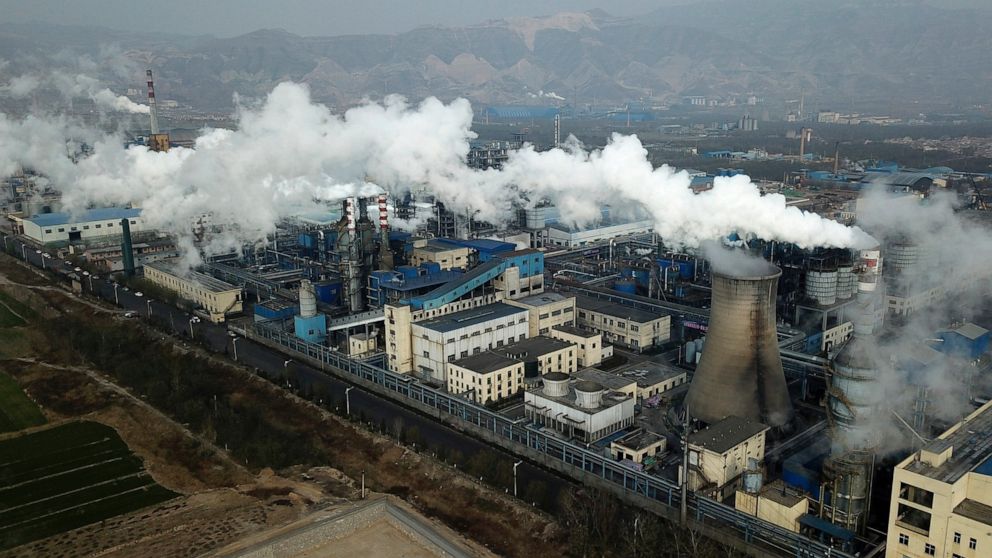 The last two agreements the world made to battle climate change came only after the United States and China, by far the two biggest carbon polluters, made deals with each other. Now the successful dynamic is in jeopardy with China cutting off climate talks with the U.S. because of House Speaker Nancy Pelosis trip to Taiwan.

Just how much this will sidetrack momentum — especially in the United States where there’s congressional action to cut emissions of heat-trapping gas depends on how long the rift extends, experts said. But they said theres hope that climate actions already set in motion in both countries will matter more than unspoken words.

Chinas announcement that it’s suspending talks on climate change is not surprising, but it definitely stings, said Joanna Lewis, an expert on China, energy and climate at Georgetown University. I hope this is only a temporary pause.

The brief notice issued on Friday by China’s Ministry of Foreign Affairs gave few details and was largely focused on ceasing military and strategic meetings.

Just because the two nations arent talking to each other about climate doesnt mean they are not acting, experts say.

What the U.S and China actually have to do to curb emissions is take strong actions domestically and I don’t believe the main impetus for either side right now is pressure from international negotiations, said Deborah Seligsohn, an expert on Chinas politics and energy at Villanova University and a former U.S. diplomat.

Longtime climate negotiations analyst Alden Meyer of the independent think tank E3G said theres a good possibility of the U.S. and, then in response, China taking big steps to try to limit emissions of heat-trapping gases even if they arent talking one-on-one.

Calling it the U.S.’s most significant climate bill ever, Nigel Purvis, CEO of Climate Advisers, said that passage will be more meaningful than a breakdown in bilateral talks. China will need to respond to that new climate change bill coming out of Congress even if climate talks are suspended, he said.

It’s significant that arguably the two biggest domestic actions the U.S. and China have taken on climate change have happened at a time of continually increasing rivalry between the two countries perhaps there’s a lesson in that,” said Scott Moore, Director of China Programs and Strategic Initiatives at the University of Pennsylvania.

While the U.S. is poised to pass its most significant climate legislation this year, China’s leader Xi Jinping announced the country’s target to become carbon neutral by 2060 at a United Nations meeting in September 2020. And Xi pledged that China would stop building overseas coal-fired power plants at a U.N. meeting last year.

Given their different government systems, what matters most in China is top-level targets, while what matters in the U.S. is actually passing legislation, said Villanova’s Seligsohn.

It’s not clear whether China’s announcement’s cutting off talks applies only to top negotiators John Kerry and Xie Zhenhua, or to research and cooperation at all levels, which would be worse, said E3G’s Meyer.

But he said it would be a good sign if multilateral negotiations, such as the G-20 where the U.S. and China often co-lead talks, continue.

When the U.S. and China have found common ground, it has tended to provide a model for the rest of the world, Purvis said.

A joint U.S.-China deal to fight climate change struck by Xi and then-President Barack Obama in 2014 really helped improve the mood and laid groundwork for the 2015 Paris agreement where nearly every nation pledged to curb emissions of heat-trapping gases, Meyer said. Then seven years later during U.N. climate talks in Glasgow, a U.S.-China deal helped smooth over bumps to another international climate deal.

Until recently, climate diplomacy had stayed a rare area of dialogue and even collegiality as Bidens and Xis governments confronted one another on human rights, Chinas territorial claims, tariffs and other topics. Kerry and Xie, both senior leaders in government service, have spoken by telephone often and appeared side by side at global events.

Losing that avenue of cooperation is a strong signal from China, said University of Pennsylvania’s Moore. Climate has been the one issue that, on both sides, there was an attempt to insulate and run on separate tracks, insulated from broader tensions in the relationship,” he said. “But that might not be possible anymore.

AP writers Ellen Knickmeyer in Washington and Frank Jordans in Berlin contributed to this article. There’s never been a better time to try Spotify Premium

Tyrick Mitchell England call-up: Who is the Crystal Palace...

Tuuli McCully on the Markets (Radio)

Djokovic in seventh heaven after starring role in Kyrgios...

No, Euphoria isn’t the biggest show on Twitter right...

A US bankruptcy judge approved Purdue Pharma and Sacklers’...

Lizzo says religious upbringing would have prohibited her to...

From Washington: The Debate To Expand NATO

Senate to get Ukraine, Russia briefing on Thursday

Sri Lanka leader appeals for end to calls for...

England in West Indies: Centuries from Kraigg Brathwaite and...

In Georgia, protests planned at salute to U.S. South’s...

Beyoncé is criticised for using an offensive lyric on...

Kemp allies and other Georgia Republicans look to keep...

Opinion | The Future of the West Is in...

It looks like Apple is preparing a major upgrade...

Your energy bills explained: why are prices rising so...

Ukraine: US could sanction Putin if Russia invades, Biden...

The Next Populist Moment