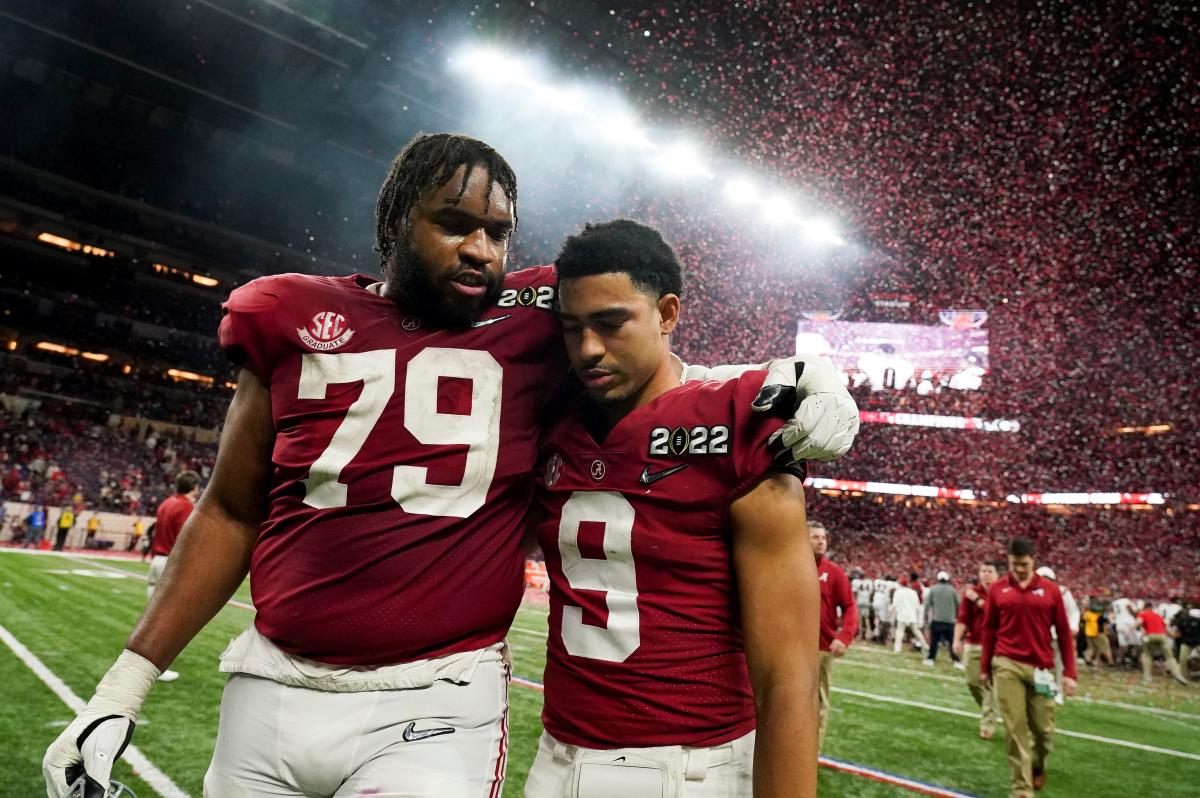 Nick Saban wants Alabama football players to be equally motivated whether it is coming off a national championship win or loss, but the veteran coach knows one is easier than the other.

“I do acknowledge the fact that when you lose and bad things happen, from a human nature standpoint, people seem to respond a little bit better,” Saban said Thursday. “Is that what we want? No. But I think thats probably something that is pretty normal for most of us human beings.”

So, the Crimson Tide is taking advantage of that human nature through a daily reminder in the cafeteria.

After the 33-18 loss to Georgia in the College Football Playoff championship in January, Alabama is keeping  the runner-up trophy it received in the cafeteria.

The Crimson Tide calls it the participation trophy. There’s a sign underneath it that labels it as such, offensive linemen Emil Ekiyor Jr. said Friday.

The sign also says, “Are you happy with it?”

“Just a little motivation to see that everyday and it reminds you, OK, this is what we’re really working for to change the outcome of the season,” Ekiyor said. “Focused on being the best we can be this year to ultimately have a different outcome.”

Sign up for our sports newsletter: All the sports news you need to know delivered right to you!

Ekiyor said it’s difficult to turn the page from that loss and that it’s always in the back of the players’ minds.

The participation trophy helps keep it there.

“You made it but you didnt do anything,” Ekiyor said the trophy reminds them. “You didnt win. I wouldnt say we fully turned the page but theres always going to be something that externally motivates us.”

Alabama began preseason practices Thursday and will continue through the Sept. 3 game against Utah State at Bryant-Denny Stadium.

Nick Kelly covers Alabama football and men’s basketball for The Tuscaloosa News, part of the USA TODAY Network. Reach him at [email protected] or follow him on Twitter: @_NickKelly In-form Pujara back in India squad for England test...

Dan Jervis: ‘I want to be that role model...

Zelensky says if negotiations fail with Russia, there would...

Adams defends ties to close friend with checkered past

Johnson to visit India in bid to boost defence...

Microsoft replaced as the most-phished company by a surprising...

Snowbound in Virginia traffic for over 10 hours

A stunning fall for ex-Honduran president wanted in US

Newspaper headlines: ‘Stay out of politics Charles’ and ‘Tories...

Biden vows to stand with Israel against Iran nuclear...

Debt shadow may hang over Kenya’s next president –...

Woman Falls in Love With Window Cleaner as He...

Man’s Failure to Tip Bartender Leads to His Arrest...

How Ashley And Bar ‘Recommitted’ To Their Teen Mom...

Mars Ingenuity becomes first aircraft ever grounded on another...

Two life bans at Morton over ‘racial abuse’ in...

Sailors allowed to move off USS George Washington after...