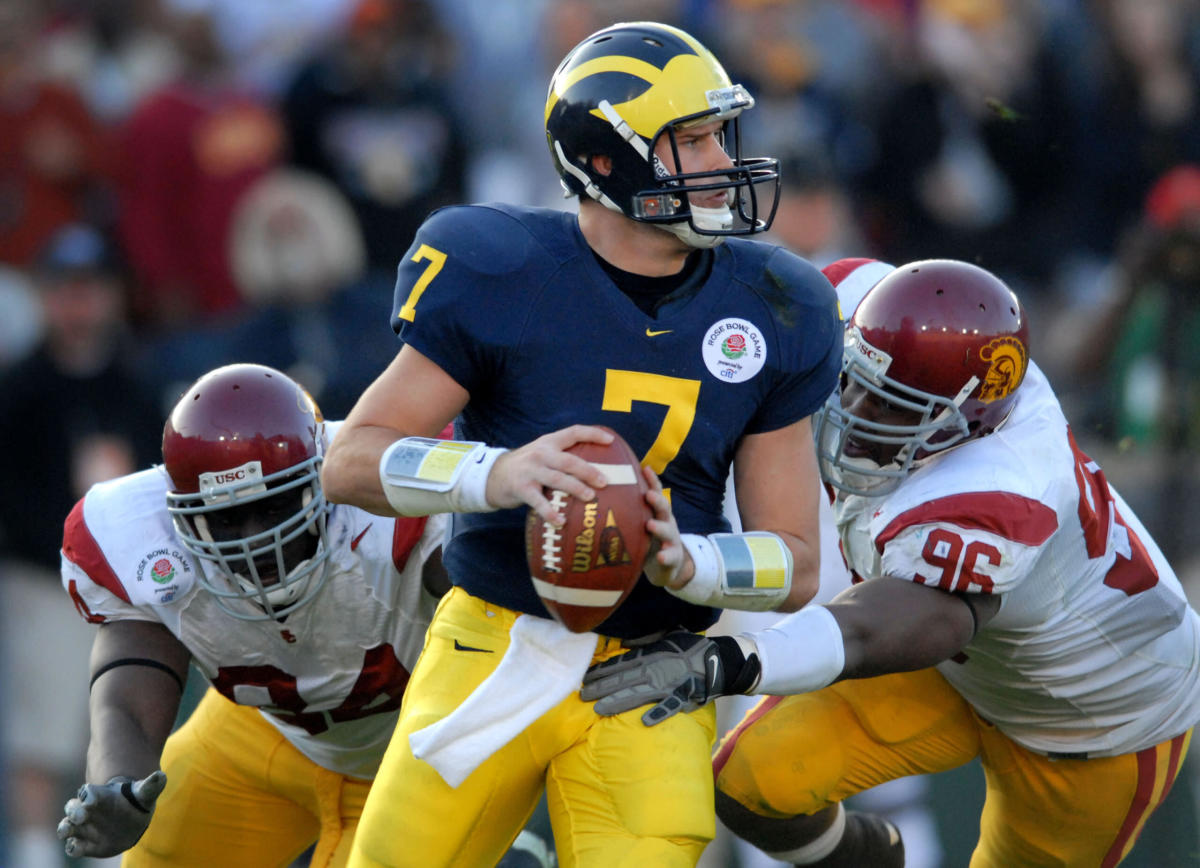 You dont become the winningest program in college football by only getting contributions from your upperclassmen. Instead, younger players have to step up. Such has been the case in Ann Arbor, with the most recent data point coming by virtue of linebacker Junior Colson, who was named a Freshman All-American in 2021.

But what about those who changed the game so much that theyre considered among the best ever first-year players across the sport?

ESPNs resident numbers guru and analyst Bill Connelly put together a list of the 50-best true freshman seasons of all time, and two former Michigan football players made the cut, starting with a player who ended up being a four-year starter at the most important position on the field.

He never really improved his passer rating was between 130 and 143 for all four years of his career but Henne was a stunning success out of the gate. The blue-chipper from Reading, Pennsylvania, threw for 2,743 yards and 25 touchdowns and led the Wolverines to a 9-3 season. In a classic Rose Bowl loss to Texas, he went toe-to-toe with Vince Young, throwing for 227 yards and four touchdowns.

It is true that Henne never really found much of another gear, just acting as an above-average quarterback in his entire tenure. But given that he was able to come in and have the type of performance he did as a true freshman at such a demanding position is something to relish.

Of course, the other player mentioned is a GOAT in his own right, the only defensive-minded player to ever win the Heisman Trophy.

You dont become the only defensive player in 60 years to win the Heisman Trophy if you dont start generating attention immediately. A record-setting rusher from Ohio, Woodson came to Michigan to play defense and became a first-stringer almost instantly. He picked off five passes in his first season, including two in a 31-23 rivalry win over Ohio State.

Naturally, Woodsons junior season was his crowning achievement, as that was the year he took home the award given to the nations best player, upsetting Tennessee quarterback Peyton Manning for the award.

While that type of greatness is something that all players aspire to, for Michigan to repeat last years success, it will certainly need a freshman or two to play at such a level that it will contend to be on this list in the future.

Your Evening Briefing: Jamie Dimon Warns of an Economic...

US official: Indications Russia has moved blood supplies to...

Record 7 percent in US now identify as LGBT:...

Why The Streaming Landscape Is Now In Flux

When is Spider-Man: No Way Home coming to streaming...

If you want to be like Steve Jobs, this...

Livingston: David Martindale in hospital and misses game against...

This could be our best look yet at Samsung’s...

Meta and AMD are teaming up to boost mobile...

France to withdraw troops from Mali, remain in region

US Soccer Equalizes Pay for Women and Men in...

Here’s how North Korean operatives are trying to infiltrate...

Parts of China’s Giant Long March 5B Rocket May...

Pariahs no more? US reaches out to oil states...

Woman walking with baby stroller shot to death in...