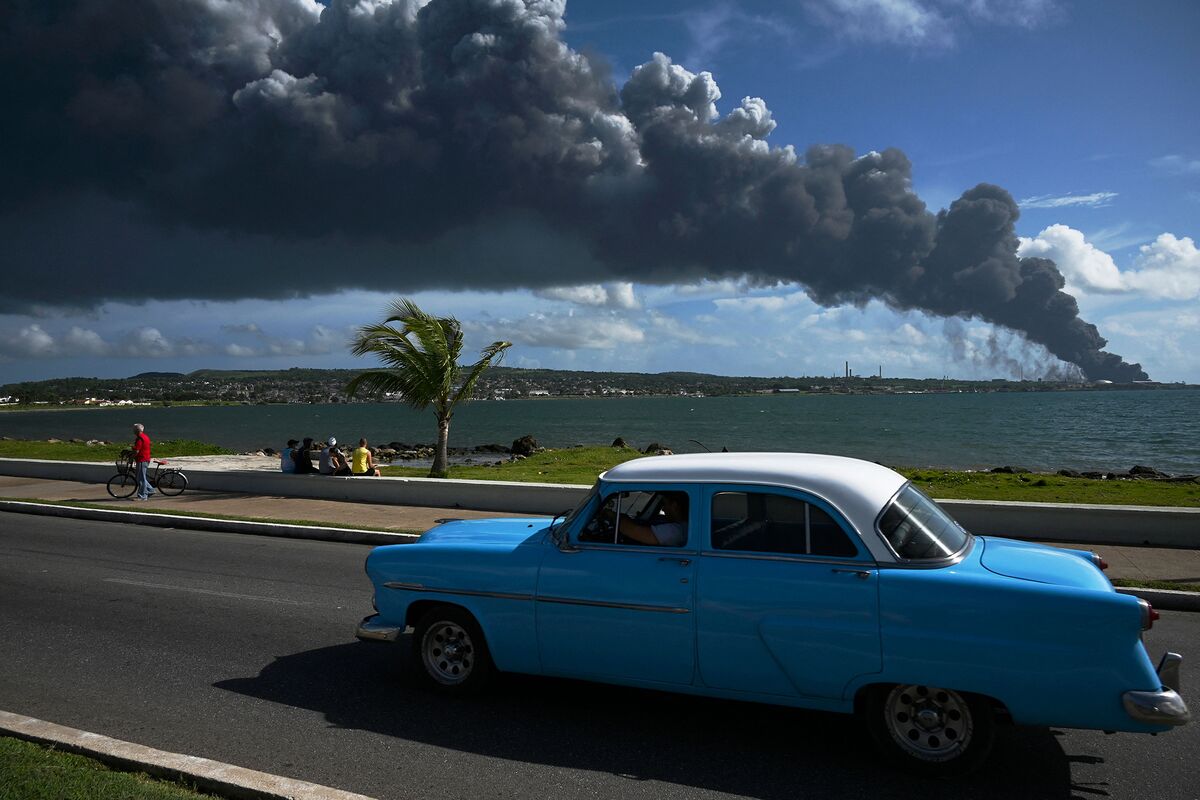 Cuban officials were struggling to contain a fire at a sprawling fuel depot Saturday, after a lightning strike set off a series of explosions that have left at least 77 injured and 17 missing.

The provincial government of Matanzas has reported at least four explosions at an industrial complex after it was hit by lightning late Friday.

UK’s Truss Stands By Vow to ‘Call Out’ Vladimir Putin at... UK’s Truss Stands By Vow to ‘Call Out’ Vladimir Putin at... COVID-19 patient whose wife sued hospital to keep him...

SUV with 10 bodies left near Christmas tree outside...

Michael Lewis on His Journey to Wall Street (Podcast)

US public not blameless in Russia-Ukraine conflict

Eye on America: School safety measures, the legacy of...

Here’s how much home prices have jumped from last...

Battlefield 2042 has another game-breaking glitch

Review: ‘The Sea Beast’ is a charming, animated adventure

Adam Parker on Strategies and Valuations(Podcast)

Democrats’ Best-Case Scenario for the Midterms

McEnany: If Supreme Court leak story is true, ‘it...

Russian Billionaire Haggles With UK Over Expenses at Mansion

Bob Saget Was ‘Loving Every Moment’ of Comedy Return,...

London Underground: TfL lost £13m in fares due to...

EU Pushes Ahead on Oil Sanctions Amid Gas Standoff

Ireland Baldwin opens up about rape, having two abortions:...

The Electoral Reform Bill The Could Save America From...

US wins case to seize Russian superyacht in Fiji,...