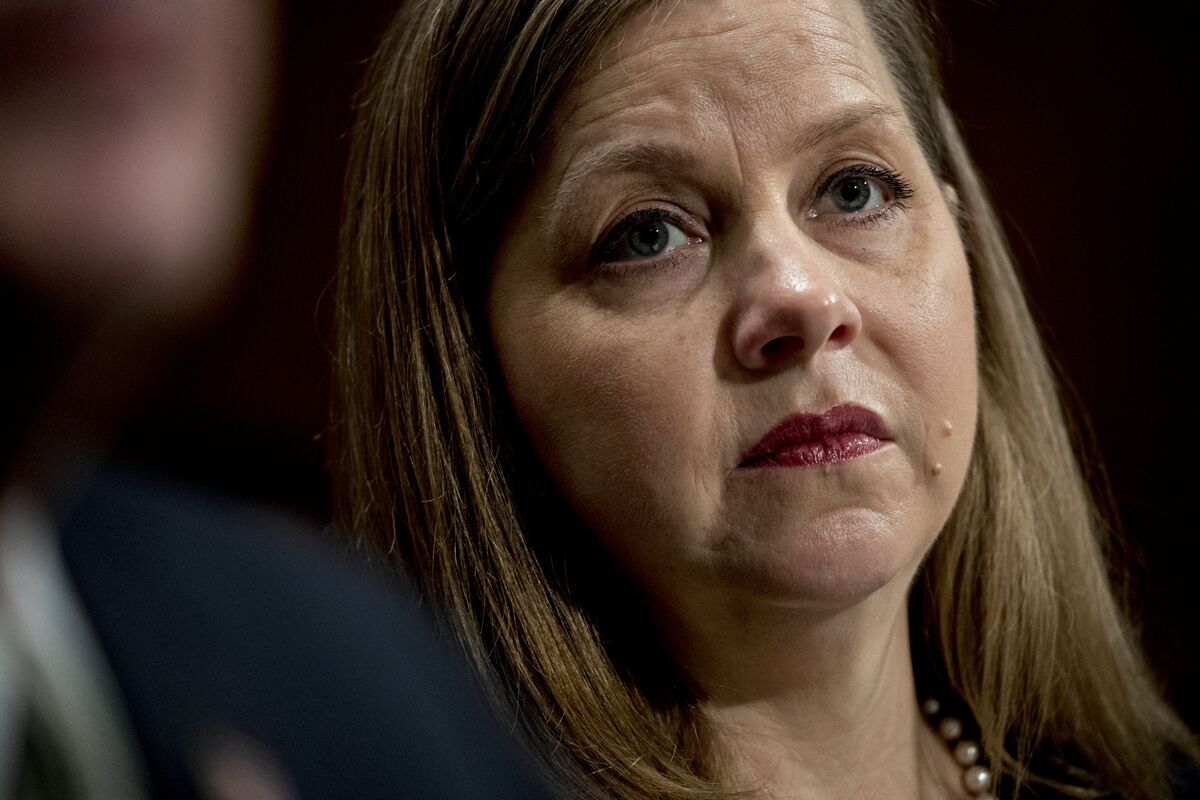 My view is that similarly-sized increases should be on the table until we see inflation declining in a consistent, meaningful, and lasting way, Bowman said Saturday in remarks prepared for an event organized by the Kansas Bankers Association.

Bowman added that she supported last months rate increase and backed the move away from offering specific forward guidance at the press conferences following policy meetings.

Policy makers lifted rates by 75 basis points in July and June, part of an aggressive tightening campaign aimed at cooling inflation that is running at at the fastest pace in 40 years. A strong jobs report released Friday adds more pressure on the Fed for it to make another big move in September to cool demand and bring price gains under control.

The US economy added 528,000 jobs in July, more than double estimates, and the unemployment rate fell to 3.5%, matching a five-decade low.

The size of the next rate increase will ultimately be decided by economic data, Bowman said.

While I expect that ongoing rate increases will be appropriate, given the uncertainty in how those data and conditions will evolve, I will allow that information to guide my judgment on how big the increases will need to be, she said.

While Fridays jobs report was important, Fed officials will also consider one more employment print and two consumer-price index readouts before their September meeting. The July data on consumer prices comes out on Aug. 10.

Bowman said she expects economic growth to pick up in the second half of this year and to see moderate growth in 2023. She expects the labor market to stay strong as the Fed continues hiking rates and shrinking its balance sheet, but she cautioned the moves could lead to a slowdown in job gains and potentially spark employment losses.

The policy maker also reflected on how Fed officials responded to hot inflation last year. She said revisions of economic data, combined with restrictive forward guidance, limited the Feds ability to remove accommodation and led to a delay in taking action to address rising inflation.

On the shoulders of Jackie Robinson, today’s Dodgers players reflect on... On the shoulders of Jackie Robinson, today’s Dodgers players reflect on... Missouri could make it harder to get out-of-state abortions

Cat’s Reaction After Realizing He’s at the Groomers Delights...

Lionel Richie on his “amazing ride”

Academy bans Will Smith from Oscars for 10 years

Ukraine health centres have been attacked, WHO chief says...

Cardinals vs Rams live stream: how to watch NFL...

Covid inquiry terms set out and Scottish hospitals under...

Balance of Power: How to Protect Kids From Gun...

Prince of Persia: The Sands of Time remake is...

CNN anchor ‘a little embarrassed’ having to talk about...

Hearts and Celtic in 13th minute tribute to teenager...

MLB is Back with Noah Garden (Podcast)

A Political Crisis of the Republican Party’s Making