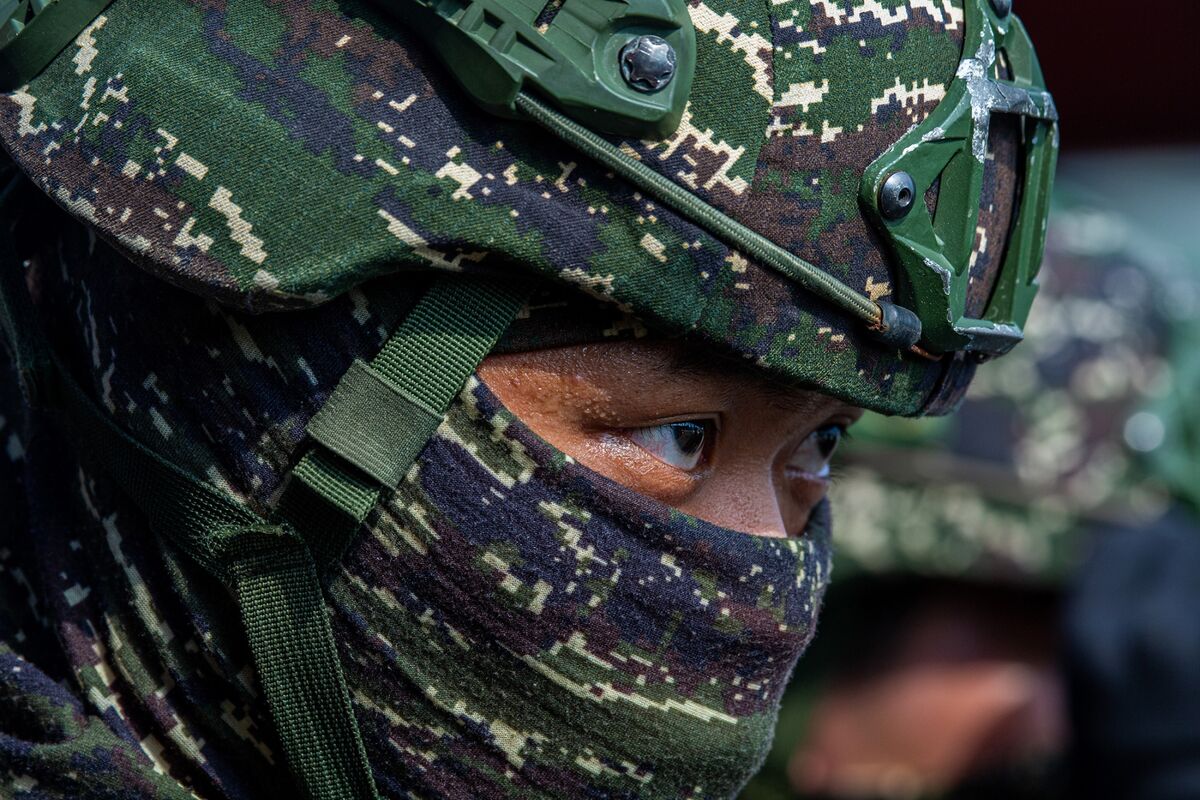 Taiwan said Chinas military drills on Saturday appeared to be simulating an attack on its main island, as Chinese warplanes and warships crossed the straits median line in a continued show of force.

China is carrying out its

most provocative military drills in decades in the wake of House Speaker Nancy Pelosis trip to Taiwan this week. It has also likely fired missiles over the island of 23 million people, sent warships across the Taiwan Straits median line and waves of warplanes across the US-defined boundary.

Beijing has denounced the visit by Pelosi — second in the presidential line of succession — as a violation of the US pledge 50 years ago not to formally recognize the government of Taiwan, which China claims as its territory. It announced on Friday it would cut off defense talks with the US, further deteriorating relations between the worlds biggest economies.

Multiple PLA craft were detected around Taiwan Strait, some have crossed the median line. Possible simulated attack against HVA. #ROCArmedForces have utilized alert broadcast, aircraft in CAP, patrolling naval vessels, and land-based missile systems in response to this situation.

The Chinese Foreign Ministry also announced unspecified sanctions against Pelosi and her immediate family over what it said was her egregious provocation. Although largely symbolic, the move makes the House speaker the highest-ranking American official sanctioned by Beijing. The action was announced shortly after Pelosi left Japan after wrapping up her dramatic week-long trip.

The Biden administration has called Chinese ambassador Qin Gang to the White House to condemn Beijing for provocations in the Taiwan Strait, National Security Council spokesman John Kirby said. Secretary of State Antony Blinken said China is choosing to overreact to Pelosis visit, and said there was no justification for this extreme, disproportionate and escalatory military response.

warned off drones flying over restricted waters surrounding its outer islands late Friday, the third consecutive day such incidents occurred. Earlier this week, it said Chinese army drones were flying near some of the islands.

think twice about heading into one of Taiwans most important ports, creating potential delays for shipments of electronic goods. Ship owners, worried about the possibility of missile strikes, are choosing to idle vessels and burn extra fuel until the drills pass.

Ships are dropping anchor at sea to avoid a drill zone located just outside Kaohsiung port in the south of Taiwan, said Jayendu Krishna, deputy head of consultancy Drewry Maritime Advisors. The zone, one of the largest areas where China is carrying out exercises, is 15 nautical miles away from the entrance of the port.

The Taiwan Strait is a key route for supply chains, with almost half of the global container fleet passing through the waterway this year. While vessels are continuing to travel through the strait during the military exercises, they are navigating around the drill zones. The Taiwanese Maritime & Port Bureau on Thursday told ships to avoid designated areas around the island until Aug. 8 in waters to the east of the island.

China will practice live weapon firing in the southern part of the Yellow Sea, according to the Maritime Safety Administration in the eastern Chinese city of Lianyungang in Jiangsu province. The drills will last for ten days from Aug. 6-15, it said.

Alongside military exercises, China has imposed trade restrictions on Taiwan. It suspended some fish and fruit imports, citing excessive pesticide residue detected on products since last year and some frozen fish packages that tested positive for coronavirus in June. Exports of natural sand, used in construction, were also banned.

China is moving to tighten the enforcement of existing rules on imports from Taiwan, according to people familiar with the matter. Products labeled as originated from the R.O.C., or the Republic of China, wont be allowed entry to the mainland China market, the people said, asking not to be identified discussing sensitive matters. Beijing objects to Taiwans use of Republic of China as its official designation because it considers the self-governing democracy part of its territory.

One of the people said Chinas labeling rules for Taiwanese imports were first announced in 2015 but had not been strictly enforced until this week. That risk is that products are confiscated unless companies change their labeling to comply with the regulations, the person said, although they expected the overall impact to be modest for now as firms were likely to adjust their packaging quickly.

China is Taiwans largest trading partner, with bilateral trade rising 26% on year to $328.3 billion in 2021. Taiwan held a sizable surplus against China, with exports from the island exceeding imports by $172 billion, according to Chinese customs data. While Beijing could leverage that advantage by sanctioning exporters, China also relies on Taiwan for semiconductor supplies.

With assistance by Karoline Kan Starmer: Why is Roman Abramovich not facing sanctions?

Client Feedback: Trends in client feedback for 2022 and...

Summer in the U.S. could be eight degrees hotter...

Macron confident as far-right rival closes in ahead of...

How London almost got its own Eiffel Tower

Molly Shannon recalls finding out her father was gay...

Abba: All four original members of the Swedish band...

This Marilyn Monroe-esque vinyl music system is everything I...

‘I was shocked to find out I now have...

Ryanair’s O’Leary Says Air Fares Will Rise for Next...

David Zaikin on the Latest in Ukraine (Radio)

Coinbase to More Than Triple India Headcount This Year,...

Pope heads to Nunavut to apologize at end of...

US reports 1st polio case in nearly a decade

Kellyanne Conway Tells Her Story In “Here’s The Deal”

Biden speaks on fight against COVID and announces doubling...

Lying About Rape Dangerous Under Abortion Ban Passed by...

Hong Kong: Why business is not giving up on...

Where water is called ‘blue gold’: A town grapples...