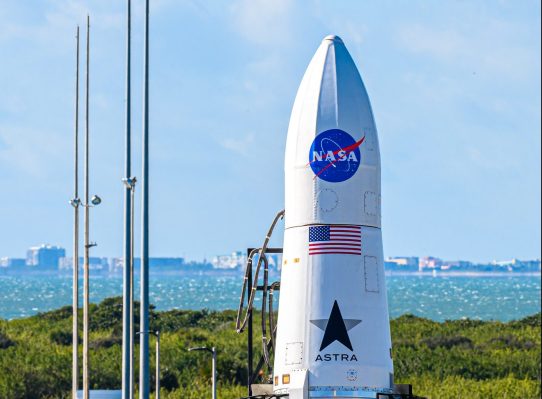 Astra CEO Chris Kemp told investors Thursday that the company will be no longer launch payloads with its current lightweight vehicle, Rocket 3, and will instead remanifest all launches on a considerably larger rocket thats still under development.

Its a big change for the company, which has operated on the hunch that customers are willing to risk a certain number of rocket failures in favor of increased launch cadence and lower costs. Kemp summarized the perspective to TechCrunch back in May: The expectation I think that a lot of people have is every launch has to be perfect. I think what Astra has to do, really, is we have to have so many launches nobody thinks about it anymore.

But it looks like people including Astra itself are indeed thinking about it. This is particularly true after the launch failure of Astras TROPICS 1 mission in June, the first in a trio of launches the company conducted on behalf of NASA. That launch, much anticipated by the company and in particular Kemp, ended in loss of payload after the upper stage experienced an anomaly causing it to shut down before it reached target velocity.

As late as May this year, Kemp told investors that If two out of the three [TROPICS launches] are successful, its not mission failure. Its just a lower refresh rate for the constellation.

But the switch from Rocket 3 to the larger vehicle, Rocket 4, marks a significant change in strategy that suggests a larger change in tune. The payload difference alone is seismic: Astra said it was increasing Rocket 4s payload capacity from 300 kilograms already a huge change from Rocket 3s 50 kilograms to 600 kilograms.

Kemp explained the shift to investors as one based on customer preference and market evolution. We started talking to our customers and it was pretty clear that after two out of the four flights that we had flown were not successful, the opportunity to fly on a vehicle that has received all of this attention and energy from our team over the past year was also favorable to them, he said. He added the company has seen increasing demand from large constellation operators for higher payload capacity and greater reliability.

What that means, concretely, is no more flights in 2022. Astra is looking at conducting several test flights of Rocket 4 and Launch System 2.0, of which Rocket 4 is part, but Kemp didnt provide any concrete timeline as to when those test flights might take place, saying only that commencing commercial operations by next year will depend on the success of those flights.

Beyond these changes, Astra also reported growth to its space products division, specficiallhy the Astra spacecraft engine. The company has secured 103 committed orders for that engine, built off Astras acquisition of Apollo Fusion last year, and the company will be opening a 60,000 square foot production facility to support the manufacture of that product. The company is anticipating the sale of spacecraft engines to make up the bulk of its revenues.

The change in strategy comes on the heels of an announcement that Astra secured $100 million committed equity facility with B. Riley Principal Capital II over the next two years. Thats in addition to a $200 million cash runway the company currently has on hand. Biden and US allies face new dilemma on Ukraine...

Bitcoin inches up above psychological threshold of $20,000

Omicron May Infect Half of Europeans Within Weeks, WHO...

Sweden sees infection peak at end of January amid...

Beckton death: Man charged with murder as man who...

Biden Accused of ‘Sabotage’ of Oil and Gas Leases...

Parent in college bribery scandal gets 15 months in...

Russian ambassador to Israel storms out of V-Day event...

Extreme hoarder jailed for leaving sister to die on...

How Biden bungled the Pelosi trip

Does Michael Peterson Have a New Wife? Inside His...

Opinion: Conservatives aren’t going to stop with abortion, and...

Ricardo Pereira: Leicester defender out for up to six...

Eye on America: A new mental health hotline, a...

Netflix’s ad-supported tier comes closer as it teams up...

ICANN rejects call to remove Russian domains from the...

One of the most useful Windows 11 tools is coming to Windows...