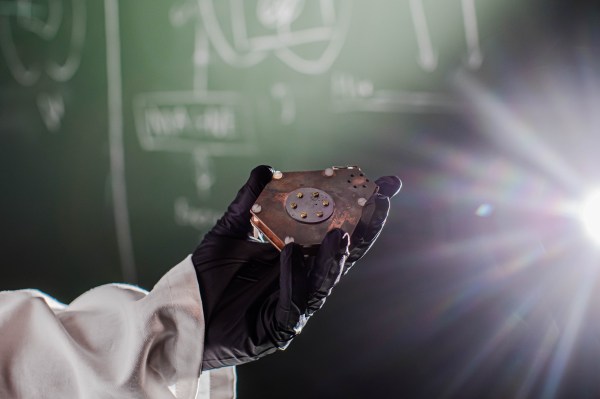 Its easy to think about satellites as a bunch of mini-moons, orbiting the Earth seamlessly and without any (noticeable) movement. But thats not quite right: satellites and other spacecraft often require fairly continuous tweaks to their positions in orbit.

Historically, the aerospace industry has relied on thrusters, or a combination of reaction wheels and magnetic torque rods, to control a spacecrafts attitude, control and positioning. But these take up a lot of space and mass, and limit how long a spacecraft can stay in orbit. New Zealand-based Zenno Astronautics has come up with an alternative to these heavy and time-limited propulsion systems. The core technology is an electromagnet that generates a very strong magnetic field, which can interact with other magnetic fields like those on other spacecraft, or even Earths own to generate torque.

The funding marks the beginning of what Zenno hopes will be a landmark 18 months, culminating in their first launch in the fourth quarter of 2023. Around the same time, the company hopes to have a production facility operating with a massive manufacturing capacity of 1,000 electromagnetic systems per year.

We can generate a new type of force in space, founder Max Arshavsky told TechCrunch. That is really the most fundamental breakthrough that we have.

Zenno got its start just over five years ago, when Arshavsky was a student at the University of Auckland, home to New Zealand’s first program for Space Systems, studying physics.

The startups first propulsive system, called Z01 or the Supertorquer, is fairly simple, as Arshavsky explains it: an electromagnet is created using a coil of wire (its also called a solenoid, for the engineers out there). That electromagnet generates a strong magnetic field, which then interacts with that of the Earths to enable the satellite to point itself in relation to the planet.

Previous attempts to develop this technology were limited by how much electrical current you can push through a piece of conventional wire. Zennos breakthrough is using a high-temperature superconducting wire that has zero resistance to the flow of electrical current, so that a huge amount of current can be pushed through. The higher the amount of current, the stronger the magnetic field. The company has solved a few other bottlenecks as well, like the fact that the wire needs to operate at around 80 kelvin, or -193 Celsius, which is much colder than the vacuum of space.

The result is a system that the company says takes up 20 times less space than traditional propulsion systems. In addition to pointing satellites, the electromagnetic system could also be used for inter-satellite interactions, like orbital debris clean-up, spacecraft docking or in-orbit servicing. Most spacecraft have something that can interact with an electromagnet, like magnetic torque rods, so the technology is compatible with older spacecraft even if they are not equipped with Zennos systems, Arshavsky said.

The company is also working on using its technology to shield the interior of spacecraft either crewed or cargo from the huge amount of radiation in outer space. The magnetic field could be used to deflect charged particle radiation, which could extend the lifetime of a spacecraft in orbit or protect crew. This is a key problem to solve for deep space crewed missions, including to Mars.

Magnetic fields dont act differently in a vacuum, so that means the company has been able to test the system here on Earth. The next step is taking it to space. Zenno is aiming to launch a full-scale attitude control system in the fourth quarter of 2023, with Italian company D-Orbit on board a SpaceX Falcon 9 ride-share mission.

Our technology readiness level is currently somewhere around six by the NASA scale, meaning that we’ve tested all the systems and subsystems in the lab, and the next stage for us is testing things in orbit, Arshavsky said. Until launch, the company is focusing on building a spaceflight-rated version of the technology, one that was designed to go up on a rocket, [be] shaken violently, and then operate reliably in space, he added. That system will be provided to D-Orbit at some point midway through 23 so it can be integrated, and then shipped to the U.S. for launch.

Despite being a year-and-a-half away from the first orbital test of the system, the company has received enough interest in its technology that its planning on setting up its aforementioned large scale manufacturing facility.

We have a lot of traction currently with industry [] and we want to make sure were not caught off guard, Arshavsky explained.

The company just signed a third sales agreement with a delivery date in February 2024, so the production facility needs to be up and operating by then. Zenno has firm sales agreements with US-based satellite owners and operators, to the tune of several million dollars worth, in addition to a constellation commitment in the pipeline. While Arshavsky didnt specify the name of the customers or the size of the constellation, Zenno is clearly preparing to move full-steam ahead in the coming few years.

Zenno will also use some of the seed funding to grow its team, which is currently at 11 full-time employees. At the time of the investment, the company only had four or five full-time staff, so the workforce has already doubled in a short period. Zenno has also landed Peter Crabtree, the founder of the New Zealand Space Agency, as its board chairman. Luca Rossettini, CEO and founder of D-Orbit, is also coming in as an advisor to the board. Ukraine conflict: What is Swift and why are leaders...

Eleven accused of child sex ring and ‘witchcraft’ in...

Progressivism: The Failure of a Mission

Erdogan says interest rates will be lowered and inflation...

Brentwood: Man charged with murder over death of 29-year-old

Federal officials ‘at crossroads’ on schooling between parents, teachers...

As many as 40K Russian troops killed, wounded, held...

Beware – that PayPal email could be a wallet-draining...

Today in History: May 31, the Johnstown Flood

New Jersey gets concealed carry thanks to SCOTUS

Covid: Why are Wales’ rules not changing?