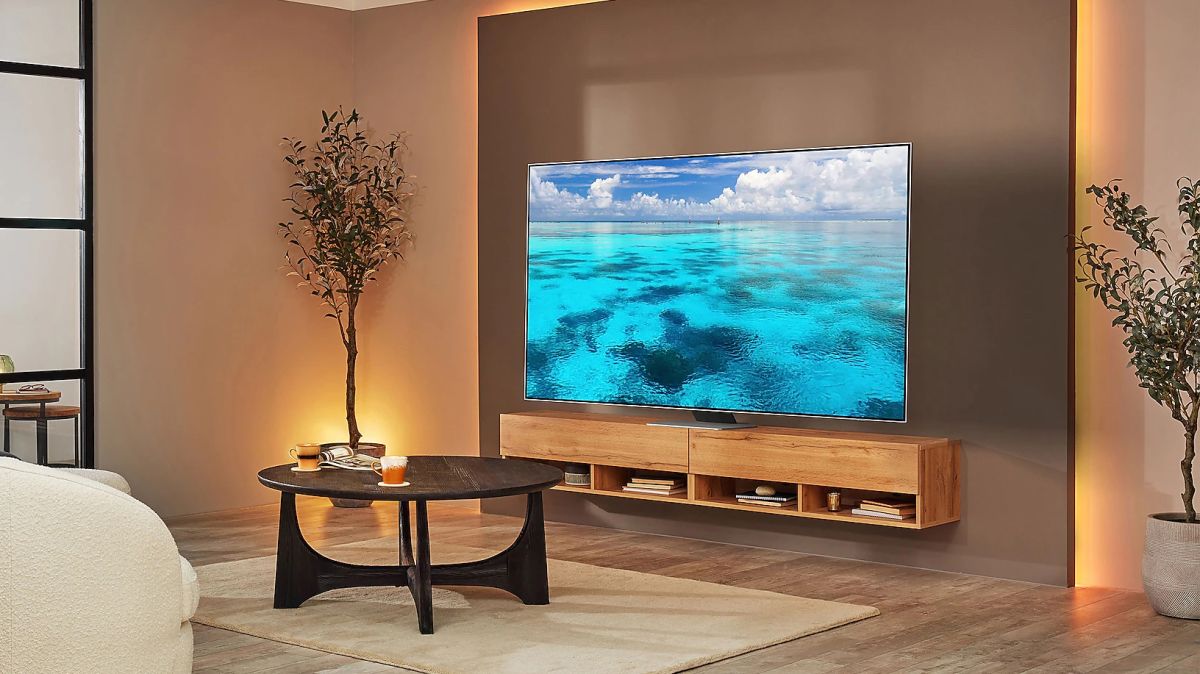 Over the last few months, we’ve been covering the behind-the-scenes news in the TV industry that screen prices have been consistently dropping, which has the potential to mean big falls in TV prices later in the year. That’s because TVs being produced around now, from components that have dropped in price, will be on shelves towards the end of the year – ready for the big sales events, including Black Friday. That means the discounts might be even deeper than usual.

We’ve already seen signs of this – the price war between LG and Samsung has been hotting up even faster than usual.

And now a trio of reports in Digitimes suggests that the events causing the price drops have barely begun. First, there’s confirmation that the price of LCD panels has continued to fall this month (opens in new tab). Then, there’s a report that Samsung is planning to reduce the number of TV screens it orders (opens in new tab), meaning there may be surplus screens from manufacturers that they’ll want to sell off cheap.

And finally, there’s a report that the makers of LCD screens have been cutting production numbers (opens in new tab) in the face of order reductions just like Samsung’s, and yet haven’t cut them enough, which again confirms that there will likely be surplus screens.

There are other factors that affect the final TV prices beyond the cost of the screens – the chips required, shipping costs and so on – but it’s a big one, and having these three stories all appear so close to each other is a sign that there’s going to be a lot of downward pressure on prices.

Well, that’s for LCD TVs at least. Things are different for the best OLED TVs, because there isn’t the competition over who’s making panels. Basically all OLED TV screens come from one company – LG Display – which means it has more control over production and prices.

The reason we’re so sure that the three news stories above mean cheaper TVs is good ol’ supply and demand. When lots of people want something you sell, you can charge more for the limited number that you have. When people aren’t buying what you sell, you need to drop the price to try to encourage people to take them.

During the pandemic, everyone was buying TVs. The best TVs were flying off the shelves, as people suddenly needed a great home theater experience to stave off lockdown boredom.

But now? Well, everyone’s already bought a nice new TV. They don’t need another one yet, so TV sales are a bit low overall these days. The TV companies would prefer that this isn’t the case, so we’ve seen major discounts on last year’s TVs that are still on shelves, and we’re seeing earlier-than-usual discounts on 2022’s TVs – to try to make buying a new TV more tempting.

If fewer people are buying TVs, that means the companies don’t need to make as many, which is why Samsung has reportedly reduced its orders of screens. If the manufacturers made too many, then they have spare screens, with no inherent value. So to get rid of these screens, they drop the wholesale price.

This, in turn, means that the TV companies could offer even bigger discounts. The price-drop pressure is coming from both sides – on the retail side to shift existing TVs, and on the manufacturing side because the TVs are cheaper to make.

With the cost of living crisis only likely to get worse, this at least will hopefully offer some respite for people who’ll need a new TV this year – you’ll be able to save some money, or maybe get an even bigger or better model for the same money. It should make our guides to the best TVs under $1000 and best TVs under £1000 very interesting… What are mortgage closing costs?

I bought dollar store earbuds just to see how...

A Look at the Newest Entertainment at Magic Kingdom...

Biden’s Recklessness Is Turning Ukraine Into Another Afghanistan |...

‘Switch off the TV’: Former Russian-state journalist’s plea to...

The US shrine that claims to hold Gandhi’s ashes

Pompeo says Chinese threat ‘inside the gates’ amid rising...