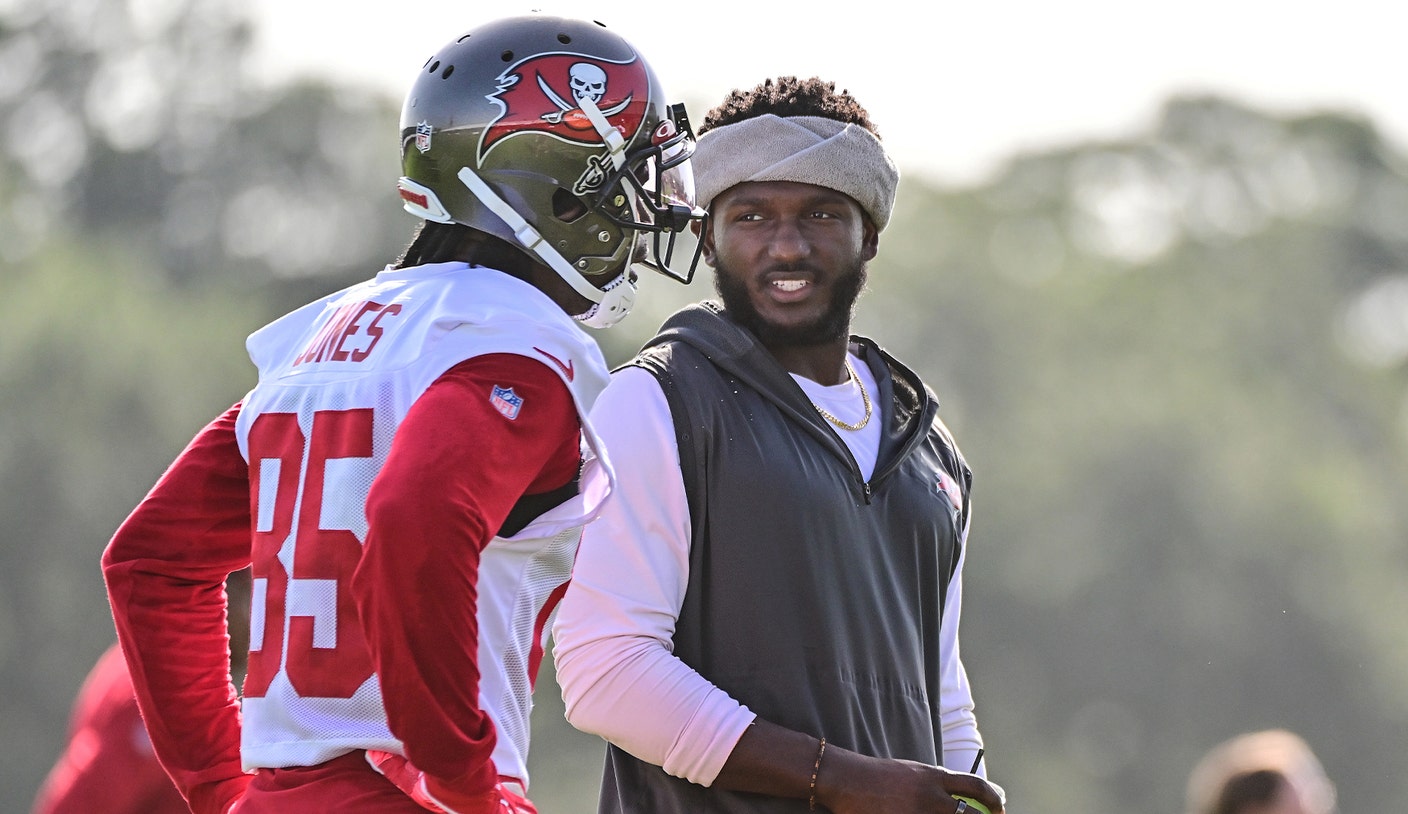 Seven months after undergoing knee surgery, Tampa Bay Buccaneers receiver Chris Godwin is back in pads on the practice field.

Godwin, who signed a three-year, $60 million contract in March, worked out in full uniform at training camp Friday running and catching passes during individual drills but not participating in team periods.

His return came on a day when quarterback Tom Brady missed practice because of what coach Todd Bowles described as an “excused absence.”

The quarterback had a scheduled day off Wednesday, which was Bradys 45th birthday. The entire team was off Thursday.

“Well let him do what he needs to do,” Bowles said. “If hes back tomorrow, thats great. But well keep in touch, and well monitor that.”

Godwin hadnt joined the team on the practice field since December when he was hurt during a home loss to the New Orleans Saints.

Surgery to repair the anterior cruciate ligament, as well as the medial collateral ligament, in his right knee was performed the first week of January.

“Good seeing him out there running around, getting some individual work in,” Bowles said. “Its always a plus when hes in uniform.”

“Were not going to rush him. Were just glad to see him out there working right now,” the coach said. “As it goes on, well see.”

Godwin finished with a career-best 98 receptions for 1,103 yards and five touchdowns in 14 games last season.

The 26-year-old receiver signed a new contract, which includes $40 million guaranteed, shortly after the Bucs placed the franchise tag on him for the second straight year.

Reporting by the Associated Press. Hockey Star Zach Hyman Has Made Esports His Off-Ice...

US consumers less confident as anxiety over future grows

EXPLAINER: Why are Disney and DeSantis feuding in Florida?

Rep. Alexandria Ocasio-Cortez gets pass from mainstream media after...

Will Smith apologizes to Chris Rock for Oscar’s slap

Andrew Innes to stand trial over Bennylyn Burke and...

The Accuracy of Airfare Predictions Is Up in the...

US ports saw record imports this spring, as port...

Need a desktop PC or Chromebook? John Lewis has...

One of the most annoying Xbox Series X problems...

America and Russia cooperate in space. Why not on...

Disneyland Paris Lights Up the Eiffel Tower for 30th...

What’s Next For Sudan?

Wolverhampton schoolboys record charity cover of Let It Be...

China opposes semiconductor bill because it will give U.S....