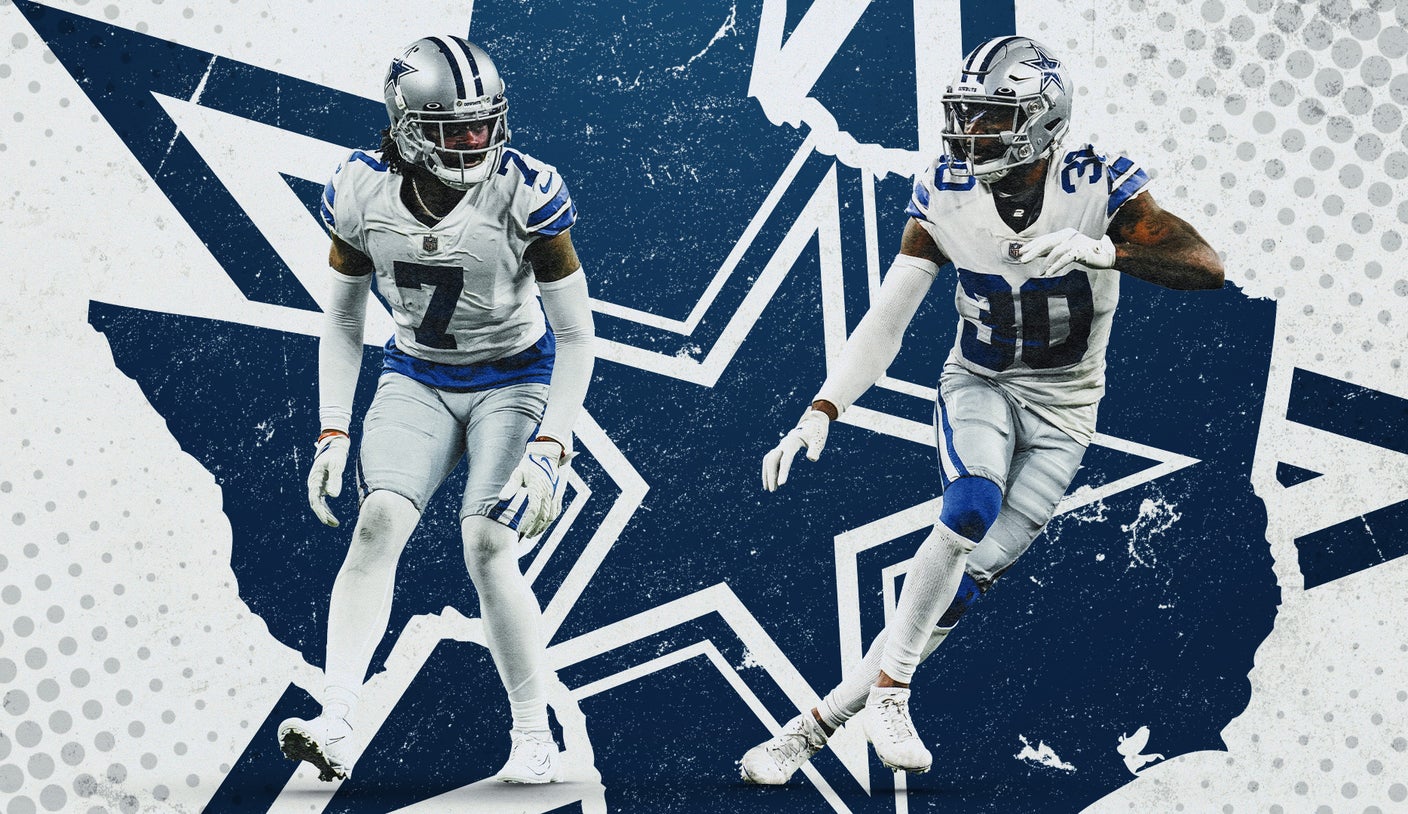 OXNARD, Calif.  With all due respect to a lot of former Cowboys defensive backs, something feels different in 2022.

It used to feel like a rite of summer to come out to the West Coast and watch this team’s receivers put on a show. From Dez Bryant and Miles Austin to Amari Cooper and CeeDee Lamb, it was common as recently as last year to watch a Dallas wideout take over training camp.

For the record, Lamb is playing just fine in his third NFL training camp. But this time around it feels more like a fair fight, because, for all the criticism the Cowboys’ secondary has taken over the past decade or so, this one has opened camp at about as high a level as possible.

“I feel like the defense is finally catching up, and we finally can match the offense with flash plays and points and everything,” said Anthony Brown.

Brown was the perfect guy to ask about the secondary. Draw up a list of Cowboys players enjoying the best first week of camp, and the seventh-year corner had better be on it. He pick-sixed Dak Prescott on the first day of practice, and he has managed to maintain that level or performance for the past week. On Thursday, he showed his recovery ability by regaining a lost step on KaVontae Turpin and breaking up a would-be touchdown.

It’s been noticeable enough that Cowboys head coach Mike McCarthy took the time to say that Brown often the subject of criticism from fans and media alike often goes underappreciated.

“I think he’s someone that should get more love from you guys. Just a suggestion,” McCarthy said. “I think he’s done a lot of good things. But more importantly, he’s very, very consistent. What I love about AB is he’s the same guy every day.”

But it isn’t just Brown. Obviously, Trevon Diggs deserves mention, as he seeks to build on his first-team All-Pro selection in 2021. But even after an 11-interception season, there’s plenty of debate about where Diggs factors on the pecking order of NFL cover guys.

Going back to the point about Brown, Diggs said the Cowboys’ secondary feels forgotten. Maybe everyone is just holding their breath, waiting to see if a defense that led the league with 34 takeaways including 17 interceptions by its cornerbacks can do it again.

“All of us, we’ve done things, we just haven’t gotten the respect that we needed yet,” Diggs said. “That’s nobody’s fault. We just got to go out there and show what we can do.”

The fun thing is that there shouldn’t be much of a learning curve. Dan Quinn is back for another trip as defensive coordinator, meaning the scheme stays mostly the same.

More important than that, the secondary itself is mostly the same. All three primary cornerbacks are under contract at least for this season, and the front office retained firebrand safety Jayron Kearse on a two-year deal.

Damontae Kazee is gone from last year’s team, but even that loss is mitigated by the decision to re-sign Malik Hooker, who played 446 snaps as Quinn’s third safety.

“Just to come back, I thought it was unfinished business, and obviously the guys we had that I knew was coming back, too,” Hooker said.

It all combines to create one of the deepest, most veteran secondaries this franchise has had in quite some time. Even the back end of the depth chart looks promising, with a pair of highly drafted corners waiting in the wings and fourth-year safety Donovan Wilson rounding out the back end.

They’ll be tested quickly. Within the first five weeks of the season, this group faces three of the NFL’s most explosive passing attacks: Tampa Bay, Cincinnati and the L.A. Rams. It figures to be quite a step up to go from defending the Cowboys’ depleted receiver corps to the likes of Mike Evans, Chris Godwin, Ja’Marr Chase, Tee Higgins, Cooper Kupp and Allen Robinson II.

Not surprisingly, the Cowboys’ DBs say they’re up to the challenge. The strange thing is that, in 2022, it feels easier to believe them.

“I feel like when Jerry and those guys drafted us, it felt like they wanted to have a switch of mentality on defense,” said sixth-year corner Jourdan Lewis. “We had a few changes that led to this point, but ultimately we’re getting to where we want to be on defense.”

David Helman covers the Dallas Cowboys for FOX Sports, providing insight and analysis on the NFLs most visible franchise. Prior to joining FOX, David spent nine seasons covering the Cowboys for the teams official website, DallasCowboys.com. In 2018, he won a regional Emmy for his role in producing “Dak Prescott: A Family Reunion” about the quarterbacks time at Mississippi State.

How Permanent Is Hybrid Work? (Radio)

The fate of Russia’s soldiers

The Dish: Chef Dave Beran on his approach to pleasing...

Celebrating the Legacy of Disney Conservation

Pakistan: Man accused of blasphemy killed by mob in...

This AI image generator lets you type in words...

Two deaths in reported in Spain thought to be...

Russia and China’s private internets are the ideal forts...

Shang-Chi: How we brought realism to the film’s dragons

These pricey Halo boots let you step into the...

Most companies are failing to implement their zero trust...

Gohmert Gives Take on Navarro Indictment: ‘You Can’t Even...

The biggest political moments of 2021

Ryan Michelle Bathe’ jumps into spotlight with ‘The Endgame’

Biden has it backwards — Democrats, not Republicans, keep...