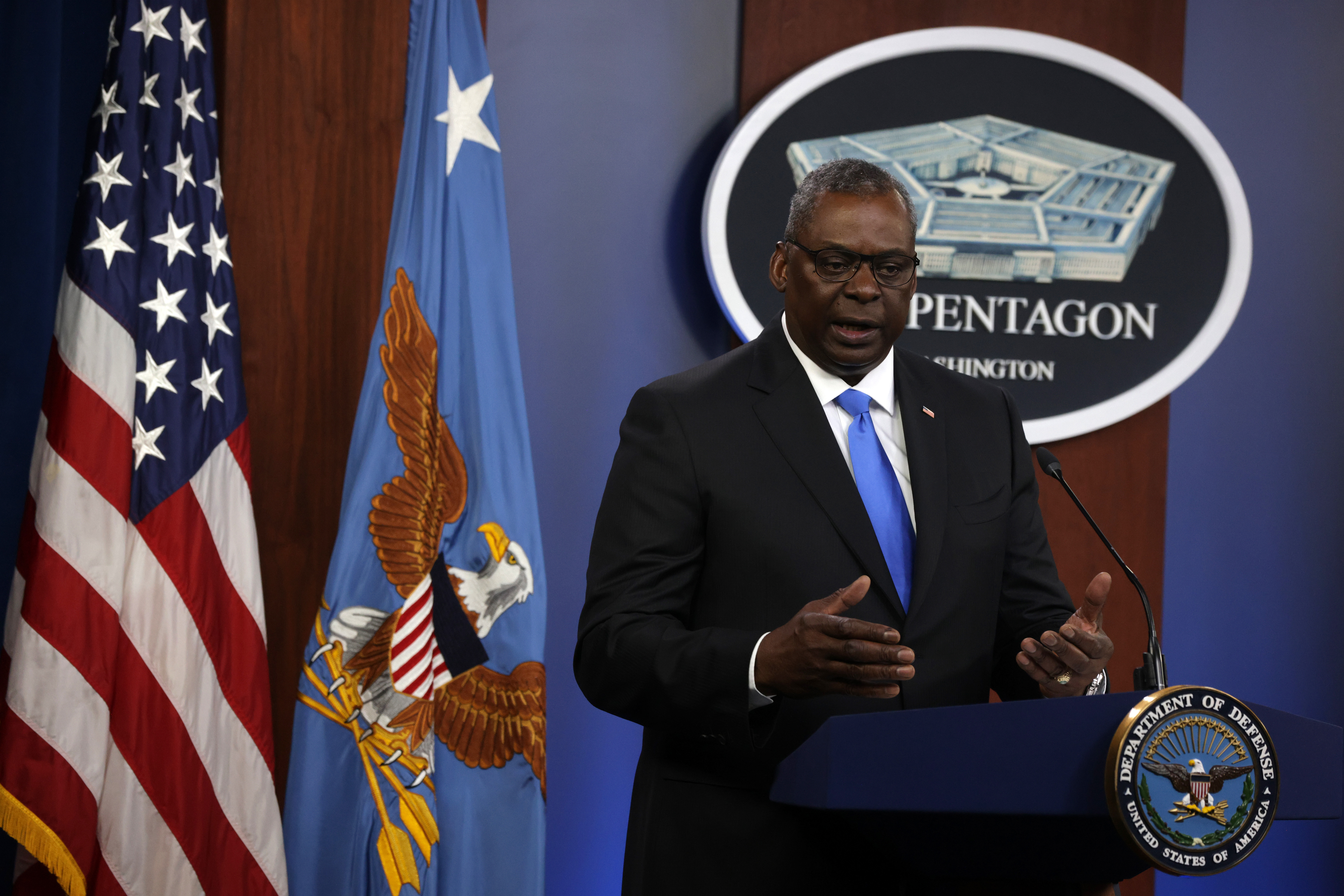 U.S. military leaders strive to maintain open lines of communication even with potential adversaries such as China to prevent accidents and other miscalculations that could turn into a full-blown conflict.

But the last call Milley had with his Chinese counterpart, Chief of the Joint Staff Gen. Li Zuocheng, was on July 7, the Pentagon said. The two spoke by secure video teleconference about the need to maintain open lines of communication, as well as reducing risk, according to a readout from Milleys office. Austin, meanwhile, met in person with Chinese Defense Minister Gen. Wei Fenghe in June on the sideline of the Shangri-La Dialogue in Singapore.

The secretary has repeatedly emphasized the importance of fully open lines of communication with Chinas defense leaders to ensure that we can avoid any miscalculations, and that remains true, Todd Breasseale, the Pentagons acting press secretary, told POLITICO in an email.

China on Friday announced that it was halting certain official dialogues between senior-level U.S. military commanders, including the regional commanders, as well as talks on maritime safety. The announcement does not specifically apply to Austin and Milleys counterparts, and officials said they are still open to communication between those leaders.

White House spokesperson John Kirby said while the announcement does not completely eliminate the opportunities for senior members of our military to talk, it increases the risk of an accident.

China is conducting military drills around Taiwan that have broken multiple precedents and fundamentally changed the status quo in the region. Beijing this week launched missiles into Taiwans territory, including at least one that appears to have flown over the island, and has sortied ships and aircraft across the median line separating Taiwans territorial waters from mainland China.

The U.S., which does not officially recognize Taiwans independence but sells weapons to the island, wants to avoid a situation such as on April 1, 2001, when a U.S. Navy EP-3 signals intelligence aircraft and a Chinese J-8 fighter collided in mid-air, prompting an international dispute.

The risk of such an incident is increasingly high. China has recently ramped up aggressive activity in the Pacific, particularly the East and South China seas, alarming U.S. officials. Chinese aircraft and ships have buzzed and harassed U.S. and allied pilots, even conducting an unsafe intercept with a U.S. special operations C-130 aircraft in June.

Yet canceling military dialogue is significant, but not unprecedented, experts said.

Historically this is definitely part of the playbook, Schriver said. Mil-mil [communications] historically is on the chopping block when we have problems with China.

But Kirby condemned the move as irresponsible at a time of escalating tensions.

We find the shutting down of military communications channels at whatever level and whatever scope and at a time of crisis to be an irresponsible Act, Kirby said.

Tosca Musk, Elon’s sister, has a business venture of...

Artist born without hands inspired to paint his muse...

Does LeBron James have Warriors in his future plans?

The Election That Saved the Internet From Russia and...

Leftists Scholz and Sanchez try to coordinate on budgets,...

House Democrats are working on legislation to protect people’s...

What Is Al-Hijra? How Islamic Event Is Celebrated

Malaysia’s imprisoned ex-PM Najib was once a political star

Georgia’s Senate candidates to face off in their first...

Would you eat at a restaurant inspired by cat...

Biden, Congress get a Zelenskyy test: The Note

Amazon gives its ‘Lord of the Rings’ series a...

Streaming is messing with the music charts

Global stocks mixed ahead of US GDP, Europe rates...

Russia’s invasion of Ukraine will cost the global economy...

POLITICO Playbook: Biden takes a back seat to Cheney

Curb hunger with a big breakfast but don’t count...

POLITICO Playbook: The subpoena’s out, but student debt relief...