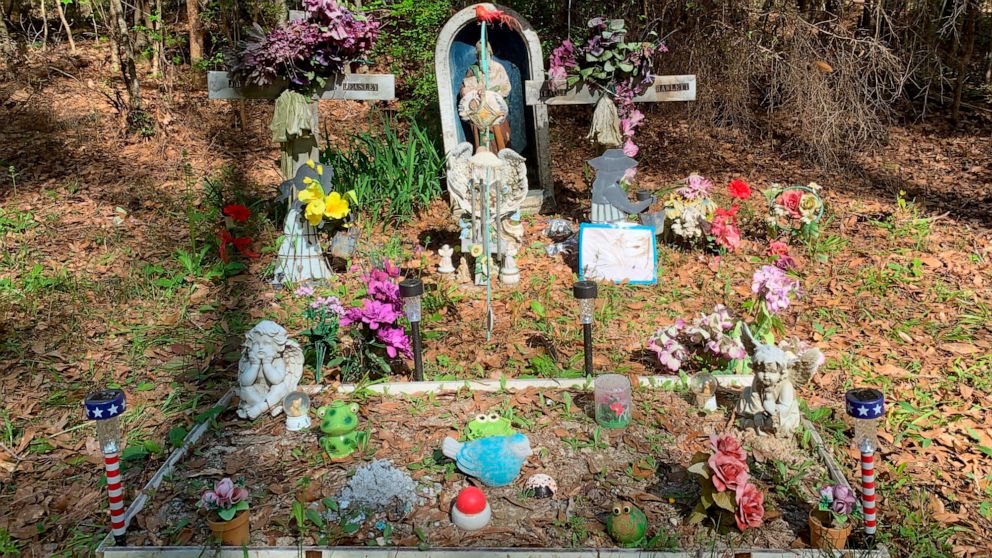 OZARK, Ala. — A woman whose claims about police being involved in the decades-old killings of two Alabama teens found dead in a car trunk fueled a social media frenzy several years ago now says she was lying the whole time.

Rena Crumb, 53, recanted her allegations Thursday as she testified during a hearing for an Alabama trucker awaiting trial on capital murder charges in the slayings of J.B. Beasley and Tracie Hawlett, WTVY-TV reported. The victims were both 17 when they were shot to death in southeast Alabama and left in a car trunk in 1999.

The defense hoped Crumb’s testimony about police wrongdoing could help clear their client. But after repeatedly saying she couldnt recall certain things, Crumb blurted out: I lied.

Coley McCraney, 48, was arrested in the killings in 2019, or about four years after a blogger in southeast Alabama reported Crumbs claims that police higher-ups had covered up an officer’s involvement in the slayings. The allegations blew up on true crime websites and social media, leading to a defamation lawsuit against Crumb and others that was dismissed in 2018 after the blogger filed for bankruptcy.

Authorities have said DNA evidence led to the arrest of McCraney, who has pleaded not guilty in the slayings and to a charge that he raped one of the victims.

McCraney’s defense asked a judge to let them present evidence that someone else killed the two, leading to the hearing in which Crumb, under questioning, said she hadn’t told the truth. The officer who Crumb had accused took the stand and denied his involvement, as did an investigator who questioned Crumb earlier this year.

Defense attorney David Harrison suggested that Crumb was threatened to change her story.

Crumb, a one-time volunteer with the Ozark Police Department, did not respond to a Facebook message sent Friday seeking comment. Crumb received a suspended sentence and a $250 fine in 2016 after being convicted for harassing a sister of Beasley, Jacqui Burgoon, records show.

Dale County Circuit Judge William Filmore didn’t immediately rule on what testimony jurors would be allowed to hear at McCraney’s trial, set to begin Aug. 15. Defense lawyers asked the judge to prevent jurors from considering any evidence collected from the car where the bodies were discovered, saying the car has been crushed and is no longer available, preventing them from inspecting it.

Android 13 could land even sooner than the Google...

Democrats making it ‘harder to get a burger in...

San Francisco reporter on the rising rate of unsolved...

Capitol Police officer injured in riot: ‘It was carnage....

‘One of the most important stories of our lifetime:’...

VCs Are Still Rushing to Back Crypto Startups

NASCAR’s Kyle Petty Shares Loss of His Son—’Like a...

Will this major Windows 11 update finally get me...

Shailesh Vara: Who is the new Northern Ireland secretary?

Mutinous soldiers take over military base in Burkina Faso

How can you save water during a hosepipe ban?

Can the ECB Avoid a Repeat of Its Debt...

After earning a ‘dream’ qualification, the tiny island nation...

Neanderthal extinction not caused by brutal wipe out

Wealth Inequality Across The Globe (Radio)

Goldman Prize: The activists who battled mining with drones

Emma Raducanu: Britain’s US Open champion pulls out of...

Think tank calls to raise and reform taxes in...

At least 14 dead after plane crashes in Nepal...

Former ‘Dancing with the Stars’ pro flees to Poland...

Train derails near LA site of recent wave of...

UK: 'Early signs' that monkeypox outbreak may be peaking