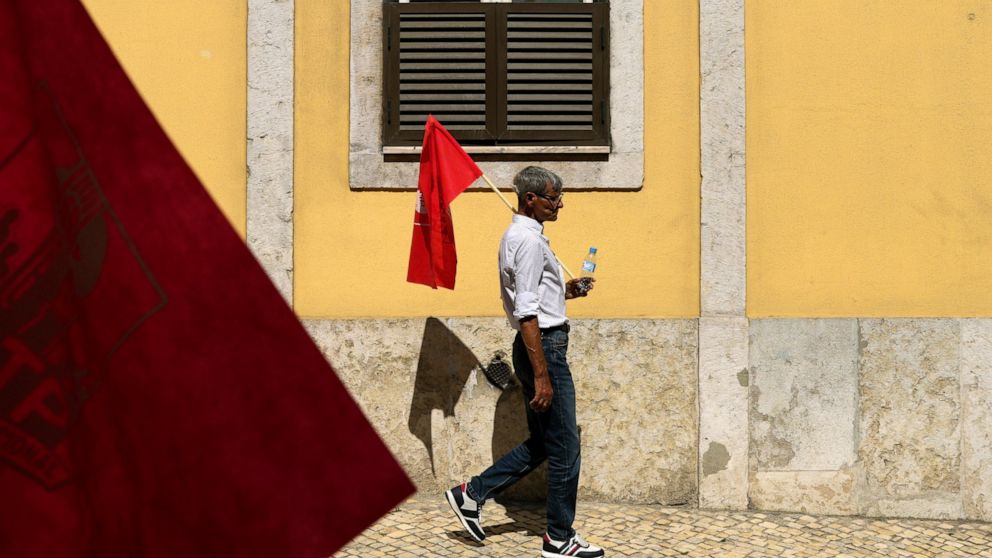 The heat worsened Portugals drought, with 45% of the mainland in extreme drought — the highest classification — and the rest in severe drought, which is the second-highest, by the end of July.

Many other parts of western Europe also witnessed torrid conditions in the early summer, and scientists say climate change will continue to make weather more extreme.

Southern Europes climate is changing to resemble that of North Africa, according to experts.

The Portuguese weather service, known by its acronym IPMA, said July was the hottest since national records began in 1931.

National rainfall measured 3 millimeters (0.12 inches), which was around 22% of the normal amount, the IMPA said.

These realityOS trademarks hint at an imminent Apple AR/VR...

From worms to war: The unlikely beginnings of NATO’s...

The New RevAir Hair Dryer Is Speedier, Smaller, and...

Continental geared up for stronger demand after second-quarter skid

Greece Takes Its Drive to Boost LGBTQ Rights up...

Abenomics After Abe in Japan and the World

Police officer and suspect both killed in Detroit shooting

Stop cheering for a fetus’s right to ride in...

Race is on to save the Great Salt Lake:...

Prince William Booed by Crowd Prior to FA Cup...

How Long Will the Commodities Boom Last? (Podcast)

Man charged after toddler in nappy found on Paisley...

Lacoste Snaps Back at M&S in Lawsuit Over Crocodile...

The Lessons Of The Zawahiri Strike

Greg Gutfeld: A Democrat finally addressed something real and...

Toronto Office Vacancies Rise to a Record on Recession...

British Embassy pokes fun at US on Independence Day:...