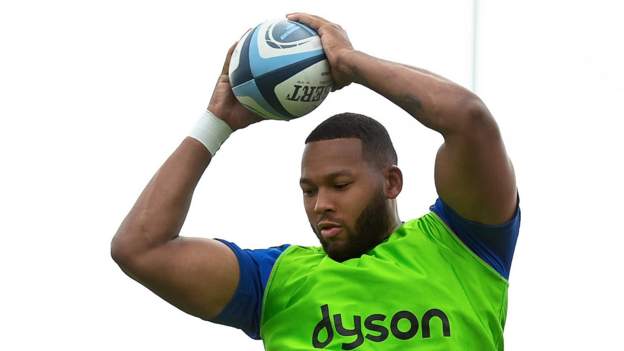 Bath have signed lock Michael Etete for the upcoming 2022-23 season after a successful trial with the club.

The second rower, 25, who can also play in the back row, has spent three weeks with the Premiership side during pre-season training.

Etete has played for National 1 teams Leeds Tykes and Rams RFC in the third tier in recent seasons.

“We have been really pleased with Michael’s attitude and application so far in pre-season,” Bath head of rugby Johann van Graan said.

“He has outstanding physical attributes and a strong desire to develop all facets of his game.” Apple AirTags are being used to stalk people

MoneyWatch: What’s behind the sharp drop in U.S. stocks?

Gwyneth Paltrow’s $120 disposable Goop diapers are not what...

Alessia Russo: England super sub says she ‘has to...

Scottish Premiership: Who does your team still need to...

Biden admin to change the way it deals with...

Laura Ingraham: Biden and Democrats’ message to voters is...

Klarna in talks to raise fresh funds at roughly...

Pope says he’ll slow down or retire: ‘You can...

Chelsea sale: Who are the key people behind consortium...

Five things to know about a possible fourth COVID-19...

At least 20 dead in South African club; cause...

Opening statements are set to begin today in the...

Tiger Woods talks treatment before second round of the...

Hackers could disrupt millions of smartphones by exploiting this...