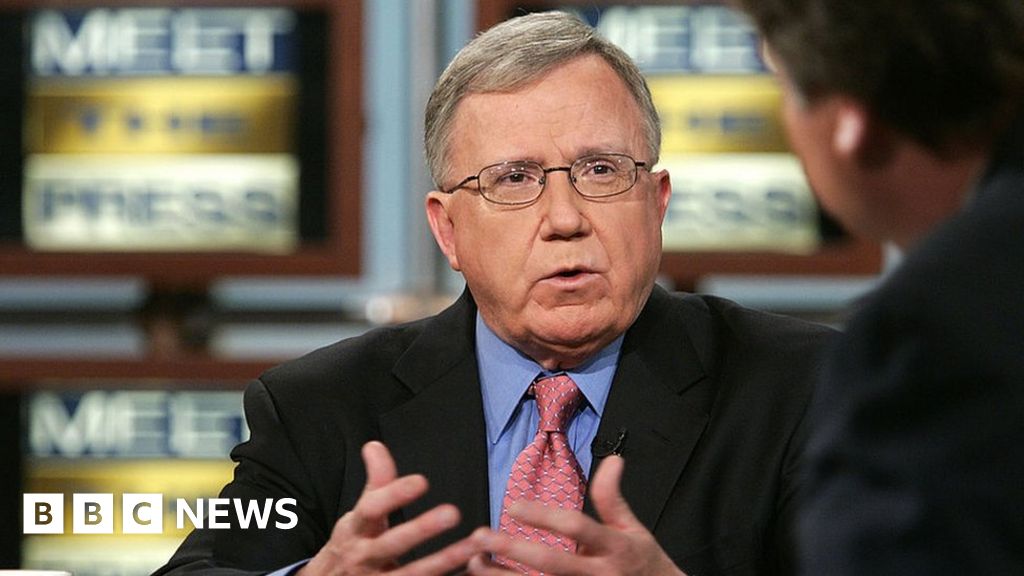 On 19 September, 2001 – with the ruins of the World Trade Center and Pentagon still smouldering from the 9/11 attacks – CIA officer Gary Schroen stepped into his boss’s office and received a set of orders: “Capture bin Laden, kill him, and bring his head back in a box on dry ice”.

As for Osama bin Laden’s deputy, Ayman Al Zawahiri, and the rest of Al-Qaeda’s inner circle, the orders were equally straightforward: “Their heads up on pikes”.

Within days, Schroen and a motley crew of paramilitary officers became the first Americans on the ground in Afghanistan, armed with little more than satellite phones – but also millions of dollars in cash to curry favour with potential allies. Weeks later, on 7 October, the US begins its attack on Taliban-ruled Afghanistan, sparking a nearly 20 year-long war that ended in August 2021.

Bin Laden was taken out in 2011, but it took another decade to kill Zawahiri.

And on 1 August – just one day after a US drone finally caught up to him in Kabul – Gary Schroen died at the age of 80, reportedly of a stroke.

In the wake of his death, CIA director William Burns hailed Schroen as “a legend and inspiration” to every officer working inside the US spy agency.

“In Afghanistan more than two decades ago and in every other role he served at CIA, Gary embodied the very best of our organisation,” Mr Burns said. “We will never forget his unwavering dedication, loyalty and perseverance.”

Few if any officers serving in the CIA at the time were better suited to lead the initial operation. Over the course of a career that spanned decades, Schroen served as the CIA’s “station chief” for both Afghanistan and Pakistan in the 1980s and 1990s.

At that time, “there was no interest by the US government” in Afghanistan, he later recalled in an interview with PBS,

“The Taliban were there. Everyone knew that they were committing human rights violations and were just a miserable government, treating their people terribly,” he said. “But really, no one back in Washington really cared that much.”

Image caption, CIA officers in a helicopter with $3m cash for Afghan commanders on 19 September, 2001 in a CIA photo.

By 1996, however, Schroen said that the “equation had changed” after US intelligence began to focus on the activities of Osama bin Laden, a then-relatively unknown jihadist and veteran of the guerrilla war against the Soviets in the 1980s.

Schroen formed part of a small group within the CIA’s Counterterrorism Center that warned of the threat from the the Saudi national. Schroen soon began re-establishing contact with Afghan commanders whom he had known from his time in the region.

For the next three years, at Schroen’s direction, the CIA repeatedly tried to kill or capture bin Laden, with plans ranging from ambushes on his convoy and raids on his farm in southern Afghanistan to cruise missiles and bombing raids.

Ultimately, bin Laden went on to orchestrate the bombings of US embassies in Kenya and Tanzania in 1998, and survived a large-scale cruise missile attack on Al-Qaeda bases in Afghanistan’s Khost Province in August of that year.

The 2001 mission to Afghanistan – officially known as Operation Jawbreaker – would see Schroen and seven other Americans link up with the Northern Alliance, a coalition of groups fighting the Taliban government that had ruled Afghanistan since 1996. When he got his orders, Schroen, then 59, was already 11 days into the CIA’s transition programme for employees going into retirement.

“I never expected I would get the call to go in,” he said years later. “I think it was the right choice, given my long relationship with those guys in the Northern Alliance.”

Image caption, Gary Schroen’s 2001 mission was to link up with Northern Alliance fighters such as these.

“His experience in Afghanistan prior to September 11, 2001 was absolutely pivotal to our success there in the initial invasion, an invasion which he led,” Mr Mulroy told the BBC. “Being on the first team into Afghanistan, Gary set the example and exemplified the concept of leading from the front.”

As a military operation, the invasion of Afghanistan was remarkably successful and drove the Taliban from power by December 2001. But Schroen’s main target – bin Laden – and other senior Al-Qaeda figures such as Al-Zawahiri escaped, while the Taliban regrouped and fought a long guerrilla war that culminated in the chaotic US withdrawal from Kabul last year.

In interviews later in his life, Schroen said the failure of the US to secure Afghanistan and capture its main enemies there was, in large part, due to a drain on both CIA and military resources caused by the 2003 invasion of Iraq.

Despite initial claims from the US administration of George W Bush that the Iraqi government was somehow connected to the 9/11 attacks, Schroen said he never believed in any linkage.

“The number of guys, CIA personnel, out in these little remote camps and bases were reduced in number…because of demand to staff up the Iraq effort,” he told NPR in 2005. “It really did cost us, I think, a lot in momentum. A loss of momentum that exists still today.”

Schroen finally managed to retire in the years after the Afghan invasion, and in 2005 published a book entitled “First In” about the operation.

Even years after his retirement, allies of bin Laden continued to see Schroen as a target. In 2013, the Somali militant group Al-Shabaab claimed on Twitter it had killed him, prompting unnamed US officials to tell NBC that such claims should be taken “with a grain of salt”.

“Gary Schroen is alive and well,” an NBC report at the time announced.

Schroen’s mission lives on at CIA headquarters in Virginia: The helicopter used in the 2001 mission remains on CIA grounds as a reminder. U.S. may do ‘2-for-2’ prisoner swap to get Griner, Whelan out of Russia: Ex-ambassador

Police: Suspect in slayings of 4 in Ohio arrested in Kansas

How Fetterman is pulling away in Pennsylvania

Spam emails are wasting hundreds of work hours every...

Everton 3-2 Crystal Palace: One of the greatest nights...

Looking to Rent in NYC? What Bidding Wars, Long...

Virginia senate panel votes down Wheeler, fight not over...

5 Things to Know About Australia’s Election

Learn Your Asians: Not All AAPI Are the Same...

EXPLAINER: Why are Dutch farmers protesting over emissions?

In the Middle of Summer, Fear Sets In Over...

‘Stop the Steal’ leader cooperating with DOJ’s investigation of...

Havas CEO to Meet Union After Harassment Claims at...

Roku could get a major YouTube TV update before...

BitMEX Co-Founder Deserves More Than a Year in Prison,...

Sony’s new zoom lens shows it still has the...

US media face Russian visa denial due to US...

Russia says relations with US ‘lying on the floor’

Jabra Hybrid Working in a Box

England in West Indies: Joe Root admits he could...

It's the End of Season One: The Readout With Allegra Stratton

Canada to use regulation to ban handgun imports in 2 weeks