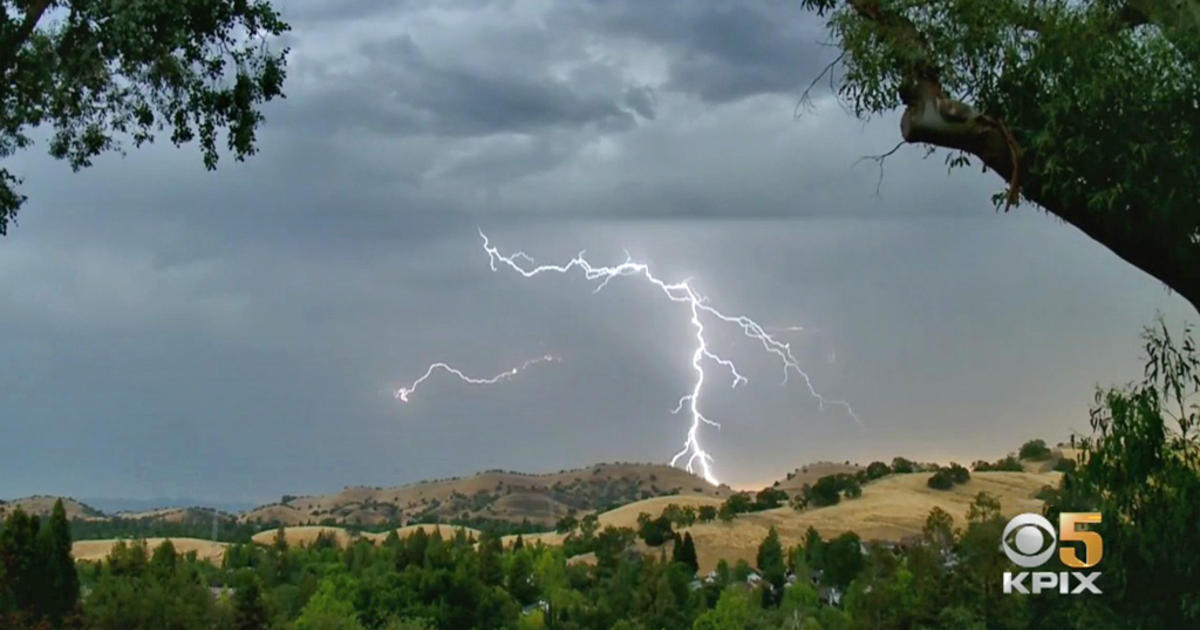 A lightning strike at an outdoors educator course in the Bridger-Teton National Forest in Wyoming killed one student and injured another, officials said Thursday. The announcement came on the same day that a lightning strike killed two people and critically injured two others in Washington, D.C.

The group with the National Outdoor Leadership School was just days into their trip and had set up camp near Enos Lake, south of Yellowstone National Park, when a thunderstorm moved into the area Tuesday evening.

John D. Murphy, 22, of Boston, died of cardiac arrest because of the lightning strike, Teton County Coroner Brent Blue said Thursday. Blue did not know if the lightning struck Murphy directly or passed through something else to him.

The injured student was flown to an Idaho hospital for treatment and released Wednesday, Shana Tarter, the school’s associate director for wilderness medicine, told the Jackson Hole News & Guide.

Nine other students, three instructors and two search and rescue members stayed the night in the back country after the lightning strike, school officials said.

Two people at the course who didn’t think they were capable of doing the 12-mile hike from the lake to the trailhead were flown out by helicopter Wednesday morning and the rest of the group hiked out, said Matt Hansen with Teton County Search and Rescue.

National Outdoor Leadership School President Terry Watson issued a statement, calling the lightning strike a “very sad day” for the school, its students and their families.

“We extend our deepest condolences to the family of our student who passed away on this course and are focused on supporting their family through its difficult process,” she said.

Murphy’s family released a statement saying they are “rocked by grief.”

“We know in his last moments he was with others who shared his passion for the wilderness and helping others,” the family said. “And he was doing what he loved best — being outdoors, in awe of the beauty of nature.”

The nonprofit global wilderness school based in Lander, Wyoming, teaches students to become outdoors educators. More than 330,000 students have graduated and there have been 13 deaths at school events during its 57-year history, the school said.

A 20-year-old man training with the school in 2011 fell down a 300-foot ravine into a river while backpacking in India during rainy conditions.

His mother filed a lawsuit against the school, but a Wyoming judge ruled that the contract the man signed releasing the school from liability prevented his survivors from suing the school. Man released after nearly 20 years in prison due...

Judge enters not guilty plea for mom charged in...

Google says it will delete users’ location history at...

Olympic athletes open up about mental health struggles in...

Nancy Pelosi Plays Down China Controversy on Her Taiwan...

Biden fires back at Rick Scott after saying he...

A Missile Silo in Kansas Is on Sale for...

Black voters are not a ‘monolith’: GOP congressional candidate

FIFA 22 could headline PS Plus free games for...

Jessica Ennis-Hill: Why I now train around my period

How cars became a fashion statement in the ’50s...

Coup? Insurrection? Uprising? America Can’t Even Decide What to...

AWS has made it easier to migrate your workloads to its Graviton...