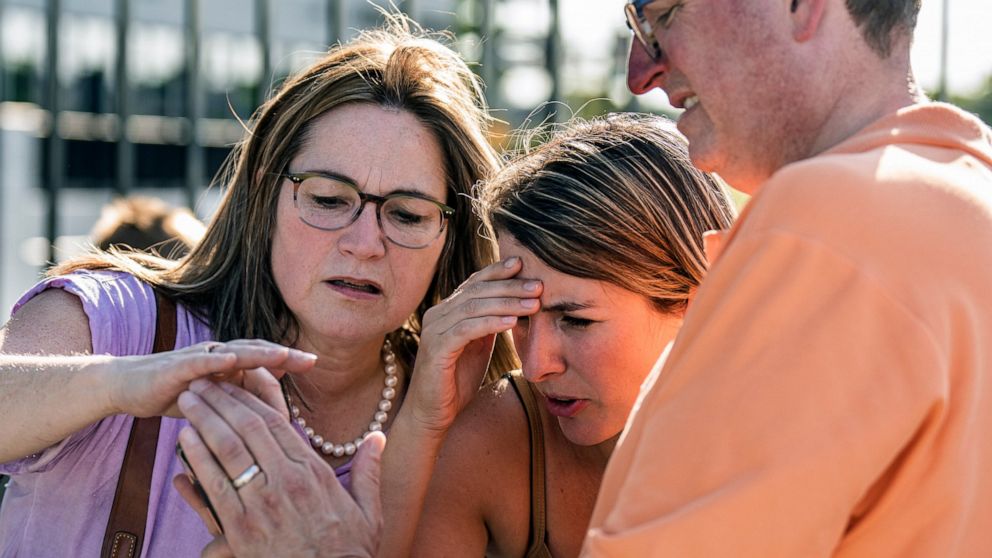 BLOOMINGTON, Minn. — The Mall of America is expected to reopen Friday as police continue to search for an individual who fired gunshots inside the suburban Minneapolis shopping complex.

Bloomington police say no one was struck by the gunfire Thursday afternoon. Officials temporarily locked down the mall, forcing some shoppers to shelter in place while others fled.

Police Chief Booker T. Hodges said two groups got into an altercation inside a Nike store, one group left, but someone in that group decided to fire three rounds into the store with people around.

Video posted to social media showed what appeared to be a man shouting as he walked near the Nike store then opening fire.

Other video posted online showed shoppers fleeing from the amusement park inside the malls ground level, holding their childrens hands and clutching their bags. A pair of police officers, including one with a rifle, could be seen moving through the mall, and people walking quickly away from its large atrium.

Mall spokesman Dan Jasper said the mall will have additional security and law enforcement when it reopens.

The mall, which opened in 1992, is the largest in the U.S. and is a tourist destination and community gathering spot. It bans guns on the premises, but does not have metal detectors upon entry.

It was also the scene of a shooting on New Years Eve, when two people were wounded during an apparent altercation.

Ballard to fundraise for potential Ways and Means chair

Walmart Is Weaning Itself Off of Big Tech

Finland says it could fend off Russian aggression with...

Woman in court accused of murdering man in Dundee

Judge enters not guilty plea for mom charged in...

Hungary’s alliances on the ballot ahead of tight election

How to send Valentines to kids in hospitals, nursing...

UK looking at using sanctioned properties of oligarchs to...

Explainer: Why NOPEC, the U.S. bill to crush the...

Steve Matthews on the Fed (Audio)

Student claims Christian college barred her from campus after...

Next China: The Covid Bubble