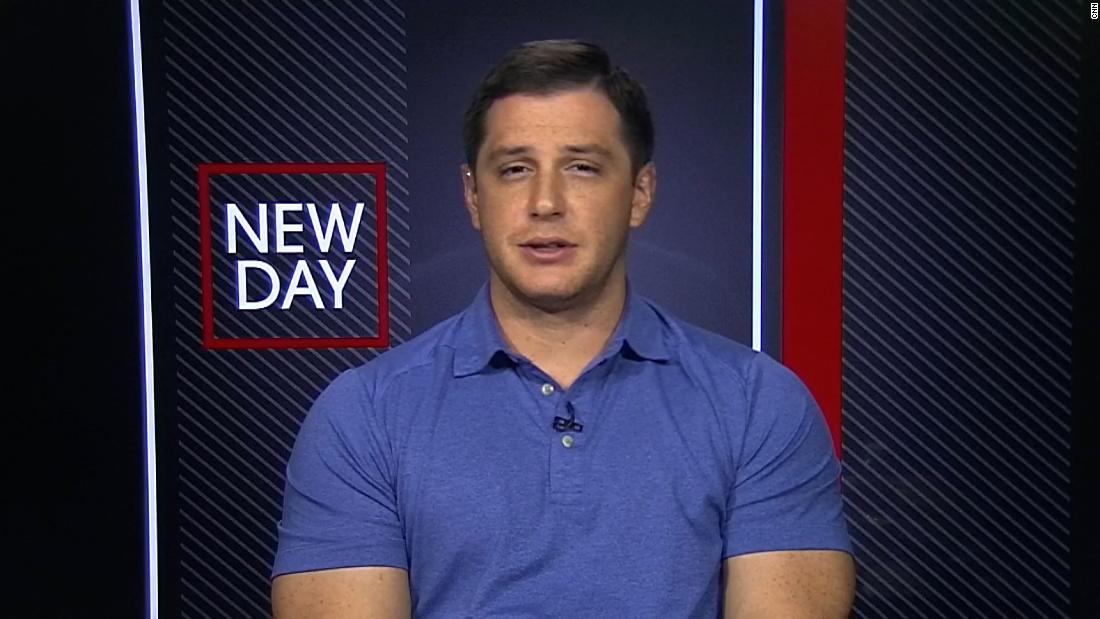 (CNN)Trevor Reed, a US citizen freed earlier this year after being detained in Russia for nearly three years, said Friday that Brittney Griner’s sentence by a Russian court is “clearly political.”

Griner, a WNBA star who was arrested in Russia in February, was convicted Thursday of deliberately smuggling drugs into Russia and sentenced to nine years of jail time. She plays there in the off-season and was accused of trying to smuggle less than 1 gram of cannabis oil in her luggage.

“Regardless of how you feel about Brittney Griner’s case, that sentence is clearly political. There’s no denying that,” Reed told CNN’s Brianna Keilar on “New Day.”

Reed, a former US Marine, was arrested in Russia in 2019, accused of endangering the “life and health” of Russian police officers in an altercation — charges that he and his family denied. He was sentenced by a Russian court to nine years in prison in 2020 and had been transferred to a labor camp during his detainment. Reed was released in a prisoner swap in April and returned home to the US.

Reed on Friday laid out what could happen next for Griner, who has returned to the Russian detention center where she was kept during her trial while her lawyers vow to appeal the sentence.

“Once you are convicted in Russian court, you do have a chance to go to appeals, and appeal that decision to another kangaroo court in Moscow. So after that trial, you know, depending on Brittney’s decision on whether she wants to appeal or not, she may stay in Moscow at the detention facility that she is already at until her appeals are completed. Or if she chooses not to go to appeals, they may transfer her to a forced labor camp. Considering the fact that the Russian government is considering exchanging her, they may also decide to leave her in Moscow to make it easier for her to be returned to the United States,” Reed said.

Reed said anyone who’s held in a Russian forced labor camp is “facing serious threats to their health” due to malnutrition, little to no medical attention and the risk of contracting diseases.

The Biden administration has classified Griner as wrongfully detained and continues to negotiate for her release.

Reed had previously told CNN that he believes Griner and Paul Whelan, another wrongfully detained American in Russia, “have a really good chance” of being released following CNN’s exclusive reporting that the Biden administration offered to exchange convicted Russian arms trafficker Viktor Bout as part of a potential deal to secure Griner and Whelan’s release.

Russian government officials requested last month that a former colonel from the country’s domestic spy agency, who was convicted of murder in Germany last year, be included in the US’ proposed swap of Bout for Griner and Whelan, multiple sources familiar with the discussions told CNN.

Russia’s foreign minister, Sergey Lavrov, told reporters in Cambodia on Friday that the Kremlin is “ready to discuss this topic, but within the framework of the channel that has been agreed by the presidents,” state news agency RIA Novosti reported. And shortly after, US Secretary of State Antony Blinken said at the same summit that the US will “pursue” talks with Russia.

Reed told CNN Friday: “I am hoping that there will be an exchange that we are able to get them home, so I am hoping for the best in that.” EU buys weapons for Ukraine, closes its airspace to...

LeVar Burton says not getting ‘Jeopardy!’ job was ‘humiliating’:...

Afsheen Gul: How a kind Indian doctor saved a...

New Zealand to end quarantine stays and reopen its...

Storm Eunice: Meet the man behind the Big Jet...

Russia cuts off gas exports to Finland in symbolic...

In a post-Trump era, U.S.-Mexico relations have been turned...

A look at political fundraising and spending trends across...

Title win will put Man City on a par...

Exxon Mobil doubled its profit from last year to...

Join the Sith with this new replica Black Series...

Charu Chanana on the Markets (Radio)

Antarctica’s majestic underwater world is trying to adapt to...

John Anderson on his miraculous recovery, new star-studded tribute album in his...