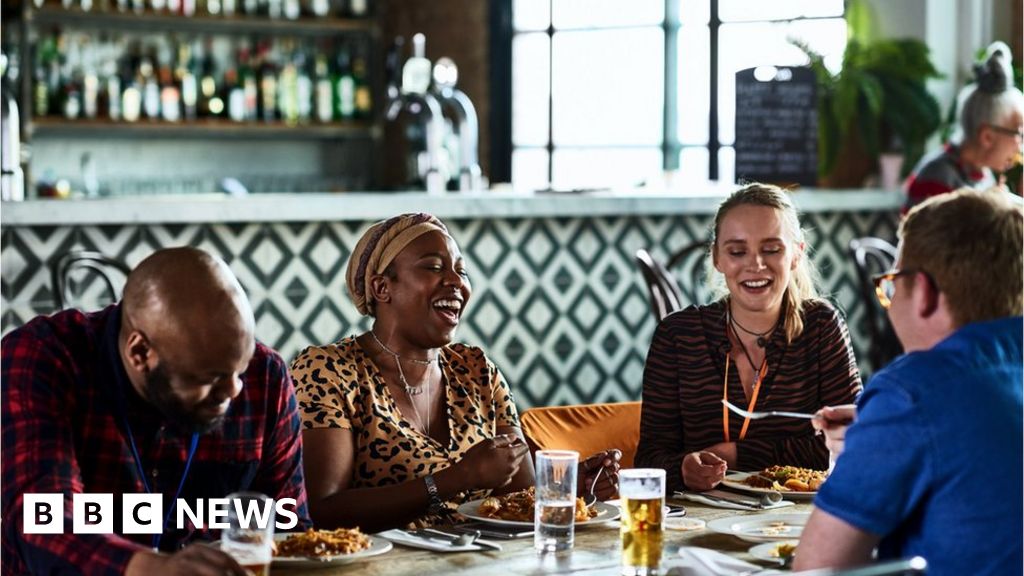 Covid infections are continuing to fall in the UK, dropping by more than half a million in a week, according to the Office for National Statistics (ONS).

Roughly 2.6 million people had the virus in the week to 26 July, compared to 3.2 million the previous week.

The number of people in hospital with the virus is also decreasing.

But experts warn there is still a lot of Covid around, with data estimating one in 25 people in England currently have the virus.

Vaccines are helping protect people from severe illness, however.

The ONS data is collated by testing thousands of people from UK households – whether or not they have symptoms – to estimate how much virus is circulating.

In the latest ONS report, for the week ending 26 July , the estimated Covid rates were:

“Our most recent data suggests that infection rates have continued to decrease across much of the UK, although rates still remain high,” said Dr Rhiannon Yapp, co-lead for the ONS survey.

“We have seen continued decreases in all regions and age groups in England.

“With the summer holidays and more people travelling, we will continue to closely monitor the data,” she added.

Many of the recent cases have been linked to fast-spreading sub-variants of Omicron, called BA.4 and BA.5.

People are still able to become infected, even if they have had Covid before – but vaccines are helping to protect people from becoming severely ill.

The government announced last month that everyone aged 50 and over in the UK will be offered another Covid booster vaccine this autumn. Zelensky posts video from his Kyiv office: ‘I am...

Russia sees risk of talks with US ending quickly

France’s ambassador to the U.S. speaks about escalating Russia-Ukraine...

Intel to Relinquish Its Chipmaking Crown to Samsung (Podcast)

Behind the push to freeze Moscow’s foreign cash

Playlist, Villain Revealed for Guardians of the Galaxy: Cosmic...

How war in Ukraine influenced the SNP’s position on...

Why Insulin Price Cap for Private Insurers Won’t Be...

Geopolymer: Effective Use of Waste Materials

Oops – Apple did it again: the new MacBook...

A Light in the Darkness

What Is in Store for The United States? |...

‘Disruption’ Is a Two-Way Street

Women asked if bladder drug should be available to...

Louisiana rapper killed in shooting in his hometown

Woman injured amid incidents in Skye and Lochalsh

Over half of U.S. abortions now done with pills,...

Real Incomes Fall For Fourth Quarter in a Row:...

Argentina’s president sacks economy chief after less than a...

Members of the Kardashian family attend jury selection for...

Flock of poultry in Aberdeenshire tests positive for bird...