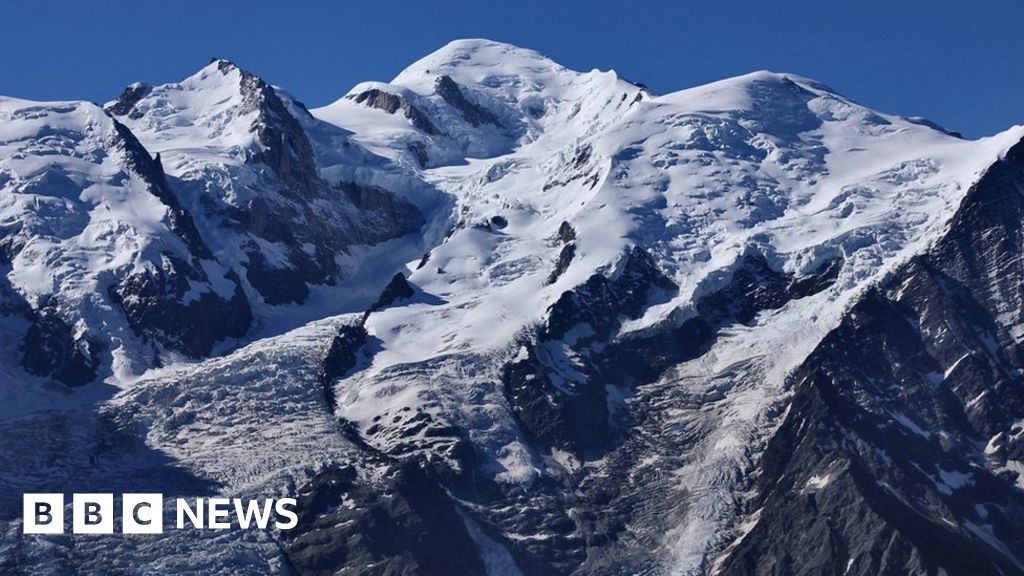 Jean-Marc Peillex is mayor of Saint-Gervais, a village at the foot of Western Europe’s highest mountain, whose summit is at 4,807m (15,774ft).

Those who ignored warnings and took the Goûter route up the mountain were playing “Russian roulette”, he said.

The heatwave has increased rockfalls.

Mayor Peillex said the average cost of a rescue on the mountain was 10,000 and funeral costs were 5,000. “It is unacceptable for the French taxpayer to cover those costs,” he said in a press release.

His statement on the village’s official website noted that mountain guides were now refusing to take climbers on the popular Goûter route – also known as the Royal Way – from Saint-Gervais or the nearby Alpine resort of Chamonix. Their decision is in force until mid-August at the earliest.

Mayor Peillex castigated some “pseudo climbers” who insisted on attempting the climb “with death in their backpacks”.

He said a group of Romanians were found on the mountain on 30 July wearing shorts and trainers. A police helicopter ordered them through a loudhailer to turn back, he said, “and while they did so, they said they would return the next day”!

The mayor has closed until further notice the mountain refuges at Goûter and Tête Rousse because of rockfalls.

A lack of winter snow and this summer’s extraordinary heat have destabilised rocks and made crossing crevasses more difficult. The heat – attributed to climate change – has also increased the risk of avalanches in the Alps, as glaciers melt.

An expert guide in Chamonix quoted by AFP news agency, Olivier Grebert, said only a dozen to 20 skilled mountaineers were able to reach the summit each day, compared to 100-120 usually.

Mont Blanc has 11 peaks above 4,000m in France and Italy and normally attracts hundreds of thousands of tourists every year. Besides Goûter, several other routes up the mountain, including from Courmayeur in Italy, remain open despite the hazards.

Inflation Out of Control 1 Year After Biden Said...

War in Ukraine: ‘I saw a Russian soldier shoot...

From Peru to Uganda, activists call on Deutsche Bank...

Scottish secretary is only territorial minister left in PM’s...

Ice shelf collapse in East Antarctica is a first...

Away from Gaza, Islamic Jihad digs in against Israel...

Manchester United 4-0 Liverpool: What did we learn from...

Everton: We’ve got to show the fans that we...

Bisnow CEO Will Friend Killed by Lightning on Fourth...

Why will England v Italy be played behind closed...

Childhood lead exposure reduced IQ scores for half of...

Platinum Jubilee concert: Mummy laughs and cries with us...

FlySafair to Add New Routes Across Africa After Rival’s...

Sasse to vote no on Jackson’s Supreme Court nomination