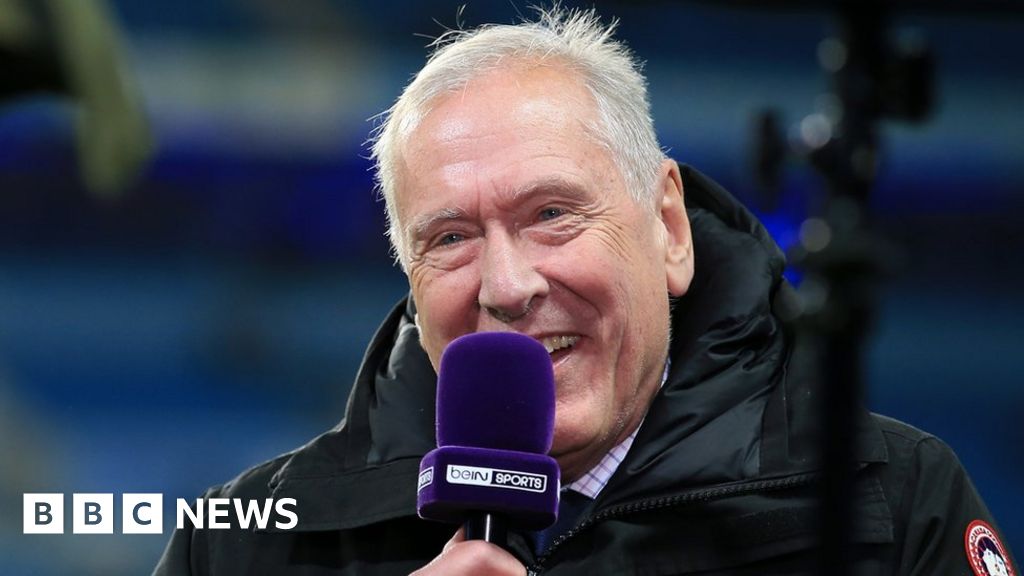 Football commentator Martin Tyler has apologised after referring to “Hillsborough and other hooligan-related issues” in a BBC interview.

The Sky Sports commentator made the reference while appearing on BBC Radio 4’s Today programme.

Mr Tyler later apologised, while the BBC said it regretted not challenging his remarks “robustly”.

The commentator said he wanted to “apologise sincerely and wholeheartedly for any misunderstanding”.

He added that there was “no connection at all between the Hillsborough disaster and hooliganism”.

Image caption, In 2016, an inquests jury found that Liverpool fans were not to blame for what happened at Hillsborough

Ninety-seven Liverpool fans died as a result of a crush during an FA Cup semi-final at Sheffield Wednesday’s Hillsborough stadium on 15 April 1989.

In the aftermath, police falsely claimed that fans “forced” a gate at the ground, while The Sun newspaper made untrue allegations about fans’ behaviour.

In 2016, an inquests jury found that Liverpool fans were not to blame for what happened at Hillsborough and those who died were unlawfully killed.

Mr Tyler made his comments while being interviewed about the Premier League launch in 1992 by Today presenter Martha Kearney and Justin Webb.

He said the game was “in a bit of a crisis at that time”, adding: “We weren’t that long after Hillsborough and other hooligan-related issues as well, so it was a very much a difficult time for the game generally.”

Mr Rotheram, who was at Hillsborough, said on Twitter that Mr Tyler’s remarks had been “exceptionally crass”.

He said the commentator was “a man who should know much better”.

“Even now, people whose careers are built on football still spread these foul smears,” he said.

Liverpool West Derby MP Ian Byrne said Mr Tyler’s comments were “disgraceful”, while fellow Labour MP Paula Barker, who represents Liverpool Wavertree, said they were “disgusting”, adding: “How can he be allowed to have a career in sports journalism and perpetuate these lies?”

Image caption, Mr Rotheram criticised both Mr Tyler for making the comments and the Today presenters for not challenging them

In a statement, Mr Tyler said “while discussing various crises facing football 30 years ago, I referred to some examples including the Hillsborough disaster and also controversy over hooliganism at matches”.

“These are two separate issues,” he said.

“There is no connection at all between the Hillsborough disaster and hooliganism – I know that, and I was not implying that there was.”

The mayor said the commentator “should know better, but why do interviewers never challenge these smears that have been so resoundingly disproven time and again?”

In a statement, the BBC said: “We regret that we did not robustly challenge Martin Tyler on a comment which appeared to link Hillsborough and hooliganism.”

“Martin has since apologised for the comment and clarified that these were separate examples and he did not intend to conflate the two,” a spokesman added. Microsoft Outlook update will address one of the most...

Pfizer CEO predicts omicron vaccine will be ready in...

Biden enters the Always Be Closing phase of his...

Video of Trump-Backed Vance Saying He Doesn’t Care About...

Opinion: Biden’s trip to the Middle East is just...

UAE Plans to Introduce Unemployment Insurance for All Workers

Rocky Mountain states to team up on hydrogen tech...

County Championship: Durham bat out most of the day...

Friday With Will & Pete

Coinbase CEO Predicts One Billion Crypto Users Within a...

Texas rabbi says he escaped after throwing chair at...

Opinion | Trump’s Legal Advisers Could Be the First...

Jussie Smollett is out of jail, but faces uncertain...

For US to lead on global COVID-19 response, president...

Can I Catch Covid Outside?

Filipinos are buying books to preserve the truth about...

Covid-19: North Korea claims to have recovered from outbreak

After First Kill's shock cancelation, the showrunner has hit out at Netflix