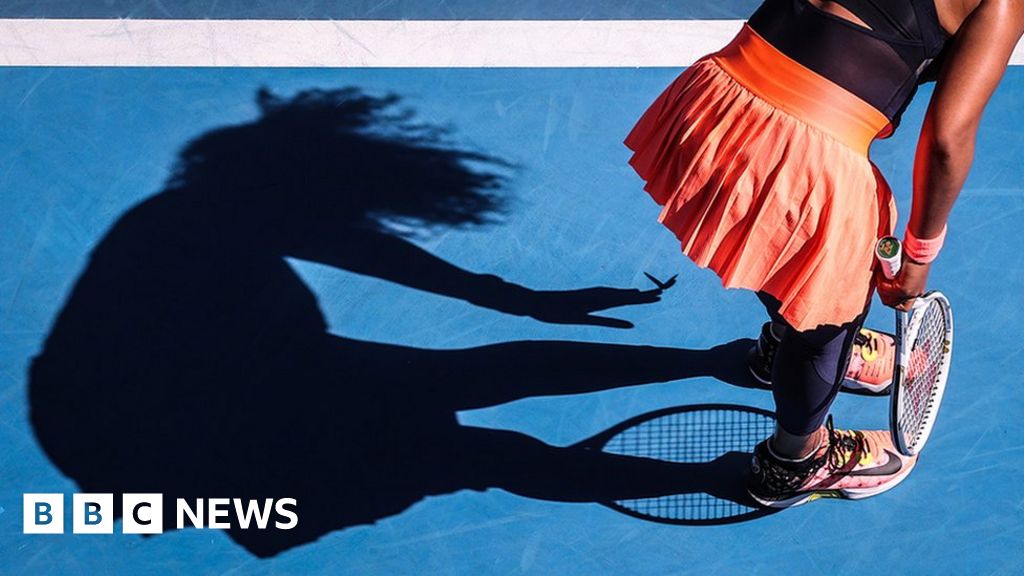 An image of a butterfly resting on tennis player Naomi Osaka’s fingertips, by David Gray, has been named overall winner of the World Sports Photography Awards.

The photo was taken at the 2021 Australian Open and shows Ms Osaka, Japan’s four-time Grand Slam winner, give a helping hand to a stray butterfly when it landed on her.

“This is a breathtaking image,” said the competition’s co-founder, Simon Burton.

“Sports Photography captures special moments and tells unique stories, but most of all it draws you in and reveals the unexpected. It forces you to look again and reconsider.”

The competition, now in its third year, received more than 7,000 entries from around the world, with categories including American Football, Basketball, Cycling, Gymnastics and Football.

Here are the rest of the winners across 23 other categories.

Image caption, Players for the Army Black Knights, representing the United States Military Academy, sit in the locker room before a game against the Navy Midshipmen, of the US Naval Academy, at the MetLife Stadium in New Jersey.

Image caption, Adolis Garcia of the Texas Rangers takes a home run away from Mitch Haniger of the Seattle Mariners during the first inning at T-Mobile Park in Seattle, Washington, in May 2021.

Image caption, Pakistan’s left-handed cricketer, Khushdil Shah, plays a shot during a match in the National Stadium in Karachi.

Image caption, Spectators in the narrow streets of Siena, Italy, watch the peloton ride through during stage 12 of the 2021 Giro d’Italia.

Image caption, Bryson DeChambeau, USA, plays a shot at the ninth hole during Saturday Afternoon Fourball Matches at the 43rd Ryder Cup. The United States regained the Ryder Cup with a record 19-9 victory over Europe at Whistling Straits in Wisconsin.

Image caption, China’s Guan Chenchen, 16, wins the gold medal in the beam final, finishing ahead of her team-mate Tang Xijing and the USA’s Simone Biles at the Tokyo 2020 Olympic Games.

Image caption, Players from the Pittsburgh Penguins defend against the New Jersey Devils late in the third period of their National Hockey League game at the Prudential Center in Newark, New Jersey. The Penguins defeated the Devils 3-1.

Image caption, South Africas Franco Mostert wins a lineout against the British and Irish Lions in their Rugby Union match at the Cape Town Stadium. South Africa earned a 19-16 victory to win the third and deciding Test of the series.

Image caption, Fireworks rise above the Olympic Stadium in Japan during the opening ceremony of the Tokyo 2020 Olympic Games.

Image caption, Czech Republic’s Lukas Rohan in action during the Mens C-1 Slalom at the Sea Forest Waterway in Tokyo, Japan. The canoeist won the Olympic silver medal for the event.

Suspect named in slayings of newlyweds at Utah campsite

How important is the human element behind business analytics?...

Cost of living: Families cut back on fuel and...

Casey White charged with killing official who helped him...

Ukraine war round-up: Carnage at the river and a...

California Democrats to investigate cause of high gas prices

Patrol agents on horseback did not whip migrants, but...

Google might actually be the best friend for open-source...

Republicans block $35 cap on price of insulin from...

The Papers: G7 urged to back Ukraine as leaders...