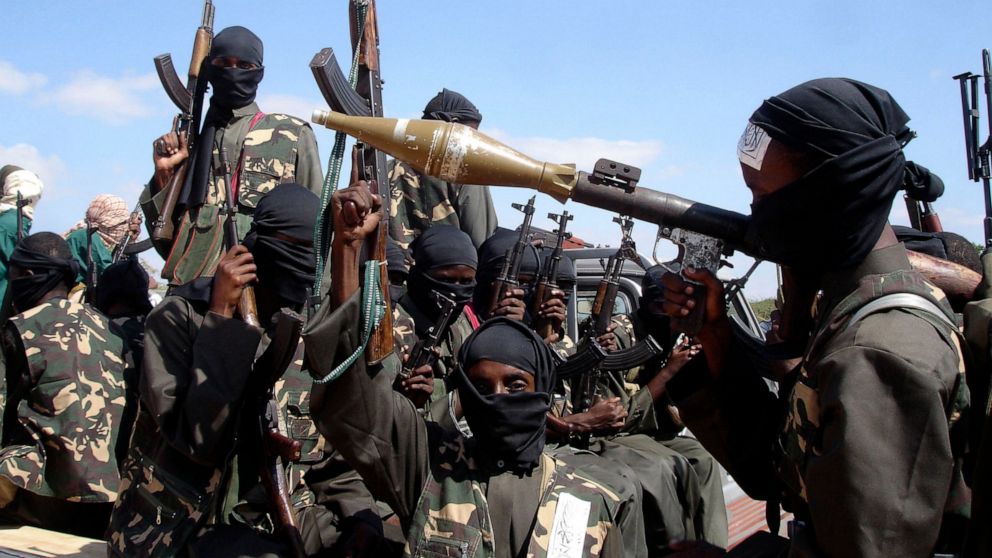 MOGADISHU, Somalia — The al-Shabab extremist group has exploited Ethiopias internal turmoil to cross the border from neighboring Somalia in unprecedented attacks in recent weeks that a top U.S. military commander has warned could continue.

The deadly incursions into Ethiopia, Africas second most populous country and long seen as an anchor of security in the Horn of Africa, are the latest sign of how deeply the recent war in the northern Tigray region and other ethnic fighting have made the country more vulnerable.

Ethiopia has long resisted such cross-border attacks by the al-Qaida-linked al-Shabab, in part by deploying troops inside Somalia, where the extremist group controls large rural parts of the countrys southern and central regions. But the government of Prime Minister Abiy Ahmed and its security forces have struggled with unrest at home especially since the Tigray conflict began in late 2020.

Experts say al-Shabab, also emboldened by instability under Somalias previous administration, is seizing the chance to expand its footprint and claim the killing of scores of Ethiopian security forces. But the group is also feeling the pressure of a renewed push by Somalias new government and the return of U.S. forces to the country after their withdrawal by former President Donald Trump.

The turn to Ethiopia is a significant strategic shift by al-Shabab, Matt Bryden, a security analyst with the Sahan Foundation think tank, told The Associated Press. The extremist group had never been able to conduct major operations inside Ethiopia.

The reports of clashes along the Ethiopia-Somalia border are just a fraction of the overall picture, Bryden said. We understand that planning for this offensive began more than one year ago, when the Ethiopian government appeared to be on the verge of collapse as rival Tigray forces pushed toward the capital, Addis Ababa. Those forces later retreated, and both sides are edging toward peace talks.

Al-Shabab has trained several thousand fighters for its Ethiopian command, mainly ethnic Somalis and Oromos inside Ethiopia, Bryden asserted. Ethiopias federal government has said it fears al-Shabab will link up with the Oromo Liberation Army, which it has designated a terror organization, though other security experts have called that unlikely.

Hundreds of al-Shabab fighters were able to slip into Ethiopia last week alone and their presence has been detected near multiple communities such as El Kari, Jaraati, and Imey, Bryden said. The incursions began in late July.

There are also credible reports of al-Shabab units deploying in the direction of Moyale, the main border post between Ethiopia and Kenya, he said.

Somalias previous president, Mohamed Abdullahi Mohamed, avoided any major confrontation with al-Shabab. But new President Hassan Sheikh Mohamud has said his government will take the offensive against the groups thousands of fighters, with the backing of returning U.S. forces.

Al-Shabab therefore faces a much greater military challenge in Somalia than before and has therefore embarked on this Ethiopian campaign in order to preserve some of its forces and establish strategic depth, Bryden said.

He warned that if al-Shabab establishes a stronghold in southeastern Ethiopia, the consequences for peace and security in the region could be very serious indeed. The fighters would be well-positioned to strike deeper into Ethiopia, into Kenya and even as far as Uganda to the west. Al-Shabab has carried out several high-profile deadly attacks inside Kenya over the years.

The outgoing head of the U.S. Africa Command, Gen. Stephen Townsend, last month warned that al-Shababs activities inside Ethiopia were not a one-off and said the fighters made it as far as 150 kilometers into the country.

Al-Shabab has long regarded Ethiopia an enemy for its long military presence inside Somalia countering the fighters. Via its Radio Andalus media arm, the extremist group has claimed killing at least 187 Ethiopian regional forces and seizing military equipment in its attacks.

Ethiopian officials have expressed alarm. On Tuesday, the countrys Somali regional president, Mustefa Omer, told a regional assembly that more than 600 al-Shabab fighters have been killed.

The region is in a lengthy war with the extremists, not just a one-time clash, he said, and the Ethiopian federal army is currently involved in the fight against the terrorists … and we will also work with Somalia.

He said the goal is to create a security buffer inside Somalia to guard against further incursions. We should not wait for the enemy to invade, he said.

Also on Tuesday, the Somali region announced that Ethiopian military officials had arrived in Somalias town of Beledweyne to discuss strategies to counter al-Shababs incursion. The statement said Ethiopias soldiers in the African Union peacekeeping force in Somalia will be deployed against the extremists.

Residents of the Somali town of Yeed near the Ethiopian border told the AP they witnessed losses suffered by al-Shabab fighters in an Ethiopian attack last week. They spoke on condition of anonymity out of fear of retribution.

And a resident of Somalias Bakool region, Isak Yarow, said Ethiopian military planes have carried out airstrikes in Garasweyne village in an area where Ethiopian and al-Shabab fighters have clashed.

Ethiopias military has claimed the killing of three prominent al-Shabab figures including its propaganda chief, but the extremist group has denied it.

While Al-Shababs ultimate aims inside Ethiopia are yet to be determined, its new actions signal its growing ambition, regional capabilities, and opportunism to exploit regional geopolitics, especially as the Abiy Ahmed government struggles to contain the various insurgencies inside Ethiopia, security analysts Caleb Weiss and Ryan OFarrell wrote late last month.

Security analyst Ismail Osman, a former deputy of Somalias National Intelligence and Security Agency, told the AP that President Hassan Sheikh Mohamuds immediate priority is to eradicate al-Shabab and warned that regional tensions could worsen amid this new instability.

Poland to give households one-off payment to offset rising...

This Roomba robot vacuum is now at its lowest...

War in Ukraine: Street in Bucha found strewn with...

Nintendo Switch has now outsold the Wii, but its...

Germany: 101-year-old convicted of accessory to murder for serving...

NHS under huge strain as A&Es turn away ambulances

Elon Musk’s decision to back out of $44 billion...

Letter from Africa: Africa plays on in 2022 without...

Why M&G’s Eric Lonergan Believes We’re at the Start...

Jan. 6 committee on verge of obtaining some records...

Meta and Apple Hand Over Data to Hackers (Podcast)

‘Hugely hypocritical’: Pro-worker lawmakers face pushback from their own

Pfizer vaccine for children under 5 could be available...

Hawaii: When a Billionaire Buys Your Hometown (Podcast)

Alabama transgender youth can use medicine during transition, judge...

What Does Steve Bannon’s Conviction Mean for Trump?

William Huston on the Markets (Radio)

U.K.’s Most Vulnerable to Get Spring Booster as Restrictions...

Sajid Javid: Long A&E waits not what anyone wants...

UK heatwave: The unusual things happening because of the...