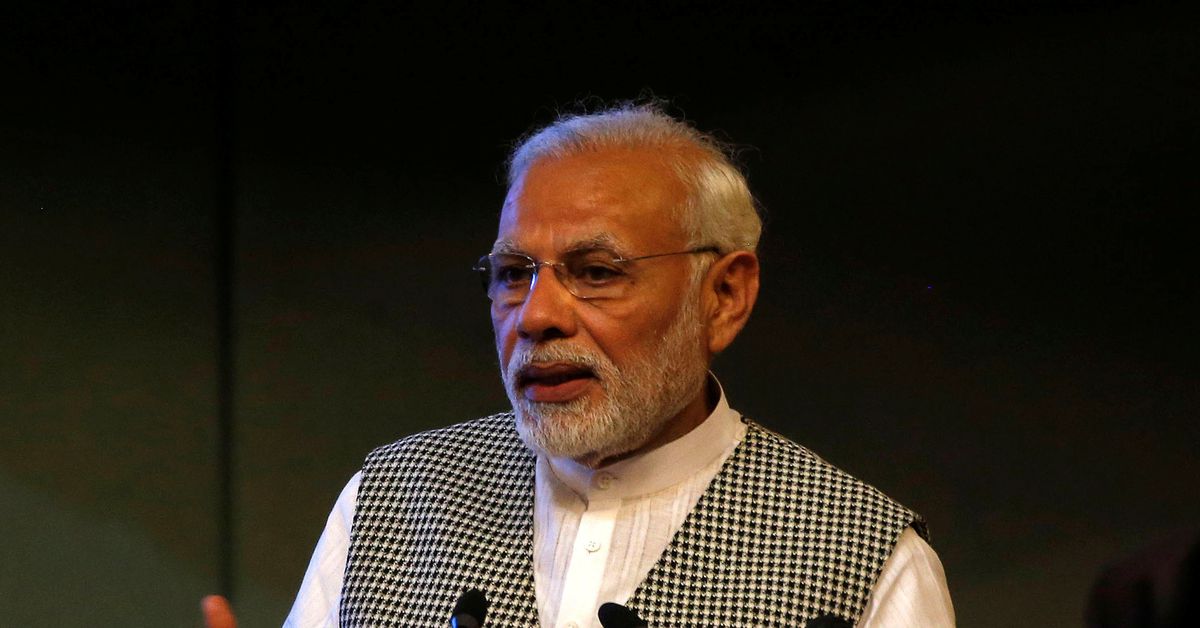 MUMBAI, Aug 5 (Reuters Breakingviews) – India is set to take a seat at the global M&A table. Prime Minister Narendra Modis government is preparing to give its antitrust enforcer a bigger say in overseas deals. India may have missed the boat to stymie Big Tech read more unions like Meta Platforms 2014 acquisition of WhatsApp, which boasts some 530 million users in the country today, but the new powers will nonetheless shake the worlds dealmakers.

Under a refreshed competition law, expected to be presented to parliament as early as today, all deals exceeding $253 million for firms with substantial business operations in India would require permission from the competition commission, according to Bloomberg. In the past, India focused on a merged entitys asset size and turnover as a criteria to intervene. If lawmakers subsequently come up with a broad definition of what is deemed substantial, authorities will have a freer hand.

Antitrust blocks within the country are rare. In the first decade since India launched its merger control regime in 2011, the regulator approved over 700 filings; while it suggested some remedies for deals, it blocked none, lawyers at Shardul Amarchand Mangaldas say. Indeed, approval for Mukesh Ambanis Reliance Industries (RELI.NS) to acquire its closest retail rival Future Group, a deal later torpedoed by the latters creditors in April, gives an impression that officials have been asleep at the wheel.

Pressure to act is building as M&A activity in the $3 trillion emerging market giant grows. Deals involving an Indian target amounted to $121 billion in the first half of the year, per Refinitiv, almost 6% of the total global value. That puts the country fourth after the United States, China and the UK.

Dealmakers can only hope India is a less complicating factor than its large neighbour. China has a track record of killing deals by withholding antitrust approvals: in 2018, for example, U.S. chipmaker Qualcomm was forced to walk away from its $44 billion acquisition of NXP Semiconductors (NXPI.O) after it failed to secure Beijings consent. At the time, the deals collapse was seen as collateral damage from Chinas trade war with Washington. China may well have had concerns on patents or other business grounds but it left parties guessing, making it harder for companies to agree deals going forward.

Indias rising status as a huge consumer market and growing centre for global innovation give it plenty of reasons to have a big voice in making or breaking deals. Companies around the world will be paying close attention.

(The author is a Reuters Breakingviews columnist. The opinions expressed are her own.)

India is planning to overhaul its competition law so that companies will have to seek the countrys antitrust approval for many overseas mergers and acquisitions, Bloomberg reported on Aug. 4.

All deals where the transaction value exceeds 20 billion rupees ($252 million) would require permission of Indias antitrust regulator if the firms have substantial business operations in India, according to a draft bill seen by the news agency.

The bill could be presented to parliament as early as Aug. 5, the report added citing a person with knowledge of the matter who confirmed the documents contents.

‘A banana a day’: Starch supplement may reduce the...

A 12-year-old Black swimmer was nearly disqualified from a...

CVS Expects Demand for Covid Tests and Shots to...

‘This is Not America’s Flag:’ Artworks challenge what it...

Swiss give cool reply to Ukraine call for seizing...

How a Fox News Interview Threw the Antiwork Subreddit...

Woman Blasted After Not Inviting ‘Drug Addict’ Brother-In-Law to...

Georgia hot car death of 1-year-old at Walgreens is...

Biden to Sign Executive Order on US Cryptocurrency Strategy...

Enough is enough: The VA must stop the manipulation...

Citigroup Is Helping Some of Its 200 Ukraine Workers...

Thousands who died remembered on “Faces Of COVID”

Millions in path of heat wave sweeping through U.S.

The James Webb Space Telescope owes its success to...

Ukrainians sign petition to give citizenship, PM role to...

Chris Wood: Newcastle United closing in on Burnley and...

At least 6 killed after glacier collapses in Italian...

Stefanie Holtze-Jen on the Markets (Radio)

Surplus Amazon stock given to struggling families in Fife

Jake Wightman: World champion and his dad Geoff on...

Capturing a semi-submersible loaded with cocaine

EXPLAINER: Why is insulin so expensive and difficult to cap?