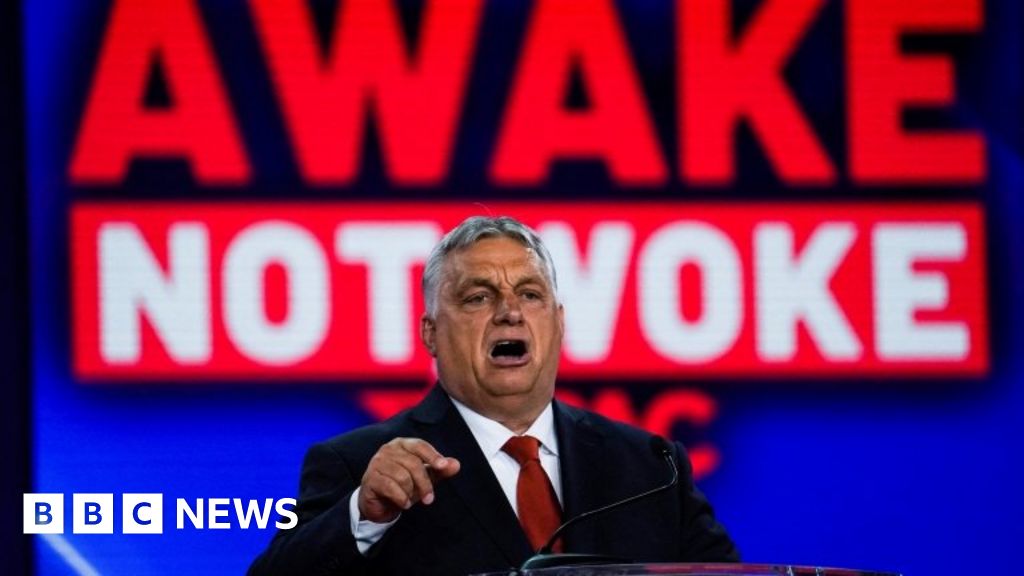 Hungarian Prime Minister Viktor Orban has told a conference of US conservatives that the West is locked in “a clash of civilisations”.

Mr Orban’s speech comes after his longtime cabinet adviser resigned over comments he made that she described as “pure Nazi”.

He had said Hungarians “do not want to become peoples of mixed race”.

Speaking in Dallas on Thursday, Mr Orban did not directly address that furore, but said: “A Christian politician cannot be racist.”

The Hungarian premier also said those who consider him a racist or anti-Semite are “simply idiots”.

“But I don’t want to give them any ideas, they know best how to write fake news.”

Mr Orban, who has been in power since 2010, criticised former US President Barack Obama, Democratic megadonor George Soros and “globalists”.

“We must take back the institutions in Washington and in Brussels,” he said. “We must co-ordinate the movement of our troops, because we face the same challenge.

“You have two years to get ready,” he added, in apparent reference to the 2024 US presidential election.

Mr Orban elicited a standing ovation when he read from the Hungarian constitution, declaring marriage to be only between one man and one woman.

Speaking last month in Romania, Mr Orban triggered outrage when he said: “We are willing to mix with one another, but we do not want to become peoples of mixed race.”

The remarks prompted an inner circle adviser of his to resign in protest, and provoked widespread condemnation.

Mr Trump – who described Mr Orban in a statement as his friend – will address CPAC on Saturday.

BT data centres will give London Underground 4G a...

Fired Philadelphia cop charged with murder in shooting of...

Lamborghini to invest at least 1.8 bln euros in...

Formula One ready to rock as Miami makes its...

California will make its own insulin to combat high...

Bitcoin tumbles, a stablecoin plunges in wild week in...

Stunning Mousasi stops Vanderford in round one to retain...

Who was the Mona Lisa in real life? Story...

Wordle: What’s up with this game and why do...

PMQs: Johnson and Blackford on prime minister’s future in...

US slightly revises up its GDP estimate for Q4...

US Capitol police officer arrested in Israel while working...

Bodies of murdered priests and tour guide found in...

Ukraine’s Forces Get Boost From Arsenal of Old-Fashioned Artillery