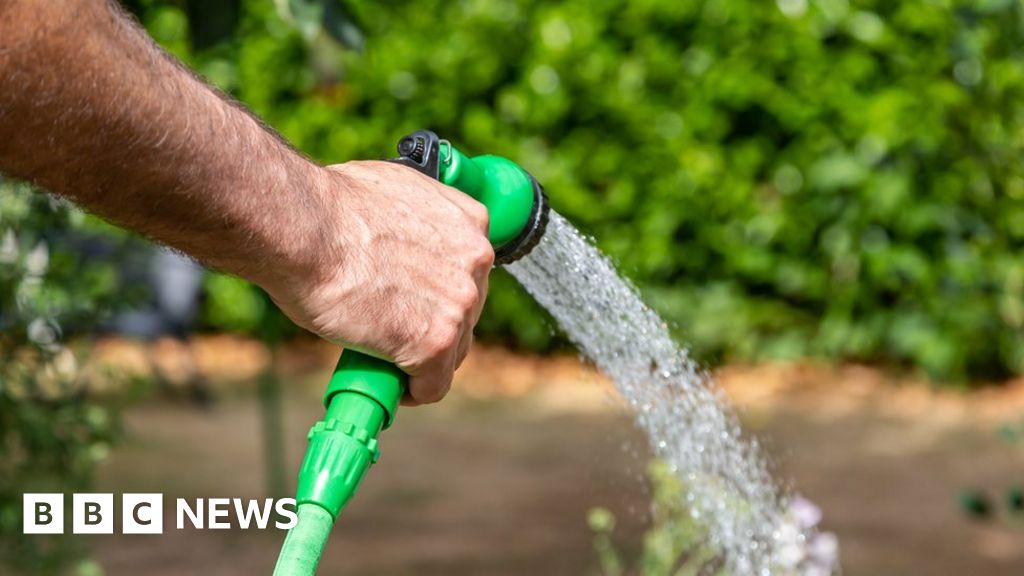 A hosepipe ban is set to come into force in parts of southern England.

The move will be imposed on Southern Water customers in Hampshire and the Isle of Wight from 17:00 BST.

This means that using hosepipes to water gardens, clean cars, fill ornamental ponds and swimming pools will not be allowed.

The restrictions are expected to last for three weeks. Similar measures are being introduced across Kent and Surrey after the driest July since 1935.

Anyone breaking the rules could face a fine of up to £1,000.

Southern Water said the decision to introduce the ban was a “vital step” to protect the habitats of the River Test and the River Itchen, where it extracts water.

Last month the company said river flows were about 25% lower than they should be for July.

Image caption, Alison Hoyle, director of risk and compliance at Southern Water, said the ban could be in place for three weeks

Alison Hoyle, the company’s director of risk and compliance, told the BBC she wanted to remind customers that there would be no restrictions on essential water use.

“We are hoping for substantial rain,” she said. “At the moment we’re saying we expect [the hosepipe ban] to be three weeks but we will need to monitor this closely depending on rainfall and river levels.”

Portsmouth Water is not introducing a hosepipe ban but it urged its customers not to waste water.

The firm said it was keeping its position “under review” and monitoring the situation “on a daily basis”.

Thames Water’s customers have also been asked to use water “wisely”.

The company said the next stage of its statutory drought plan would be to introduce a temporary use ban “which is likely to include hosepipes”.

Water is being transferred to Berkshire from north London to stop a hosepipe ban being introduced in the county, Thames Water previously said.

At an emergency meeting held last month, the National Drought Group moved England into “prolonged dry weather” status – the stage before a drought.

In Kent and Sussex about one million South East Water customers will face measures from 12 August.

Russia to introduce new budget rule of $60 per...

Flower man dances down the aisle

Your pictures on the theme of ‘view from a...

Emma Thompson wants to start a conversation about pleasure

Betty White remembered by US Army for WWII volunteer...

Jeff Bezos’ superyacht will cause historic Rotterdam bridge to...

Amazon Workers in the UK Walk Out in a...

On baseball’s opening day, what teams are worth watching...

Luis Giusti ousted from Citgo Petroleum’s board of directors...

A frontline in the fight over abortion

Friedland’s Ivanhoe Electric Seeks as Much as $180 Million...

Who Is C in ‘Westworld’? Aurora Perrineau Dishes on...

The strategy behind the economic sanctions against Russia

He wants to destroy Elon Musk. He could end...

Ukraine-Russia tensions: Russia pulls some troops back from border

Attacking the January 6th Committee – and the truth

Leisure travel roars back — at a cost to...

Top diplomats for U.S., Russia meet in Geneva on...

Psychological Strategies for the Long Haul of Climate Action...

California detective shoots and kills suspect who assaulted him...

No injuries reported after shooting at Mall of America