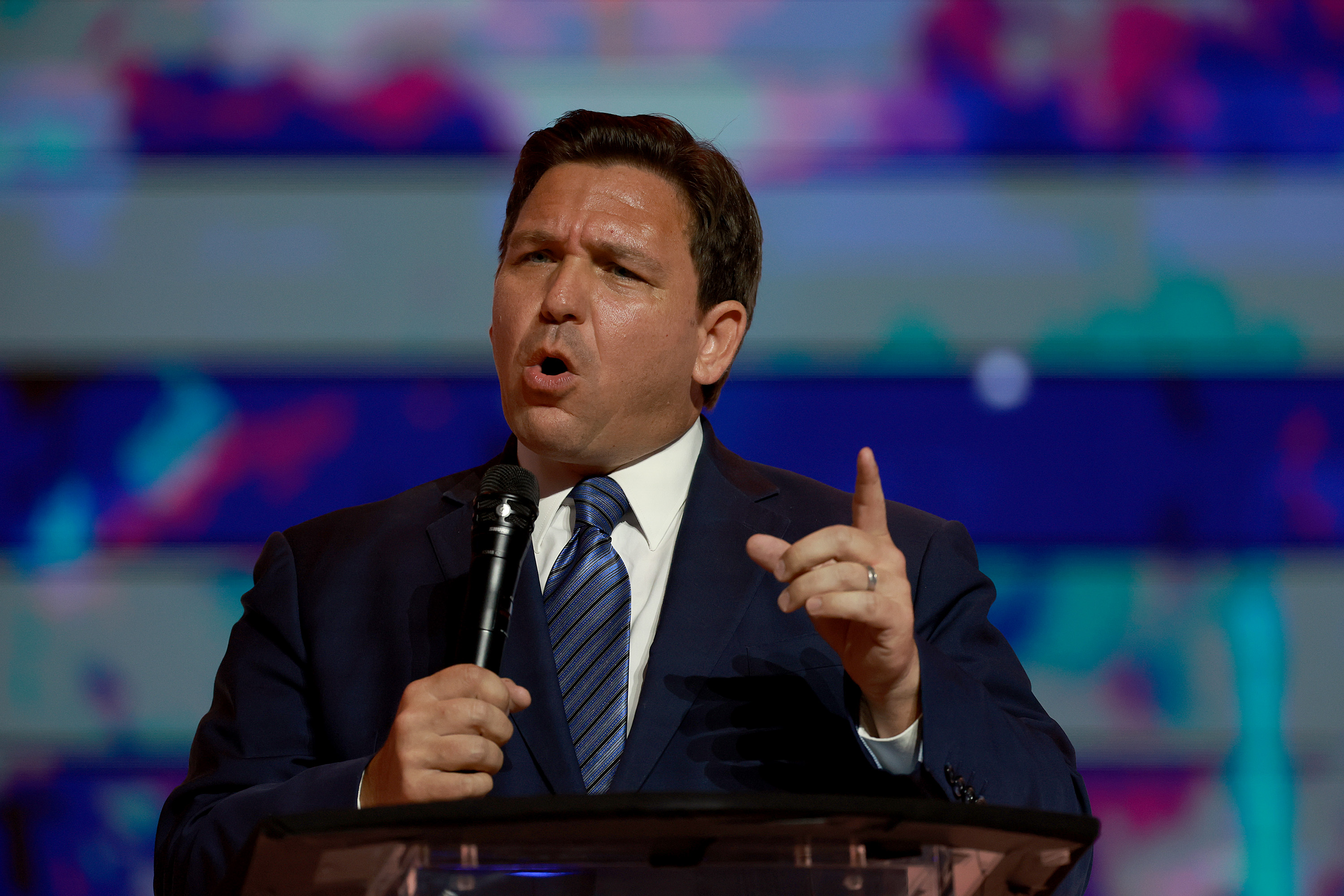 Governor Ron DeSantis of Florida has removed a local prosecutor over his public statements refusing to enforce laws restricting abortion or gender-affirming surgeries for children, while taking a lax approach to crime.

DeSantis announced on Thursday the extraordinary action against Andrew Warren, state attorney for Hillsborough County, for seeking “veto power over what the entire state decides on these important issues.” Warren responded by calling it a dangerous and “illegal overreach” to further the political ambitions of the governor, who is considered a potential 2024 Republican presidential candidate.

The move by DeSantis is one of the most aggressive taken by Republicans and other who have called for the removal of progressive prosecutors accused of selectively enforcing the law for political purposes.

Florida Governor Ron DeSantis ousted a progressive prosecutor who said he would not enforce laws on abortion and gender-affirming care for transgender youths. Above, DeSantis speaks during the Turning Point USA Student Action Summit held at the Tampa Convention Center on July 22, 2022, in Tampa, Florida.Joe Raedle//Getty Images

Speaking at a press conference in Tampa, DeSantis was joined by local law enforcement officials who aired their frustrations with Warren, who was first elected to the position in 2016.

“We govern ourselves based on a constitutional system, and based on the rule of law,” said DeSantis. “But yet, we’ve seen across this country over the last few years, individual prosecutors take it upon themselves to determine which laws they like and will enforce, and which laws they don’t like and then don’t enforce.”

DeSantis referenced how voters in San Francisco recalled Chesa Boudin earlier this summer after he drew national criticism for what opponents called his lax approach to prosecution. Calling it “devastating to the rule of law,” DeSantis said his office began looking for any similar prosecutors in Florida.

The response from law enforcement and line prosecutors to the governor’s inquiry was “a lot of frustration” with Warren “for criminals being let go and crimes not being prosecuted,” said DeSantis.

Warren said in a tweet that his removal “spits in the face of the voters of Hillsborough County who have twice elected me to serve *them*, not Ron DeSantis.”

Todays political stunt is an illegal overreach that continues a dangerous pattern by Ron DeSantis of using his office to further his own political ambition. It spits in the face of the voters of Hillsborough County who have twice elected me to serve *them*, not Ron DeSantis… pic.twitter.com/RzPXksSSWa

DeSantis signed a bill in April that prohibits abortion after 15 weeks. In June, the Supreme Court struck down national abortion protections, allowing laws such as Florida’s to go into effect.

DeSantis pointed to a statement Warren signed in July, along with dozens of other prosecutors, that said enforcing newly legal abortion restrictions would take resources away from the already overburdened criminal legal system.

The governor also brought up a statement Warren signed onto last year with other prosecutors refusing to enforce state laws restricting the rights of transgender people, particularly legislation that would block gender-affirming care for transgender kids.

While Florida has no current laws enacted that would restrict the care of transgender kids, DeSantis said states with such legislation are penalizing those that are “really disfiguring these young kids.”

“In our community, crime is low, our Constitutional rights—including the right to privacy—are being upheld & the people have the right to elect their own leaders—not have them dictated by an aspiring presidential candidate who has shown time & again he feels accountable to no one,” Warren said in a tweet.

“Just because the governor violates your rights, it doesn’t mean they don’t exist,” he added.

Ukraine’s Children Endure Levels of Suffering ‘Not Seen Since’...

Emma Raducanu on US Open win, grass-court season and...

Celebrity birthdays for the week of June 12-18

What to know about getting a refund for a...

Germany should cut gas use in preparation for Russian...

Russian Skater’s Olympics Dream Could End at Start of...

Laura Ingraham: We had peace and prosperity and we...

Philips looks to take on Sonos with its new...

Starbucks to require all U.S. workers get COVID-19 vaccine...

Burnley v Watford: Home side requests postponement because of...

Shackleton’s Endurance: The impossible search for the greatest shipwreck

US proposes to increase refund protections for air travelers

How the Brazilian Butt Lift Became One of the...

Hackney schoolgirl strip-searched by Met Police was taken out...

Ives goes in for Bailey as Trump factor looms

Miami Gets Its Own ‘Charging Bull’ Statue for Crypto...

NATO to boost troop deployments in Eastern Europe after...

Putin says ‘life goes on’ in spite of ‘difficult’...

Georgia ‘body’ discovery in forest turns out to be...

Biden’s inflation crunch: Too much shopping — even at...

Underwater Permafrost Is a Big, Gassy Wild Card for...

Police say multiple people have been shot at a...

Birmingham 2022: Esports to be included as pilot event...

Gov. DeSantis Sides With “Big Strawberry” & How To Hold On To...

4 people in critical condition after apparent lightning strike across the street...