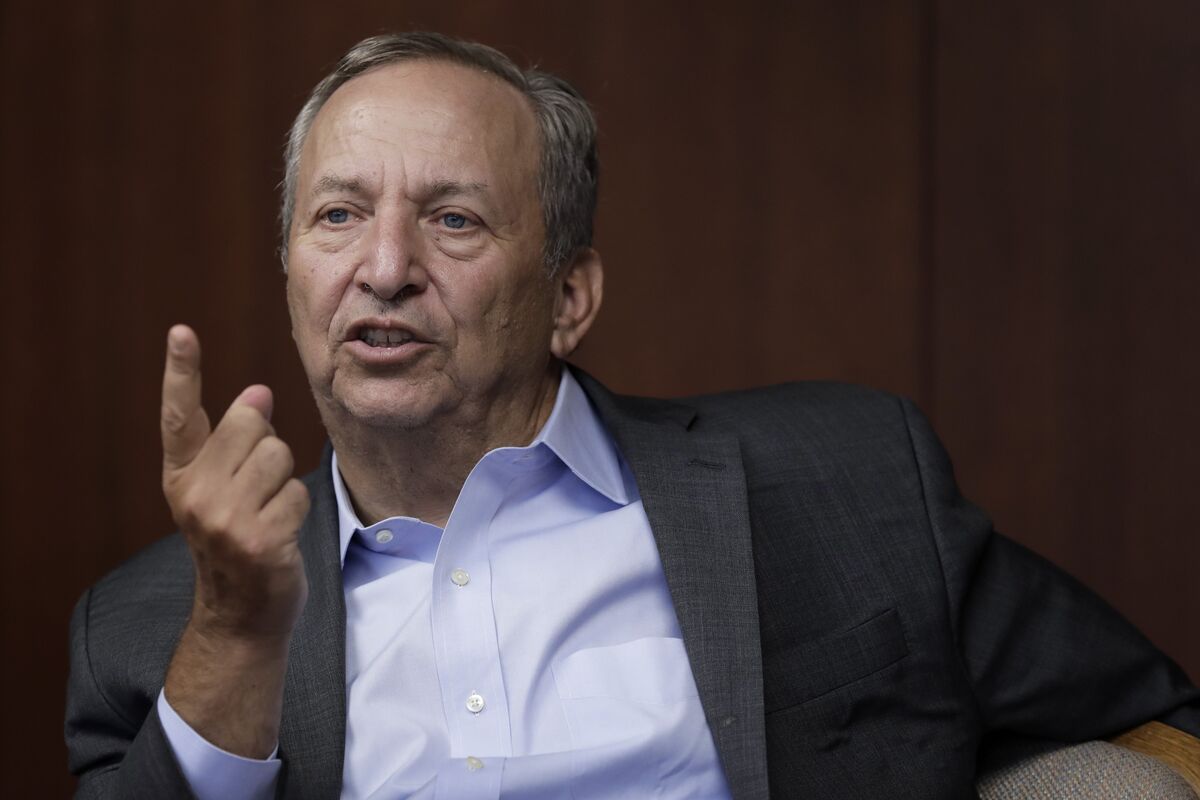 Former Treasury Secretary Lawrence Summers said hes concerned that a slowing in headline inflation in upcoming data will prompt the Federal Reserve to conclude its policies are working, when much more action is in fact needed.

Im worried were going to see some good news on non-core inflation, Summers said on Bloomberg Televisions Wall Street Week with David Westin, ahead of consumer price data due Wednesday that are set to show a retreat in inflation, thanks especially to a slide in gasoline costs. Combined with some signs of economic slowing, the danger is that thats going to lead the Fed to think that things are under control.

The US economy, however, remains in an overheated state, as showcased by the July employment and wage figures released Friday, Summers said. A red hot labor market will mean constant or even accelerating inflation, he said.

Payrolls jumped by 528,000 in July, a broad advance that beat all estimates and was the largest in five months, Labor Department data showed Friday.

Everything in this number says to me overheating, not yet under control, not yet on a path to being under control, said Summers, a Harvard University professor and paid contributor to Bloomberg TV. My concern was actually magnified, he said.

Summers highlighted that his sometime intellectual sparring partner on economics, the Nobel laureate Paul Krugman, also cautioned that its not time for the Fed to alter course. Fed policy makers have raised rates by 75 basis points in each of the past two meetings, in the most aggressive tightening since the 1980s.

wrote earlier in the New York Times that the good news were about to get about short-term inflation isnt evidence that the strategy has already worked, and alas (Im usually a monetary dove), it offers no justification for a pivot toward easier money.

Summers said the danger is were going to have a situation like we did in the 1970s, where we perpetuated inflation by not doing enough to contain it.

Stripping out food and commodities such as energy, we have by every reasonable measure of core inflation running somewhere plus-or-minus 5%, Summers said. That is more than when Richard Nixon put price controls in place. That is not acceptable by any dimension.

The former Treasury chief reiterated his criticism of Fed Chair Jerome Powells assessment last month that, with the latest interest-rate hike, the central bank had already reached a neutral setting — where its neither stoking nor restraining consumer prices.

I dont think the Fed has the thread right now, Summers said. Without significantly boosting real interest rates — which are adjusted for some gauge of inflation — then were just setting the stage for stagflation, he said. ‘I’m A Flight Attendant, These Are The Secret Areas...

Americans get another $100 million in federal aid for...

Platinum Jubilee: When’s the bank holiday to mark the...

France’s Macron pledges to step up fight against climate...

Maryland voters to head to the polls for primary...

‘Like losing my brother all over again’: Colorado crash...

Feast your eyes on the first complete PS Plus...

Nick Cannon Presents: Wild ‘N Out To Partner With...

CEQA vs. the YIMBYs

Huawei: 5G is rapidly gathering steam, but we need...

The chefs using TikTok to reinvent their careers

Nvidia Computex 2022: everything you need to know

Last-minute stock rally makes for merry start to May

Tunisia vote marks a death of a dream for...

Video: What could be next for Alex Jones? One lawyer's take -...