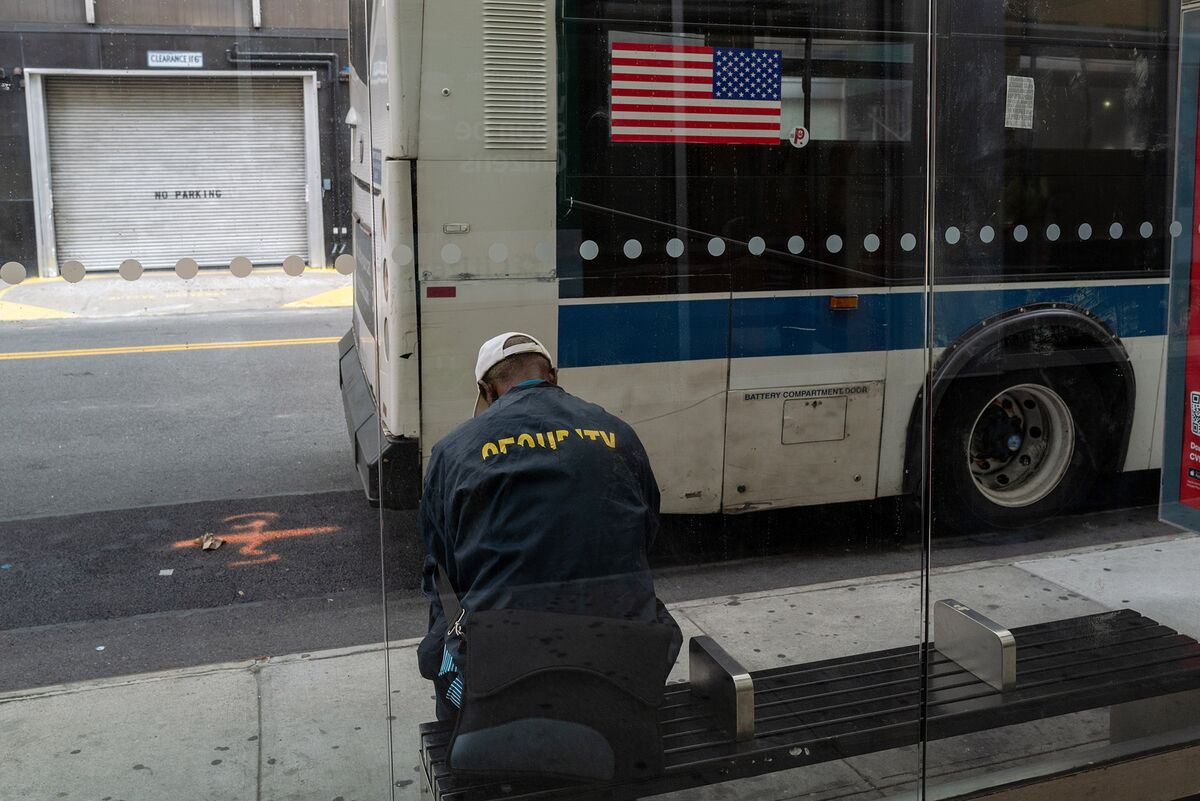 JPMorgan Chase & Co.s trading model may point to the chances of a US recession falling fast, but other

market indicators are quite a bit more pessimistic.

From bonds to commodities to money supply, theres a slew of alarm bells going off that suggest a hard economic landing lies ahead.

The most likely outcome is that there has to be a recession to tame inflation, in the US and elsewhere, said Stephen Miller, an investment consultant at GSFM, a unit of Canadas CI Financial Corp. Central banks clung to the transitory narrative for far too long and almost guaranteed themselves second- or third-best outcomes. The Fed and its peers are going to have to raise rates a lot more than markets are anticipating.

Heres a look at some popular gauges that suggest a steep economic slowdown is on the cards:

Perhaps the key market metric that brought growth fears to the fore is the surge in two-year Treasury yields relative to their 10-year equivalents. That widely watched section of the yield curve is now the most steeply inverted since 2000 — one of a number of times the gauge served as a harbinger of recession.

Then theres the stunning slowdown in money supply growth, especially when adjusted for inflation. While there are some concerns that this has been distorted by coronavirus stimulus measures, at the very least it offers some sobering food for thought.

Ordinarily, minus 3 percent M2 growth would absolutely signal a recession, and a steep one at that. But put that data point into context and its message is far from clear, said Nicholas Colas, co-founder of DataTrek Research. The counter argument is that M2 growth was extraordinarily high in 2020/early 2021 because of fiscal and monetary policy aimed at combating the economic fallout from the pandemic.

Commodity prices have noticeably cooled, helping the recession narrative take hold. Oil is heading for the biggest weekly decline since early April. The tumble in crude to wipe out just about all of its gains since Russia invaded Ukraine underscores concerns that further Fed hikes risk doing sustained economic damage.

Back-to-back contractions in gross domestic product mean the US is already in a technical recession and a third would surely put an end to economists arguing its just a data hiccup. For the current period, economists are more upbeat — the median expectation is for growth of 1.7%, but theres still some among their ranks anticipating another contraction.

Meet the Doomsayers: Five Who Say US Economy Will Keep Shrinking

US GDP Forecasts for 3rd Quarter

Eurodollar traders are busy pricing in a series of rate cuts, deeming a slowing economy wont cope with a Fed that plans to add another 150 basis points of rate increases by year end. At the moment markets see an abrupt pivot with almost three cuts expected next year.

Bloomberg Economics is among those that are

some way off from calling a contraction imminent, but its indicator still shows the odds have climbed to 40%. Chief US Economist Anna Wong says a low chance of recession in the next 12 months doesnt rule out the possibility of a substantial slowdown in growth.

With assistance by Alexandre Tanzi

Diverse Voices Unify As ‘One Disney’ at NABJ-NAHJ Convention

Adrien Rabiot: Controversial midfielder ‘could be perfect’ for Man Utd Diverse Voices Unify As ‘One Disney’ at NABJ-NAHJ Convention Adrien Rabiot: Controversial midfielder ‘could be perfect’ for Man Utd

What Does the Other Woman Know? The Disappearance of...

Meta (FB) Is Building a Digital Voice Assistant for...

Pokémon Down Under? This epic Aussie fan project convinced...

California hospital has 700 employees in isolation because of...

Rangers fight back to beat Hibs and retain two-point...

Why fire crews use different tactics to stop flames...

Covid in Wales: Staffing and surgery backlog the post-pandemic...

Woman Blasted After Not Inviting ‘Drug Addict’ Brother-In-Law to...

NBA’s Warriors part-owner creates stir with remarks about the...

6 breweries in the American Midwest that offer great...

Christians, Too, Are Divided Over January 6 | Opinion