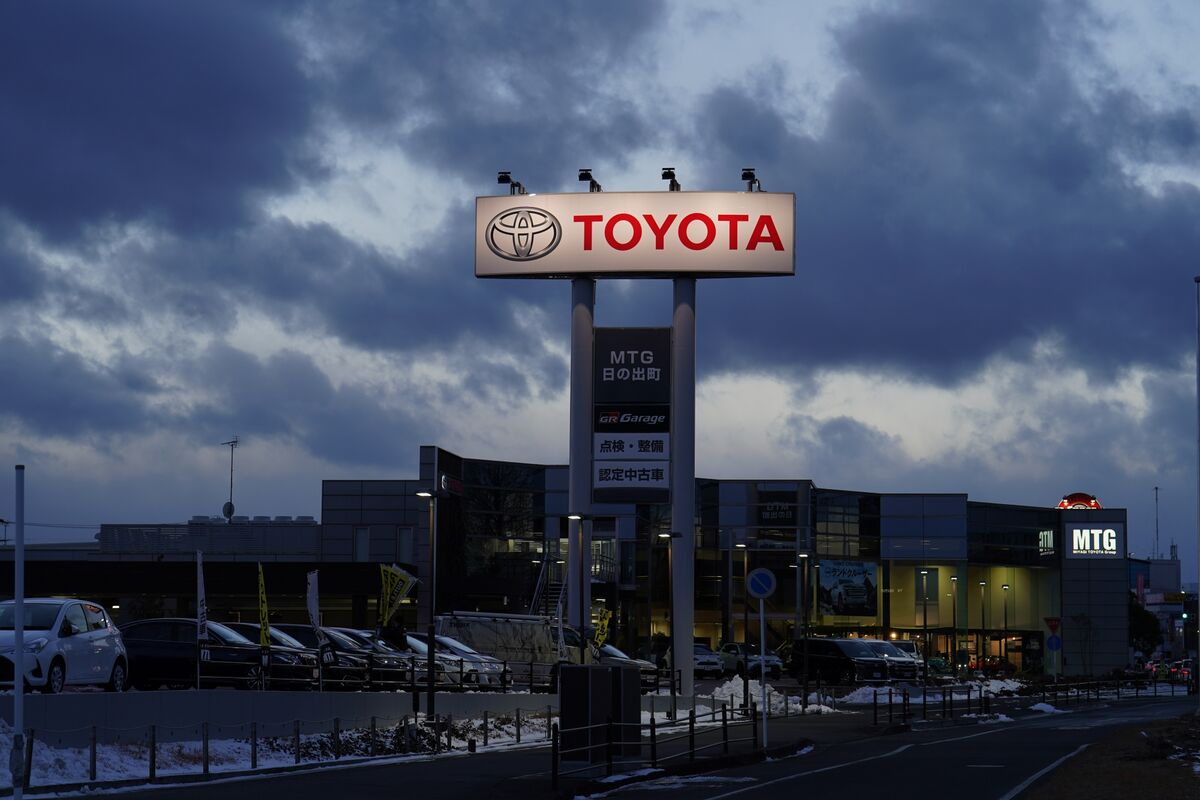 The worlds biggest car company had a rough quarter, and its supply-chain problems arent going away any time soon. Thats a warning for other large manufacturers and their stakeholders.

Toyota Motor Corp.s profits fell 18% for the quarter ended June. Much of the hit came from raw material prices that knocked operating income down by 315 billion yen ($2.35 billion) and lowered sales because of constrained supplies. The Japanese company was also affected by unexpected events, like the Shanghai lockdown and floods in South Africa, which crimped production. Ultimately, operating income decreased by about $3.1 billion   down 42%. Japan and North America were particularly bad. With all the disappointment, the stock

All of this sounds like run-of-the-mill manufacturer issues these days given global supply chain hiccups and high fuel prices. However, because its coming from Toyota, its worth paying attention: The gargantuan and conservative automaker has a tightly knit network of suppliers coupled with an inventory-management system that has, so far, served it well. Its global production operations are some of the most nimble and finely tuned. If it cant keep with the deepening challenges of manufacturing, its unlikely otherscan, either.

Through the months of supply chain snarls and shortages, Toyota bucked the trend it really didnt have any problems. The car company had tweaked its renowned Just-In-Time manufacturing strategy that focused on hyper-efficiency, holding more stockpiles and easing any strains. It worked through its database of supply chain information for almost 7,000 parts, allowing Toyota to maintain a tight grip on suppliers and see what was happening across all tiers. The company also worked to further strengthen its distribution systems, working relationships and networks to gauge demand for cars.

Despite all the chaos and confusing economic indicators, Toyota was able to see as far out as possible on supply and demand. That stands in contrast to what most of its auto peers did they were leveraging the shortages to boost margins and taking unavailable parts out of vehicles altogether. More importantly, they werent (and many still arent) planning for the future. That means what Toyota says now is a harbinger of more manufacturing and supply issues to come.

Announcing results for the latest quarter on Thursday, Toyota said its suppliers were having a tough time with raw material prices and parts, forcing it to amend its own plans at the last minute. That led to a decrease in its operating income. To beef up its supply chain and deal with the current severe business environment and other sustained challenges, the firm plans to help its suppliers on issues like purchase price agreements. The carmaker has also adjusted its production plans, giving smaller manufacturers more time to procure parts and labor.

This isnt just a case of the worlds biggest car company being nice; suppliers under stress risk cracks in Toyotas production line that will be hard to fix. Its not easy to find a replacement for one missing component, or one defaulting manufacturer, and every problem results in a lag.

In addition, the firm noted the shortages (like that of semiconductors that will continue to be unpredictable) were going to hit electric-vehicle manufacturing and cause delays. While Toyota has been a reluctant player when it comes to EVs, its production difficulties are an indication that auto firms boasting millions of forthcoming units arent going to make it. Toyota maintained its already conservative outlook for the year. Investors should expect to be let down, and see forecasts altered  we havent reached the end of supply-chain issues yet.

If manufacturers are trying to read the tea leaves, these are the signs they should focus on. Some shortages have no doubt been alleviated, other major ones persist. As inflation continues to bite, manufacturers need to heed Toyotas warnings. If production is curtailed because costs continue to rise companies will find themselves caught in a vicious, self-perpetuating cycle of low supply, high demand and prohibitive prices.

Instead of hoping demand is here to stay, its probably wise to start preparing. Biden: War ‘will not end with a Russian defeat...

Causes of death released for family likely killed by...

McConnell says COVID spending package could shrink to $10B

The California congressman who could be POTUS

Tamil Nadu: The Indian man who makes art from...

Four charged federally in killing of LAPD officer who...

‘The Gray Man’ Cast: Every Star in the Netflix...

Read full transcripts of “Face the Nation” from 2022

Murkowski calls on Biden not to pick ‘furthest left’...

Inbox a mess? Here’s the surefire way to keep...

Call of Duty: Modern Warfare 2 has been revealed...

Judge to dismiss challenge to Arkansas legislative maps unless...

Johnson: UK will act on Northern Ireland rules if...

Drivers change habits and airlines may raise prices and...

Strom Arwen: The rescuers who battled through the night

There could be a gold Samsung Galaxy Z Flip...

Who is Bongbong Marcos Jr., the next Philippine President?

Federal inmates to be released under ‘time credits’ program