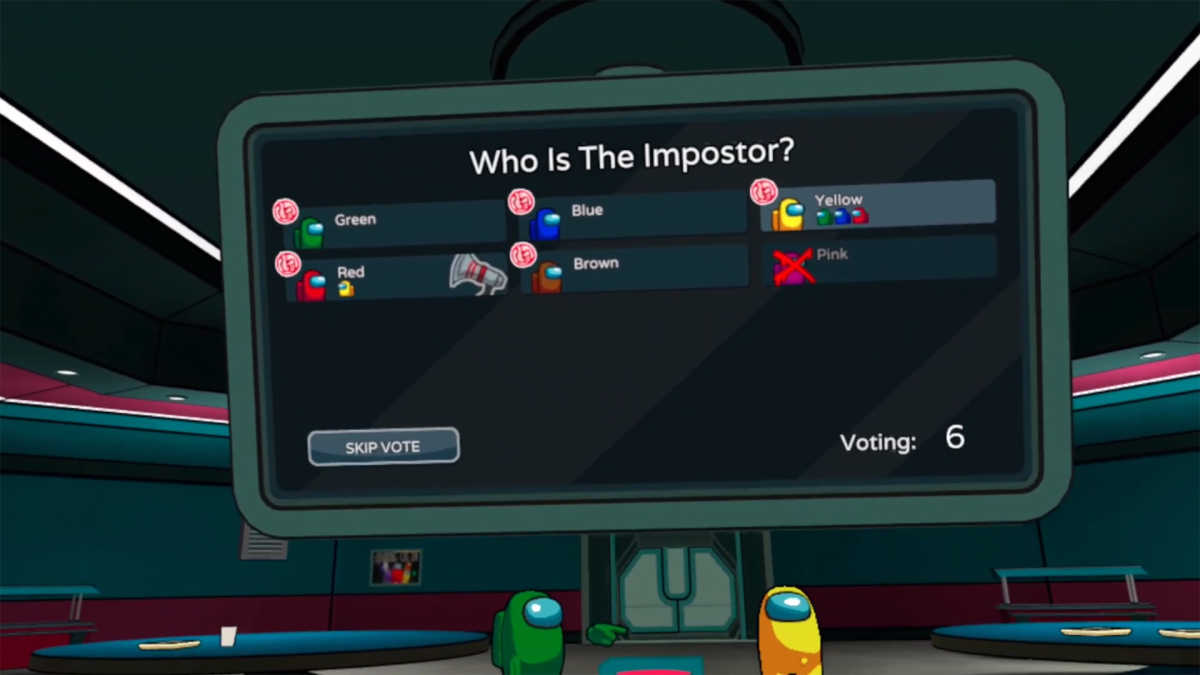 is about to enter the realm of virtual reality. If you’re lucky, you might even be able to try Among Us VR

. Signups are now open for the spin-off’s beta.

As you might expect, Among Us VR shifts the action from a top-down perspective to a first-person view. That ups the ante a bit, since you may not be able to tell if a potential impostor is just behind you. There’s also proximity voice chat and the option to accuse other players of being an imposter with literal finger pointing.

Schell Games, which is behind puzzle game series I Expect You To Die, worked with

original Among Us developer Innersloth on the virtual reality version. Among Us VR will be available on Meta Quest 2, Steam VR, PlayStation VR and, when it’s available, PSVR 2 Russell Westbrook’s next move: What NBA execs and scouts...

Charles will not cool on climate action, say friends

Young women are angry about abortion rights, but will...

Derry drownings: Book of condolence for Reuven Simon and...

Google Meet may have just fixed a majorly embarrassing...

Reviver is building a company one number plate at...

Twitter just made a big change to our timelines,...

How does Canada end the truckers’ mess?

Another former Browns coach gets a head coaching job,...

Why USC will be rooting hard for Notre Dame...

‘Ride Or Dies’ Will Be Tested On The Next...

Megachurch volunteer charged with murder of her own daughter

Forget standing desks: Bed desks are the way to...

Opinion | With Roe Gone, the War Over Abortion...

Man Bashed for Yelling at Girlfriend for Baking Food...

Double whammy: Both farmers and consumers hit by high...

Celebrity birthdays for the week of Sept. 18-24