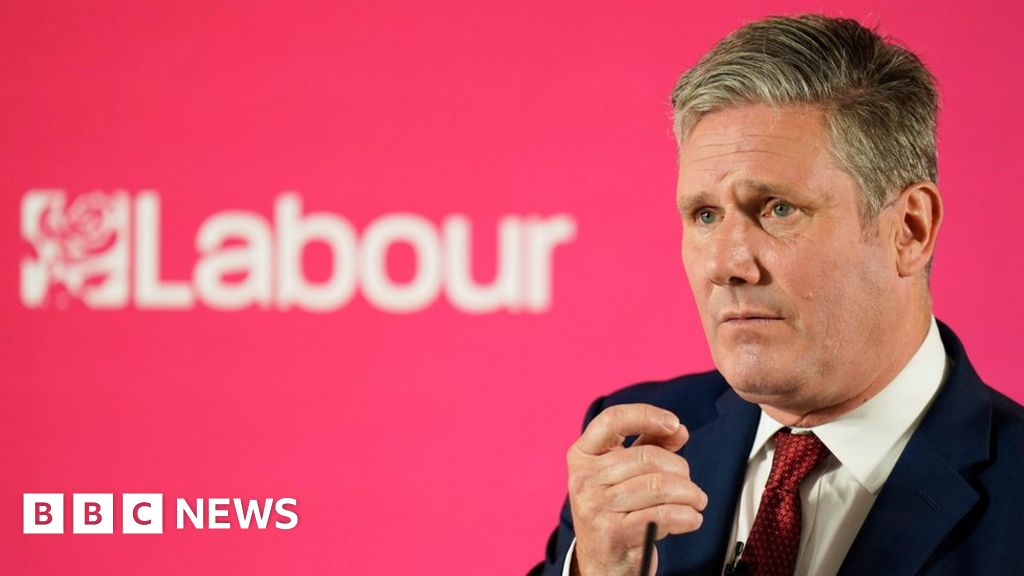 Sir Keir Starmer has been found to have breached the MPs’ code of conduct by failing to register eight interests on time, including gifts from football teams and the sale of a plot of land.

The standards commissioner launched an investigation in June after complaints the Labour leader had been late to register income and hospitality.

Kathryn Stone said the breaches were “minor and/or inadvertent”.

A Labour spokesperson said Sir Keir had apologised for the errors.

The commissioner initially began to investigate after complaints Sir Keir had failed to register three instances of income and hospitality and then found four further instances of late entries.

When writing to Ms Stone to “offer explanation, apology and reassurances that measures had been put in place to prevent any reoccurrence”, Sir Keir also raised another instance of the sale of a plot of land that exceeded the £100,000 threshold for registration to the House authorities.

She said that although he said “he was waiting for the sale to complete so he could register the correct value”, she decided to include it in her report.

Under the House of Commons’ Code of Conduct for Members of Parliament MPs are required to register interests within 28 days.

Gifts and payments received by MPs are regularly published fortnightly in the Register of Members’ Financial Interests.

Ms Stone said the eight breaches “were minor and/or inadvertent”, and “there was no attempt to mislead”.

But she has asked Sir Keir to meet the registrar of members’ financial interests to discuss his obligations within Parliamentary rules – which he will do on on 25 August.

In a letter to Ms Stone, the Labour leader wrote that the late declarations were the “result of an administrative error within my office” and said he took full responsibility and apologised.

A Labour Party spokesperson said: “Keir Starmer takes his responsibilities to the Register very seriously and has apologised to the Commissioner for this inadvertent error.

“He has assured the Commissioner that his office processes have been reviewed to ensure this doesn’t happen again.”

Speaking at the time the investigation was launched Sir Keir had said he was “absolutely confident” he had not broken the MPs’ code of conduct.

Among the interests declared late by Sir Keir was an £18,450 advance from publisher HarperCollins in April for a book he is writing.

He has pledged to donate the sum, which was declared a day late, to charitable causes while royalties for two legal books were also delayed in being registered.

Sir Keir also received a directors’ box for two people at Crystal Palace worth £720, when they beat his club Arsenal 3-0 on 4 April, but this was not registered until 5 May.

And he received four tickets for Watford vs Arsenal, worth a total of £1,416, for their 6 March match – which were registered on 6 May.

Just Eat gave tickets to staff for the Taste of London festival and the British Kebab awards in October, but these were not declared until 23 December.

Outgoing Prime Minister Boris Johnson was found by the standards commissioner to have breached the rules on late declarations in 2018 and 2019.

The first occasion involved earnings of more than £50,000 and the second involved part-ownership of a property in Somerset. Germany: G-7 nations can lead the way on ending...

Motorola Edge 30 Pro lands in the UAE with...

After writer’s murder in the Amazon, can his vision...

Former top Pence aide says he ‘did not see...

Courtney Lawes: Northampton and England lock open-minded on where...

Logitech thinks it may finally have cracked the vertical...

Italians ask if immigrant’s slaying could have been stopped

England: Sarina Wiegman calls on Lionesses to ‘make everyone...

Western officials warn of a potentially long war in...

The left wants to use education to ‘disrupt’ and...

Worker Goes Viral With ‘Under Desk Treadmill’ Racking Up...

The New MacBook Air Fits Some Upgrades in a...

Windows 11 update brings back ripping CDs so you...

Hungary Puts Spanner in Works of Ban on Russian...

‘What are we supposed to feed our babies?’

Spotify has bought more podcasting platforms – but is...

US Courts Are Coming After Crypto Exchanges That Skirt...

What to know about Juneteenth now that it’s a...