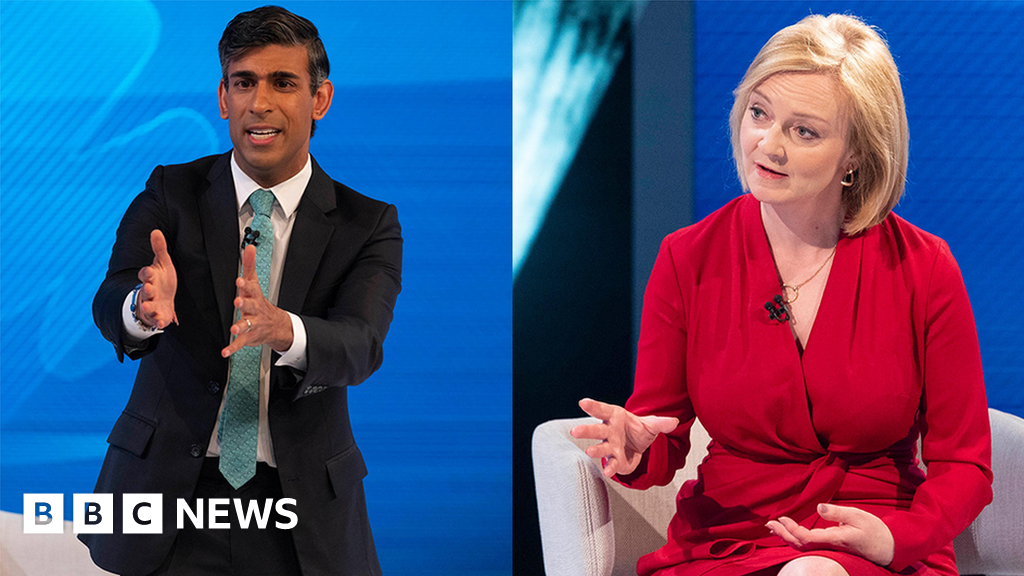 Interest rates up, already spiralling prices set to rise yet further and the prospect of a lengthy recession.

While the governor of the Bank of England gave a sombre press conference, the candidates to be the next prime minister were preparing for their next turn in a TV studio.

The pair have taken part in a series of televised debates and hustings events, offering themselves up for scrutiny in front of the public and the Tory party members who’ll pick between them.

In the latest – hosted by Sky News – their approach to the economy was once again the defining point of difference.

The two candidates – once again – took the chance to have a pop at each other’s economic plans.

It is territory the two have clashed over before, but while the wannabe PMs keep exchanging blows on the finer points of fiscal policy, there will be many worried families and businesses simply wondering whether the help on offer will be anywhere near enough – or what more may come.

It is true that some of the measures announced earlier this year to help people with rising bills have yet to kick in and the business minister has insisted the government is working “flat out” to tackle the cost of living.

But in reality all the while this leadership contest plays out, there is a limit to what more the existing government can – or will – do.

It has said it won’t make any major economic announcements until a new prime minister is in place.

This week Boris Johnson is on holiday while the current Chancellor, Nadhim Zahawi, is away for a few days with his family, although he is said to be working remotely and taking calls.

But ultimately it will fall to the next prime minister to grapple with the scale of the challenge the country faces.

But they are likely to come under significant pressure to do more.

In just a matter of weeks whoever gets the keys to Number 10 will have to turn the big ideas and promises made while touring the TV studios into practical policies to help struggling families and businesses – and they’ll have to do it pretty quickly if they want to stay there for long. NATO chief: ‘Every indication’ points to Russia planning for...

What it was like to grow up in Appalachia...

Adele criticized over Brits award speech after saying she...

EXPLAINER: Why are foes Turkey and Saudi Arabia fixing...

Eric Garcetti’s parents register to lobby for their son’s...

Qianlong dynasty vase found in kitchen could be worth...

Ukraine to ban music by some Russians in media...

War in Ukraine is driving up wheat prices

Musk aims to ease concerns in address to Twitter...

Tom Brady gets ‘honest’ with his followers about the...

Dr. Oz says his celebrity ‘a huge advantage’ as...