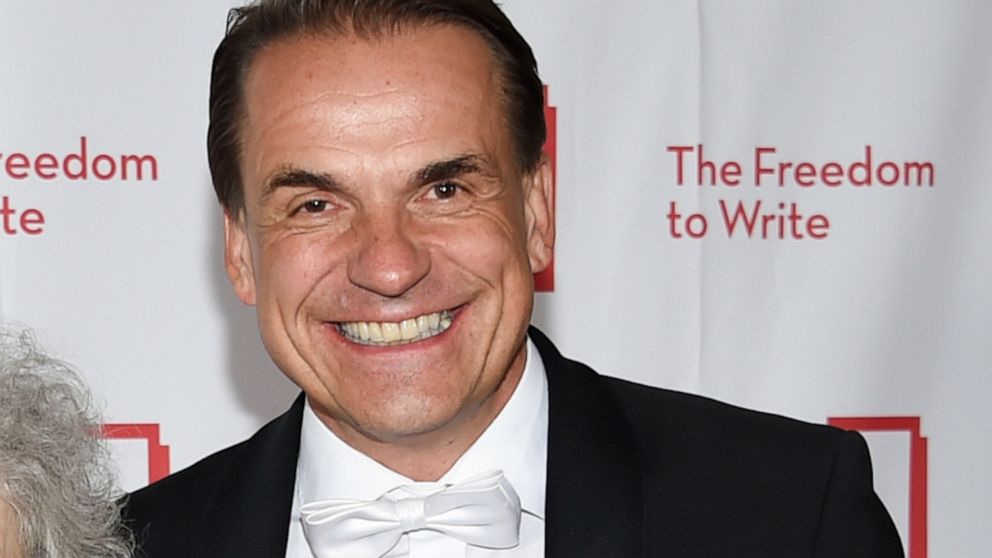 WASHINGTON — The head of publishing titan Penguin Random House on Thursday defended his companys deal to acquire rival Simon & Schuster against the governments claim it would thwart competition. But he acknowledged that the merger would buttress his companys position as the biggest U.S. publisher by expanding its market share.

Under questioning at a federal antitrust trial, CEO Markus Dohle also admitted that while he has promised to allow the two merged companies to continue to bid against each other for deals with authors, Penguin Random Houses German parent firm Bertelsmann has no legal obligation to honor that commitment.

Commenting on what has been a core government argument, Dohle allowed that smaller advance payments to authors can lead to fewer books being published. Advances, which reach into the millions for such top-selling authors as Stephen King and James Patterson, are guaranteed payments to writers that can affect a book’s profitability. Books that sell well are more likely to have received bigger advances, Dohle acknowledged.

Speaking of Simon & Schusters position in bidding after a merger, Dohle said, We want to keep them as external and independent as possible. Dohle has assured agents that he would permit competitive bidding between Simon & Schuster and Penguin Random House imprints even if no other publisher was in contention, an expansion upon the current PRH policy of allowing bidding between imprints as long as outside competitors were still in the running. Dohle not only acknowledged his promise was not legally binding, but should he ever leave Bertelsmann his successor would not be obligated to continue competitive bidding between the imprints.

The U.S. Justice Department has sued to block the proposed $2.2 billion merger of Penguin Random House with Simon & Schuster, the fourth-largest U.S. publisher, which would reduce the so-called Big Five” U.S. publishers to four. The other three are HarperCollins Publishers, Hachette Book Group and Macmillan.

The government contends that allowing Bertelsmann to buy Simon & Schuster from U.S. media and entertainment company Paramount Global would thwart competition and give Penguin Random House outsize influence over what books are published in the U.S. and how much authors are paid, giving consumers fewer books to choose from. The new company, if approved, would be by far the biggest book publishing entity in U.S. history.

The publishers counter that the merger would strengthen competition among publishers to find and sell the hottest books by enabling the combined company to offer bigger advances and marketing support to authors. It would benefit readers, booksellers and authors, they say.

The publishers promise of continued competitive bidding by the two companies after a merger was greeted with skepticism by an unusual witness at the trial Tuesday King, who testified for the government even though he is published by Simon & Schuster.

You might as well say youre going to have a husband and wife bidding against each other for the same house, he quipped. It would be sort of very gentlemanly and sort of, After you and After you, he said, gesturing with a polite sweep of the arm.

Prompted by questions from defense attorney Daniel Petrocelli representing Bertelsmann and Penguin Random House, Dohle became animated and gave an impassioned tribute to the creativity of the publishing industry, which he portrayed as a fiercely competitive marketplace.

The biggest threat to the publishing industry comes not from consolidation but from the explosion in recent years of subscription-based or cheap content, such as e-books, Dohle said, calling it all-access. He cited especially Amazon, which has some 50 million book titles available, and Disney.

I think its the biggest threat to the industry, and especially author income, he said. It will have a tectonic influence on the revenue pool of the industry.

The effect on authors compensation can reduce the diversity of stories that are published, and physical booksellers also are imperiled.

Dohle likened Penguin Random House to Silicon Valley angel investors: We invest every year in thousands of ideas and dreams, and only a few of them make it to the top. … Each book is unique, and theres a lot of risk.

Reflecting the waves of consolidation in the publishing industry, Penguin Random House itself is the product of a merger in 2013 between the nearly 100-year-old Random House and Penguin. That combination was approved by the Justice Department during the adminstration of President Barack Obama, under whom President Joe Biden served as vice president. The Penguin Random House trial is widely seen as part of a growing DOJ trend during the Biden administration of taking a tougher stand on mergers.

Could TikTok Charge Users to View Your Videos? The...

Championship: Northamptonshire rally as threat of follow-on against Kent...

Gordon Brown: ‘You cannot allow children and pensioners to...

No, Trump would not have stopped Russia’s invasion of...

Putin says Russia fighting for motherland in Ukraine in...

Opinion | Why You Can Count On a Biden...

Cristiano Ronaldo: Is Man Utd forward the problem or...

Rishi Sunak and Liz Truss: Your guide to the...

‘Westworld’ again juggles its pieces but can’t escape its...

Sen. Thom Tillis (R-NC) On The Push To Sanction...