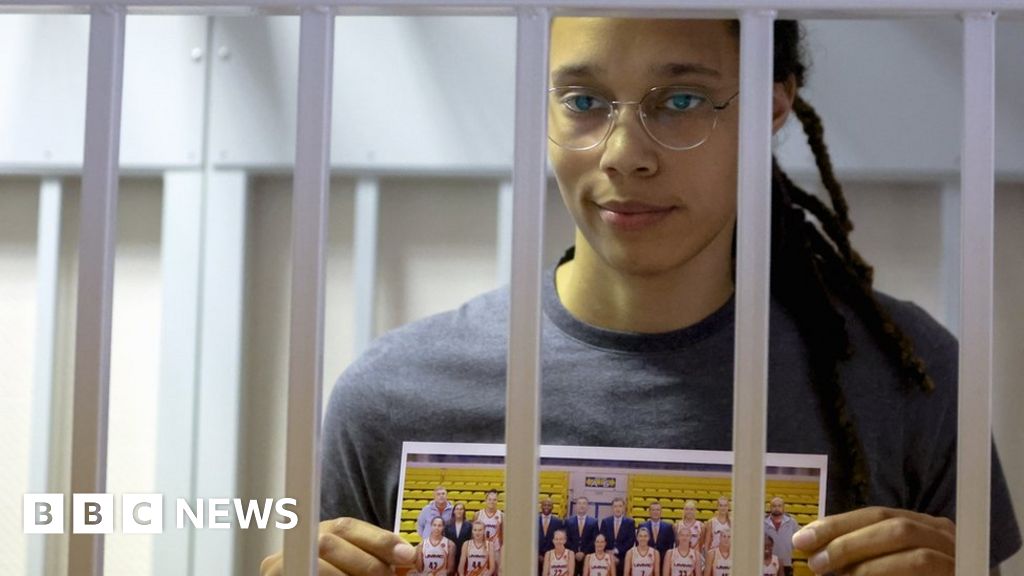 Russian prosecutors have asked a court to sentence the US basketball star Brittney Griner to almost 10 years in prison on drugs charges.

The Olympic gold medallist was detained in February at an airport near Moscow when cannabis oil vape cartridges were allegedly found in her luggage.

Cannabis is illegal in Russia for both medicinal and recreational use.

A verdict is expected later on Thursday.

“I made an honest mistake, and I hope in your ruling it does not end my life,” Ms Griner told the court shortly after both sides presented closing arguments.

“I did not conspire or plan to commit this crime,” she added.

The trial has reached the top levels of US-Russia diplomacy, with reports suggesting a conviction in the case could pave the way for a dramatic prisoner swap involving the Russian arms trafficker Viktor Bout.

Russian courts rarely acquit defendants, and analysts say a conviction is highly likely. The length of sentence is thought to be less certain.

“I ask the court to find Griner guilty and sentence her to nine years and six months in prison,” prosecutor Nikolay Vlasenko said.

He also requested that the basketball star, who had played in Russia, be fined one million roubles (£13,700; $16,500), according to the AFP news agency.

In their closing argument, Ms Griner’s lawyers called for a more lenient punishment and referenced her high profile in the sporting world.

“In sprinting there is Usain Bolt, in Formula 1 – Michael Schumacher, and in women’s basketball there is Brittney Griner,” her lawyer Maria Blagovolina, said.

Ms Blagovolina also argued that Ms Griner packed the cartridges by mistake and only used cannabis for medical purposes while in the US state of Arizona.

At an earlier court hearing, Ms Griner said officials had made her sign documents but “no-one explained any of it to me”.

She also said she had received neither an explanation of her rights nor access to a lawyer in the initial hours of her detention, and that she had to use a translation app on her phone to communicate.

“I still don’t understand to this day how [the vape cartridges] ended up in my bags,” Ms Griner said.

“With them being accidentally in my bags, I take responsibility, but I did not intend to smuggle or plan to smuggle anything into Russia.” Xbox Game Pass is losing one of the best...

U.S. Congress’s hearings on Capitol riot could come by...

Pulse, the maker of an automatic Slack status updater,...

Turkish state media: Talks to be held on Finland’s...

Why you shouldn’t trust the Gotham Knights release date...

AOC tests positive for COVID-19 after partying in Miami...

How To Move Past Our Narcissistic Culture

Apple’s second-generation AirPods fall to a new low of...

Disney Cast Paint in EPCOT, Watch and Paint Along

Salman Rushdie: Did a ‘chance’ airport meeting lead to...

AmEx profits up 3%, but still sets cash aside...

The State Of Netflix Debt (Radio)

MP warns central London being ‘hollowed out’ by short-term...

Who is the best non-QB in NFL history?

AMD Ryzen 7000 CPUs could be a huge generational leap for boost...