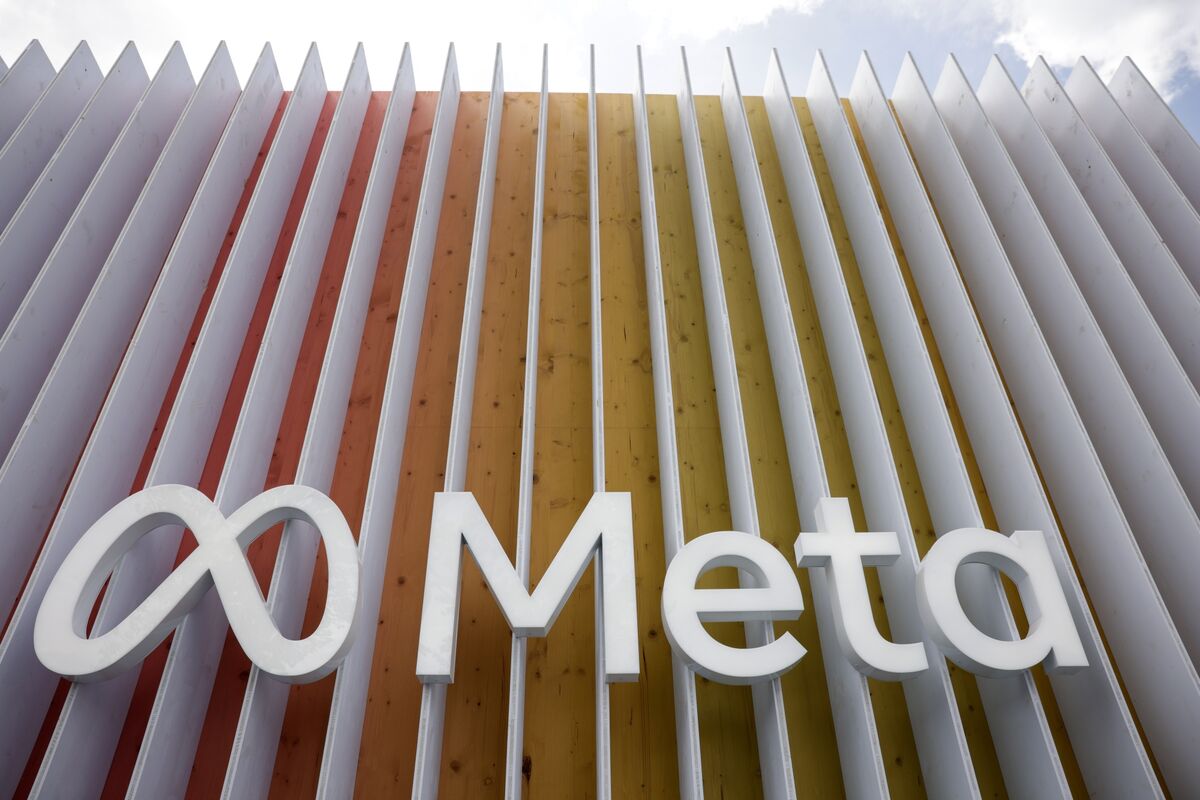 Meta Platforms Inc., one of the few S&P 500 companies without debt, is selling US corporate bonds for the first time on Thursday, as its cash flow and stock price fall.

The social media giants bond sale may be $8 billion to $10 billion, in as many as

four parts, according to a person with knowledge of the matter. The longest portion of the offering, a 40-year security, may yield 1.75 to 1.8 percentage points above Treasuries, said the person, who asked not to be identified as the details are private.

The companys stance on borrowing may have shifted with the state of its business. Meta

just posted its first year-over-year quarterly revenue decline, citing uncertainty in the digital advertising market, which has driven its growth for years.

The parent of Facebook and Instagram is concerned that young people are abandoning its platform for ByteDance Ltd.s TikTok. And it has big, expensive ambitions to build a whole new version of the internet in the Metaverse, an immersive virtual reality world where Chief Executive Officer Mark Zuckerberg imagines we will communicate, work and shop in the future.

Proceeds from the bond sale can be used for purposes including capital expenditures, stock repurchases, and acquisitions or investments. The company may be more likely to use the money to significantly bolster its share buybacks, and hire and retain talented employees, rather than boost spending on Metaverse investments, according to Bloomberg Intelligence analysts Mandeep Singh and Ashley Kim.

Meta has been using cash to repurchase stock, including $5.1 billion in the second quarter of this year, and had $24.3 billion available for buybacks as of June 30, according to its earnings release last week. Its stock price has more than halved from its high in September to $168.80 as of market close on Wednesday, making the repurchases cheaper.

Its stockpile of cash has dropped $23.6 billion from a year earlier, according to data compiled by Bloomberg. Thats among the biggest cash losses for non-financial S&P 500 corporations during the period.

Many of Metas large peers in the technology industry have borrowed heavily at low rates despite large cash piles. Including Meta, there are just 18 companies in the S&P 500 without outstanding short or long-term debt, excluding lease liabilities, as of the most recent quarter, according to data compiled by Bloomberg.

Over the past month, other tech companies including Apple Inc. and Intel Corp. have

ridden the rally in credit markets to sell debt. The companies are taking advantage of yields that have been drifting lower after surging all year, offering a moment of relative stability in the market.

The most recent high-grade debt sales from Meta’s peers

S&P Global Ratings has assigned Meta a AA- investment-grade rating, while Moodys Investors Service gave the tech giant an A1 rating, the equivalent of one step lower.

The A1 issuer rating is based on Metas strong credit profile which reflects the leading global position of its platform brands in social networking, supported by its extensive user base, Moodys said in a report.

Morgan Stanley, JPMorgan Chase & Co., Bank of America Corp. and Barclays Plc are managing the bond sale, the person said. Meta and the banks did a series of fixed-income investor calls Wednesday to market the sale.

With assistance by Jack Pitcher, and Sarah Frier Hitachi to Sell Half Its Machinery Unit Stake for...

Video: How much pressure is on Amanda Nunes going...

Veteran interpreter breaks down in tears after Zelensky remarks

Ghostwire Tokyo may be spooky but at least the...

The founder of the infamous Fyre Festival is planning...

The Hypersexualization of TikTok’s Teen Users

CFOs should watch these 3 ESG trends going into...

What the U.S. learned from the last time it...

Lawmakers in Bulgaria have voted to lift the country’s...

In Ukraine I witnessed unity, sacrificial love and a...

The EU just reached a deal to overhaul its...

BofA’s Cabana Says Fed Likely to Overdo It and...

Twitter’s new opt-in feature will remind you to add...