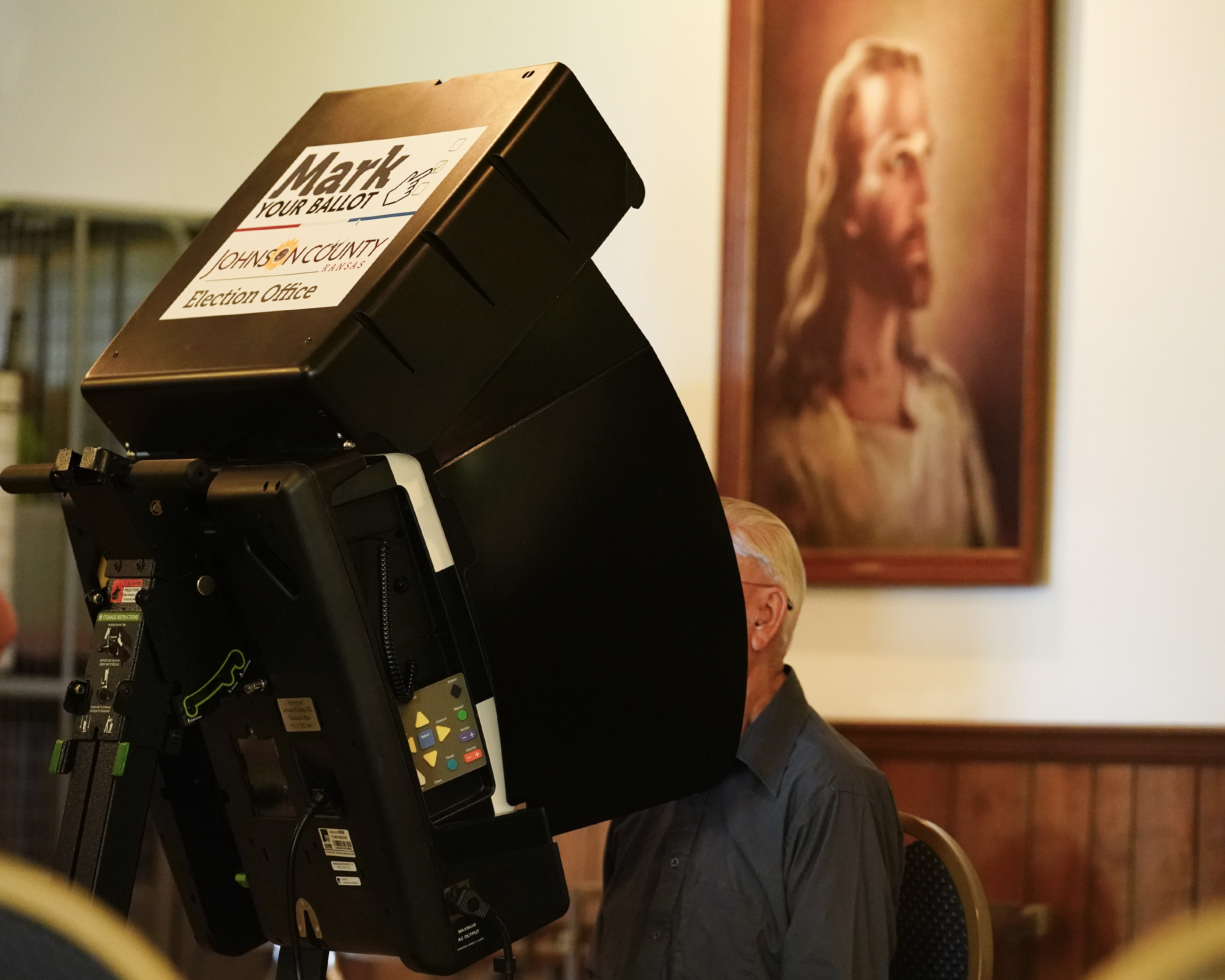 In November, American voters could send a small army of new Republicans to Congress, putting a brick wall in front of the Biden agenda and likely launching a chaotic new wave of investigations and Washington finger-pointing. But they might notand if they dont, the Democratic president could spend the next two years shaping the country with a small, battle-scarred but ambitious majority.

When it comes to gaming out the next three months, even at the most basic level, we dont really know what we think we know. For example, it is true that the party in the White House loses an average of 26 House seats and four Senate seats a number that would easily hand both chambers back to the GOP. But thats a bit like saying that if you put Bill Gates in a room with nine homeless people, their average wealth is $10 billion. Sometimes the White Houses party loses 50 or 60 seats. Sometimes its more like single digits. On three occasions in the last century, the White Houses party has actually gained seats.

More important, measuring midterms by what happens in the House of Representatives ignores the powerful political consequences of a split decision. The last midterm elections, in 2018, qualify as a wave election in the House, with Democrats picking up 41 House seats and control of the chamber. But on the other side of the Capitol, Republicans actually gained two Senate seats, which meant that Amy Coney Barrett became a Supreme Court justice, and dozens of Donald Trumps appointees were confirmed to the federal bench. Right now, that split decision looks like a real possibility. (Thats cold comfort to Democrats hoping that one or two more Senate seats would open up a range of legislative possibilities if the House flips, it doesnt matter if Senators Manchin and Sinema lose their chokeholds on the Democratic caucus.)

With all that in mind, heres a by-no-means complete look at the biggest political unknowns roughly 100 days out:

Can Biden and the Democrats pull off a major legislative triumph?

With Joe Manchin as a born-again semi-progressive, a last-minute achievement seems within reach: major climate change provisions; the ever-popular, never-enacted power to negotiate drug prices; a tax hike on the affluent. But the bill has to pass muster with the Senate parliamentarian; without her approval, it cant be passed under the Byzantine reconciliation process and would need an impossible 60 votes to pass. It also has to win the approval of Senator Kyrsten Sinema, as well as a critical group of House moderates.

If it does pass, will it matter politically?

If you dwell in the Kingdom of Politics, the passage of legislation is treated as profoundly significant. If Congress were to pass the Inflation Reduction Act, on top of the CHIPS Act to bolster the semiconductor industry, and last years infrastructure act, this would, by Washingtons measure, provide Democrats with a powerful argument.

But voters dwell in the Kingdom of Normal Life. Will simply passing three bills make a difference to them? Lets look at the three midterms where the White Houses party actually gained seats in Congress. In each case, there was tangible evidence of achievement outside of mere bill-passing. In 1934, even with a massive unemployment rate of 20 percent, there were New Deal programs putting people to work, an economic growth rate of more than 10 percent, and a banking system saved from ruin. In 1998, even with President Bill Clinton enmeshed in scandal, the combination of low unemployment, low inflation, real wage growth and impending budget surpluses was enough to give Democrats five more House seats. Four years later, voters went to the polls with a very different kind of national issue in mind: the wounds of Sept. 11 were still raw; President George W. Bush had successfully displaced the Taliban from Afghanistan; and the momentum of the Global War on Terror was powerful enough to give Republicans eight more seats in the House and two Senate seats.

What about this November? It seems worth asking some tough questions about those Democratic achievements. Are any of the infrastructure projects promised in last years bill up and running? Has broadband come to rural America? Are the roads, bridges, rail lines a reality? (This is no criticism; it just takes time for major projects to move forward.) Will prescription drug prices have come down in 100 days? Will the air and water be any cleaner? As a matter of substance, Democrats will have plenty of talking points. As a matter of political impactwe just dont know.

How powerful will abortion be?

It isnt just the margin in the Kansas abortion vote, its the turnout. For decades, theres been a debate about whether the overturn of Roe v. Wade would trigger a significant political response. (Ive tended to the skeptical.) But with the reality of Roes erasure, and the draconian responses in state legislatures, the vote in Kansas suggests there is in fact a politically significant cohort that will turn out, even in a deep-red state, to preserve the right to an abortion.

But abortion as an issue will literally be on the ballot in a few states this fall at most. (Democrats might wish it otherwise, remembering that in 2004, gay marriage bans were on the ballot in 11 states, and passed in all of them, to the decided advantage of George W. Bush.) The question for Democrats is whether they can make GOP candidates stand-ins for a vote on abortion for instance, by pushing them to take a stand on a federal abortion ban. Indeed, Democrats will likely try to nationalize the issue by arguing that a vote for a Republican Congress is a vote to ban abortion.

The question is whether that will override concerns over crime, inflation, and other issues that favor Republicans. The answer iswe dont know.

Trump is on the ballot

The former president isnt literally running, of course, but hes found a way to make himself the main character in plenty of races not just by endorsing, but by supporting a raft of candidates who specifically back his bogus claim that he won the presidency. And hes come down hard on Republicans who voted to impeach him for it.

While Trump didnt manage to wreak vengeance on all of his targets, the primaries so far showed that the 45th president still dominates his party. More than 100 election deniers won primaries, including an entire slate in Arizona (assuming Kari Lake prevails in the governors race). With Trump, all but announcing his presidential ambitions, is his looming shadow enough to motivate Democrats (and less-conspiratorial Republicans) to show up, and lessen the political impact of President Bidens historic unpopularity? In that case, we could see a very unusual midterm election in which the unpopularity of the sitting president is mitigated by the unpopularity of the opposition partys most visible figure.

If these are not enough unknowns, here are a few more: Does inflation stay high? If it drops in the next two months, as some economists think, will that make the issue less potent? If voters near-tribal party preferences continue to be a dominant factor in voting, will that make problematic candidates like Mehmet Oz, Herschel Walker and Doug Mastriano acceptable to enough people to win?

There are times when its possible to divine the outcome of a midterm well in advance. Before Obama was even inaugurated in 2009, his economic teams gloomy forecast of a slow, halting recovery led David Axelrod to exclaim were gonna get our asses whipped in the midterms. He was right.

The Kansas abortion vote is just the latest sign that this is not one of those times. History still points to a good night for Republicans. But sometimes, history takes the night off. 5G will reach one billion subscribers this year

Russia strikes Kyiv for first time in weeks as...

Deputies Rip Out Lock for Eviction Only to Realize...

Rail unions refusing advance payments in favor of a...

Logitech MX Mechanical: A gaming keyboard for work without...

The Press Fumbles Again on Ukraine

Apple M1 chip has an ‘unpatchable’ security flaw, but...

The Silent Hill universe is expanding with three vastly...

Opinion | The Chinese Threat No One Is Talking...

More entertainment coming to Magic Kingdom Park for the...

Behind the scenes with FOX NFL Crew: National Tight...

5 things to watch on Fox Nation This January

Farmer Bathes Then Blow-Dries Lamb and the Difference Is...

A weekend guide to Nantucket

Kenya election: Taking on the sexist bullies to stand

Formula E will unveil its Gen3 car on April...

Apple’s M1 Ultra Mac Studio is heavier due to...

1 officer killed, 2 others wounded by gunman in...

Is Putin Closer to Declaring Victory in Ukraine?

As Mariupol hangs on, the extent of the horror...

This Wireless Surround System Is the Future of Home...

Team USA could change its country’s perception of soccer...

Aidan Hutchinson ‘has a lot of juice to him,’...

Restraining order against anti-abortion activists extended
Investors are pricing in an 80% chance of a mild U.S. recession...