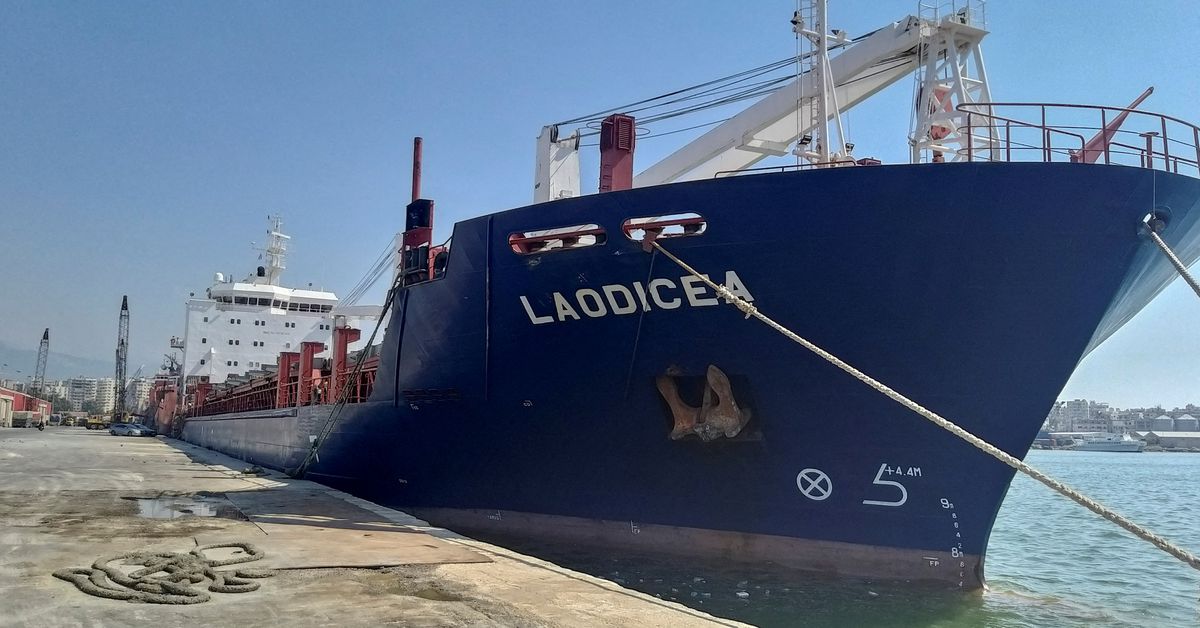 BEIRUT, Aug 3 (Reuters) – Lebanons Tripoli port authorised the departure of a Syrian ship carrying grain suspected to have been stolen from Ukraine and which had docked in the port city a week ago, Lebanons transport minister said in a tweet.

Ali Hamie said the Laodicea, a ship blacklisted by the United States in 2015 for its role in the Syrian conflict, would be allowed to travel onto Syria.

The Lebanese judge who had issued the seizure order for the ship confirmed to Reuters that it would be allowed to leave.

Ethiopian journalist accredited to AP is released on bail

An Examination of Impact Investing (Podcast)

She thought a dark moment in her past was...

Final Tweets by Bob Saget Before His Sudden Death...

Zelensky says if negotiations fail with Russia, there would...

Diplomatic, military tensions continue to rise in wake of...

Of course Apple is charging $150 for a Thunderbolt...

The Debate Over What Books Your Children Should And...

The Hundred: Mark Wood and Heather Knight part of...

The State Of Netflix Debt (Radio)

Man Shot Dead While Working Out at Gym: Police

2 busloads of migrants dropped off near VP Harris’...

Man guilty of stabbing friend to death in Larkhall...