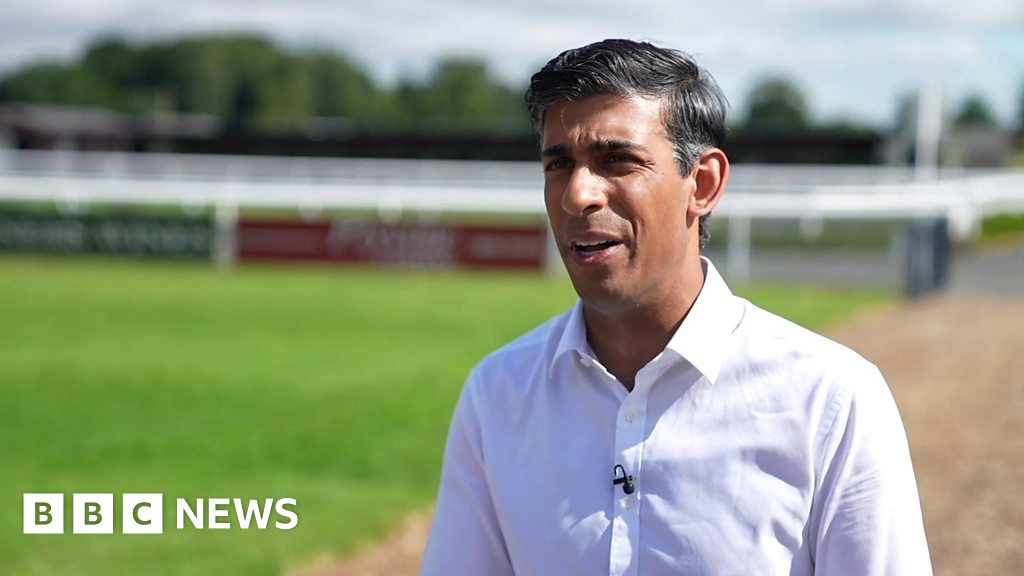 Tory leadership contender Rishi Sunak says polls show he is in the “best place” to win over the UK in a general election.

Ahead of a hustings in Cardiff, he told the BBC’s Walescast podcast he had the “broader support” from MPs and he was “confident” of winning over the party membership.

Either Mr Sunak or Liz Truss will be declared the new leader on 5 September, taking over as prime minister the next day.

Mysterious new Raspberry Pi alternative is the size of...

Paraguay rebel: Anger as body taken into jail for...

Analysis of the top geopolitical risks facing our world...

Worcester Warriors to appeal against Premiership suspension and relegation

Kevin Spacey hails Italy museum for having ‘the guts’...

Dumpy, the giant frog that went viral on TikTok,...

Tesla hikes price of Model Y after US alters...

Scholz calls for EU to open accession talks with...

Twitter is now testing its Spaces tab on Android...

Grace Victory: ‘Three months in a coma has taught...

US to lift COVID testing requirement for air travelers...

Mexico’s ex-AG charged with mishandling probe into disappearance of...

Figure skating-Canada’s Messing on his way to Beijing after...

Web.com has made a major move into the ecommerce...

Metformin for dementia: Could a diabetes drug slow cognitive...

Pakistan vows to arrest masterminds of IS mosque attack

A new round of migrants, via the Rocky Mountains

Democrats Retain Control of US Senate With Nevada Victory

Reston gets its station back after 58 years

The automotive empire fugitive Carlos Ghosn once held together...

Acer launches Aspire Vero for eco-conscious consumers in the...

Not proven verdict in neighbour death trial in Inverness

Uniper’s Finnish owner should contribute to its rescue, German...

Your Android smartphone could be getting a popular iOS...

FCC will start kicking voice providers out of its...

Is it the bootstrapper’s time to jump on the venture treadmill? –...