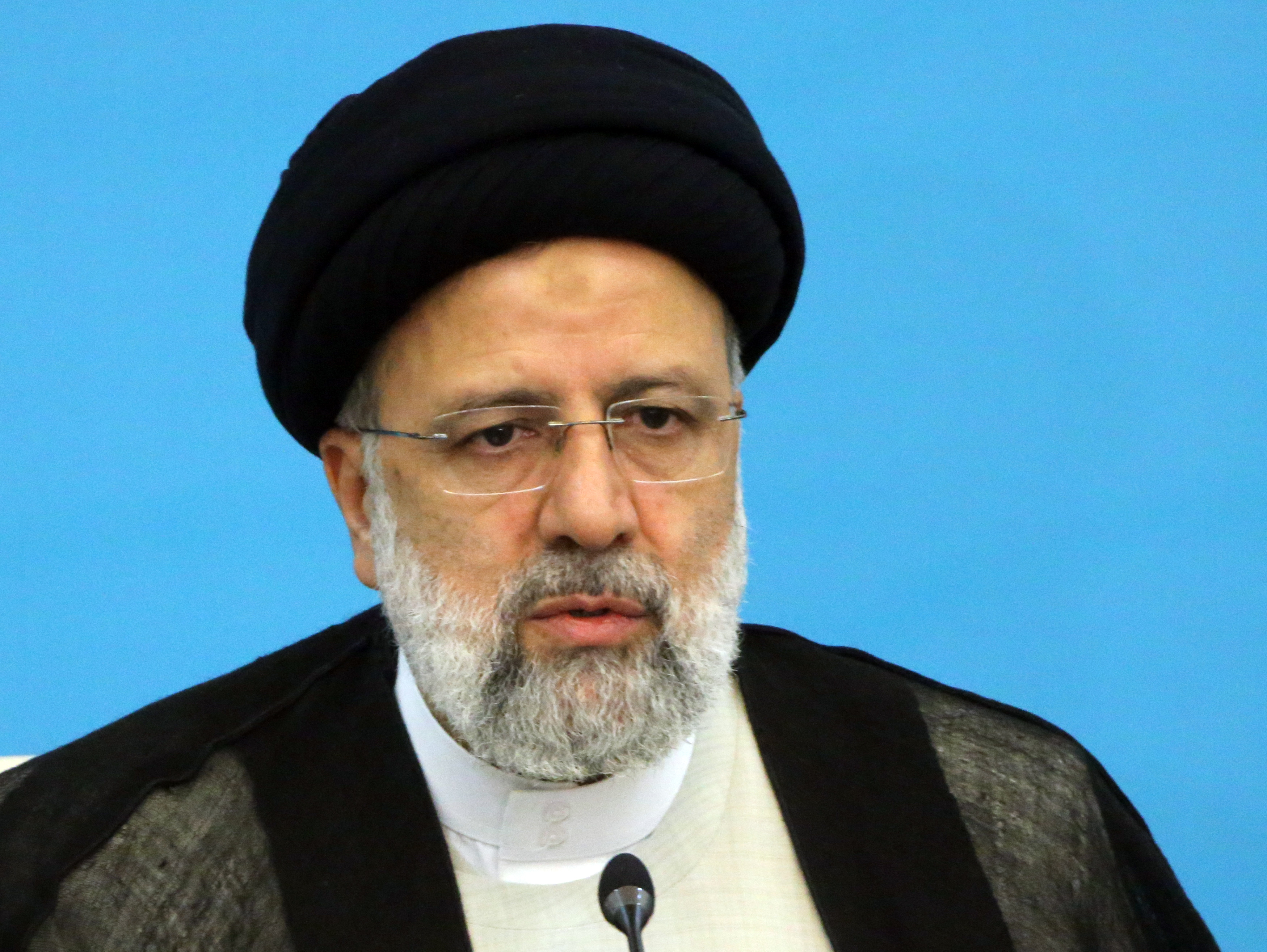 Iran has said its hardline president Ebrahim Raisi will attend the U.N. General Assembly in the city next month, in an announcement that came only days after state media in the Islamic republic made a nuclear threat against the region.

A long-standing opposition group, the National Council of Resistance of Iran (NCRI), told Newsweek that the U.S. State Department should not grant a visa for Raisi, who still faces U.S. sanctions over human rights violations.

On Monday, Iranian government spokesman Ali Bahadori-Jahromi said “preliminary planning” had been undertaken for Raisi to go to the U.N. General Assembly, which opens on September 13.

But it comes on the heels of a video on Iranian state media which said that Tehran could use its nuclear-capable intercontinental ballistic missiles (ICBMs), “to turn New York into ruins and hell in case of a hostile act by the U.S.”

The video from Bisimchimedia, linked to the Islamic Revolutionary Guard Corps (IRGC), which is on the U.S. list of foreign terrorist organizations, boasts about Iran’s nuclear program, which has been a thorn in the side of relations between Tehran and the west.

On Monday, Secretary of State Antony Blinken backed an EU proposal to salvage the Iran nuclear deal struck in 2015 known as the Joint Comprehensive Plan of Action (JCPOA), which the ex-President Donald Trump withdrew from.

The video that was translated and tweeted by Iranian journalist M. Hanif Jazayeri said that an underground facility in Fordow housed a “nuclear deterrent” program called the Emad project.

It said Iran’s “peaceful” nuclear program can be transformed into a “nuclear weapons program in an instant and turn the West and Israel’s nightmare into a reality.”

“His regime just threatened to strike NYC with missiles. @StateDept should NOT grant him a visa,” Jazayeri wrote on Monday in a tweet, which referenced accusations Raisi ordered the executions of detained leftists in 1988 while chief prospector of the Tehran revolutionary court.

Raisi, an ultra-conservative former judiciary chief who in August 2021 took over the presidency from the more moderate Hassan Rouhani, has denied he played a role in the executions, which rights groups have said number around 30,000.

But he has been under U.S. sanctions since November 2019 for “complicity in serious human rights violations” and missed last year’s General Assembly because of the COVID-19 pandemic, although a pre-recorded video of his address was played.

Shahin Gobadi, of the Foreign Affairs Committee of the NCRI, which calls for the overthrow of Tehran’s regime, said Raisi’s human rights record should preclude him from coming to address the UN.

He said Raisi was “directly involved” in the 1988 massacre of 30,000 political prisoners, most of whom were activists of the dissident group Mujahedin-e Khalq (MEK). Gobadi said that as head of the judiciary, Raisi “oversaw the murder” of at least 1,500 protesters during the November 2019 uprisings against the Iranian government.

“Instead of hosting Raisi, the United Nations must hold him accountable for crimes against humanity and genocide,” Gobadi told Newsweek, and “anything less would be an affront to the very principles and values that constitute the foundation and the charter of the UN.”

“Like his predecessors, he is certain to use the U.N. podium to spew hatred and vengeance and justify the regime’s egregious human rights abuses at home and malign activities abroad.”

Newsweek has contacted the Iranian foreign ministry and the U.S. State Department for comment.

How Singapore and Hong Kong Stack Up as Financial...

Australia’s Pandemic-Era Ban on Cruise Ships Comes to an...

After Her Son Was Murdered, A Judge Fights To...

Over-the-counter hearing aids expected this fall in US

“Ukraine is the breadbasket of the world”

Joe Concha details the value of a Trump endorsement

Ukraine military fortifies cities in the east, ready to...

NASA moon rocket back in hangar, launch unlikely until...

How to become a business analyst – Fortune

Murphy calls Florida gun law the ‘right one’ as...

Best JBL deals at Amazon ahead of Amazon Prime...

Covid-19: Relief mixed with concern as regulations removed in...

Non-binary in Iraq: ‘People get killed’

Four-year-old Montrose boy may not have died if medical...