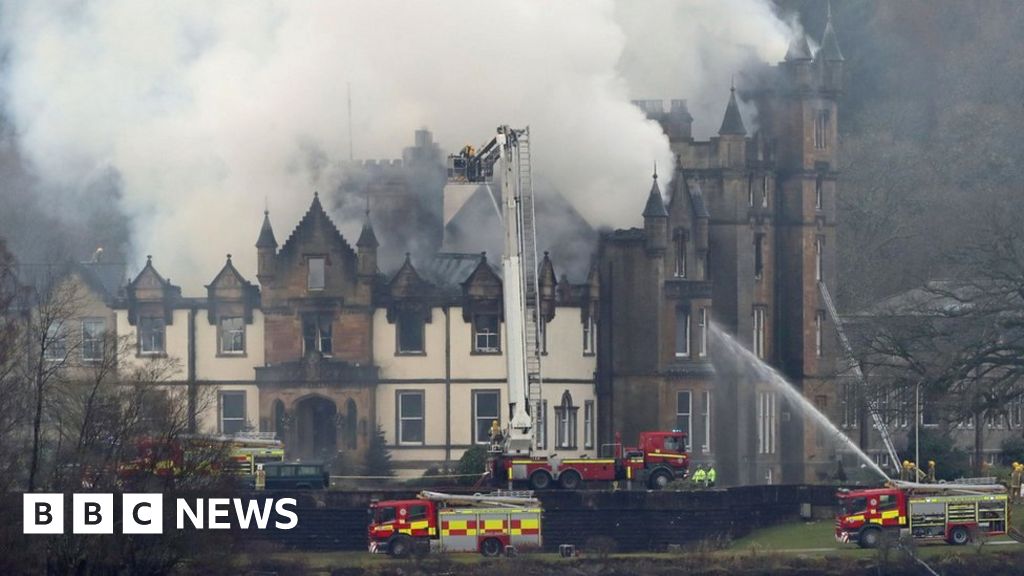 A fatal accident inquiry (FAI) into a hotel blaze that killed two guests will get under way later this month, a court has heard.

Simon Midgley, 32, and his partner Richard Dyson, 38, died in a fire at Cameron House Hotel, on Loch Lomond, in December 2017.

A preliminary hearing on Tuesday confirmed an FAI to investigate the incident will be go ahead on 15 August in person at Paisley Sheriff Court.

Lawyers representing Cameron House, staff who worked at the hotel at the time of the fire, the Crown and the Scottish Fire and Rescue Service appeared via video link before Sheriff Thomas McCartney.

The court heard that a statement by the resort manager at the time, Andrew Rogers, is to be received to form part of the evidence ahead of the hearing’s start date.

The legal representatives discussed matters regarding physical evidence being provided at the official hearing, including an improved floor plan of the hotel and relevant CCTV footage, and the availability of witnesses.

Sheriff McCartney confirmed the date for hearing submissions following evidence to be 7 November.

Image caption, Firefighters arrived within 10 minutes of the 999 call

Dumbarton Sheriff Court heard in January last year that the fire started after night porter O’Malley emptied ash and embers from a fuel fire into a polythene bag and placed it in a cupboard which contained combustibles including kindling and newspapers.

O’Malley admitted breaching sections of health and safety laws which relate to the obligation on an employee to take reasonable care for the health and safety of people affected by their acts or omissions at work. Germany reducing embassy staff in Kyiv due to potential...

Sri Lanka President Gotabaya Rajapaksa due to resign after...

Ex-deputy gets 18 years after detainees drown in locked...

The mayor is an ex-cop, and it shows

UN calls for evacuation of children trapped in besieged...

Somalia’s new president to be elected by parliament behind...

Why an ergonomic mouse and keyboard have been my...

You might want to turn off your Oculus Quest...

Here’s where YC’s latest batch of founders are placing...

Why did Liz Truss u-turn over public sector pay?