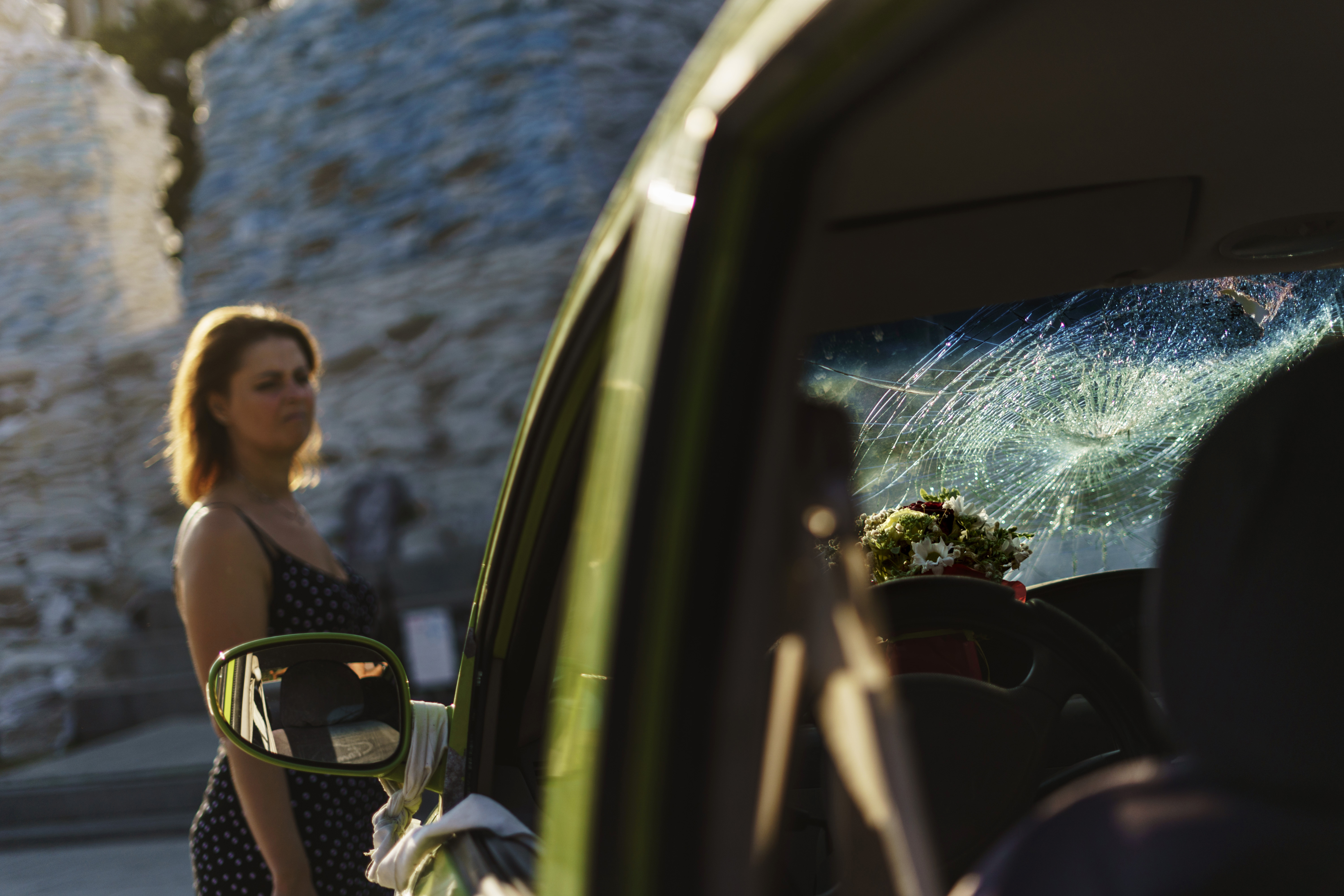 There was no immediate information on where the drone began its flight; Sevastopol is about 100 miles south of the Ukrainian mainland and Russian forces control much of the mainland area along the Black Sea.

In the Sumy region in Ukraines north, near the Russian border, shelling killed one person, the regional administration said.

Three people died in attacks over the past day in the Donetsk region, which is partly under the control of Russian separatist forces, said governor Pavlo Kyrylenko.

Mykhailo Podolyak, an adviser to President Volodymyr Zelenskyy, said Sunday on Twitter that images of a prison where at least 53 Ukrainian prisoners of war died in an explosion on Friday indicated that the blast came from within the building in Olenivka, which is under Russian control.

Russian officials have claimed the building was attacked by Ukraine with the aim of silencing POWs who might be giving information about Ukrainian military operations.

Satellite photos taken before and after the attack show that a small, squarish building in the middle of the Olenivka prison complex was demolished, its roof in splinters.

Podolyak said those images and the lack of damage to adjacent structures showed that the building was not attacked from the air or by artillery and contended the evidence was consistent with a hyperbaric bomb set off inside.

US coastlines to experience ‘profound’ sea level rise by...

Covid: Former minister calls for Johnson to go and...

Global daily COVID deaths will almost double in the...

Sterilization has a long troubled history in the US...

Prominent German mosque to sound call to prayer for...

Power Rankings: Alabama, Purdue are both on historic rolls

Measures to stem spread of omicron in UK dropped

Child abuse report: Deaths of Black children up in...

Swastika found on window shade at US Embassy in...

Foes and friends of Iran deal ready for another...

McDonald’s bringing back the chicken Big Mac shows the...

Welcome to Golden Age of the Private Club…

Crypto’s downturn has taken a toll on another sector:...

Ketanji Brown Jackson confirmed by Senate to the Supreme...

German business confidence stuck at lowest since May 2020

Man convicted in death and dismemberment of New Mexico...

Bumble expanded its gender options. But some users say...

Canadian authorities look to the courts to break blockade

These were the most popular subreddits of 2022

I’m a Stranger Here Myself

Worcester Warriors: Premiership club in dialogue with HMRC over...

Amid tensions with China, Taiwan shows off military drones

Woman shot to death on railroad tracks in Commerce

The ‘Babylon 5’ reboot will survive the sale of...

BOJ Kuroda: Widening of yield band not step towards...

Why Am I Not Losing Weight? 11 Common Exercise...