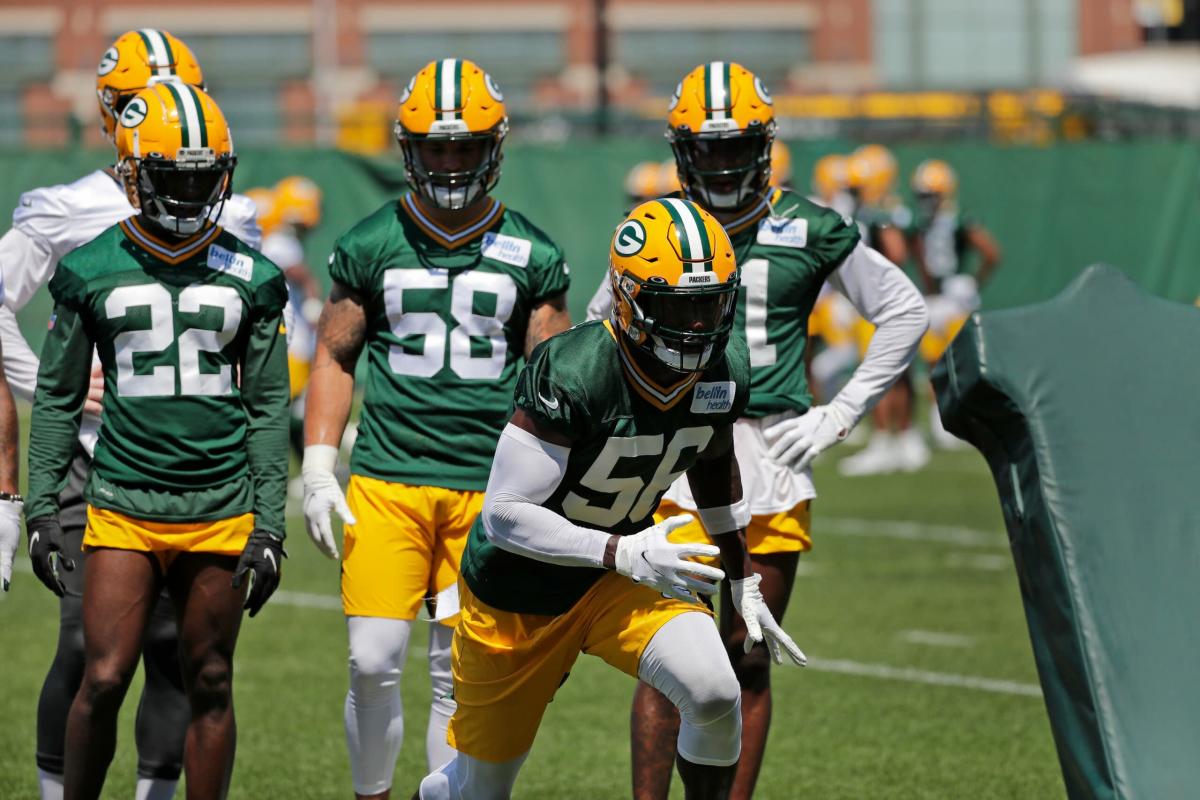 The Green Bay Packers competition for depth spots at outside linebacker was bolstered by the return of Randy Ramsey, who has missed the last year while recovering from a significant ankle but finally came off the PUP list on Friday.

Coach Matt LaFleur made it clear that the backup spots behind entrenched starters Rashan Gary and Preston Smith is still wide open through the first week of training camp.

Right now, its pretty clear cut who are 1 and 2 are, but as far of 3 through 5, I think its anyones guess, LaFleur said Saturday. Its going to be about how these guys develop and produce when given their opportunities.

Garvin, a 2020 draft pick, played 395 snaps for the Packers defense last season, while Galeai was on the field for 152 snaps. Hamilton saw action in six games. The Packers used a fifth-round pick on Enagbare, who should get a chance to contribute right away.

Ramsey was a mainstay on the Packers special teams groups during the 2020 season and was in line for another big role in 2021 before the injury hit.

Quietly, outside linebacker is one of the Packers shakiest positions in terms of depth. The Packers need a young player to step up and grab hold of a top backup role behind Gary and Smith this summer or general manager Brian Gutekunst might have to go shopping on the veteran market before the start of the regular season.

SEAN HANNITY: Every voter needs to do their part...

CDC expected to ease Covid-19 recommendations, including for schools,...

Ukrainians celebrate the holidays amid war

Billionaires’ feud over world-beating cable escalates with claims of...

‘Sifu’ is getting difficulty options to help more people...

What PR firms are doing for Ukraine’s Ministry of...

Domino’s has been run out of Italy in just...

T20 World Cup Qualifier: Ireland one win away from...

ASML Says Chip Controls Won’t Have Much Effect on...

How to Stop ChatGPT from Going Off the Rails

Man charged with murder in weekend slaying of Indiana...

Polls open in Kenyan presidential election said to be...