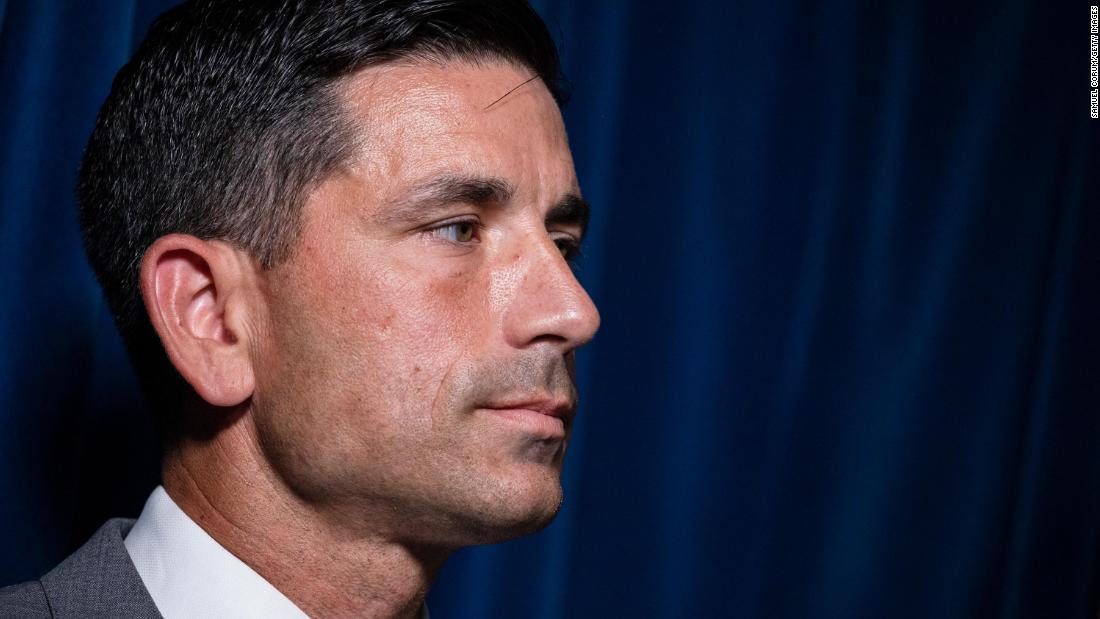 (CNN)Chad Wolf, an acting secretary of the Department of Homeland Security during the Trump administration, has been interviewed by the House select committee investigating the January 6, 2021, insurrection, a source familiar with his deposition tells CNN.

Both Wolf and one of his top deputies, Ken Cuccinelli, sat for interviews with the committee around the same time, according to the source. CNN previously reported the Cuccinelli interview and that the committee had reached out to Wolf.

While it is unclear if the committee is interested in speaking to Wolf again related to the possible deletion of records, he is among a growing list of cabinet secretaries who were in office on and after January 6, 2021, who could’ve been privy to conversations related to the 25th Amendment. Wolf resigned from his post on January 11, 2021.

The committee has shown interest in the deliberations around the 25th Amendment.

A spokesperson for the select committee declined to comment on Wolf’s cooperation with the committee.

VAR to run in background of Scottish Premiership games...

Uber boosts Q1 profit guidance as the world gets...

Your next Lyft in Las Vegas might be a...

Antonio Brown appeared to address his bizarre exit with...

Rochester reaches settlement over death of Daniel Prude in...

Woman gets prison sentence for causing death of elderly...

Government’s drug and alcohol plans must be clearer, says...

Analysis: Russia is bruised. Can Ukraine land another blow?

In private, vulnerable Senate Dems back off tech bill...

Rooftop Revelations: Mentorship and ownership is the solution to...

White Sox to hold moment of silence due to...

A Book from the Brink

Making room at the cap table: A new plan...

Brian Cox: I’m so proud of my fellow Dundee...

Opinion | When It Comes to Inflation, Our Focus...

Is Aaron Rodgers to blame for Packers’ thin WR...

A live-action ‘Speed Racer’ series is headed to Apple...

Software vendors are hiking prices, but don’t be fooled...

‘Leave It to Beaver’ star Tony Dow’s cancer has...